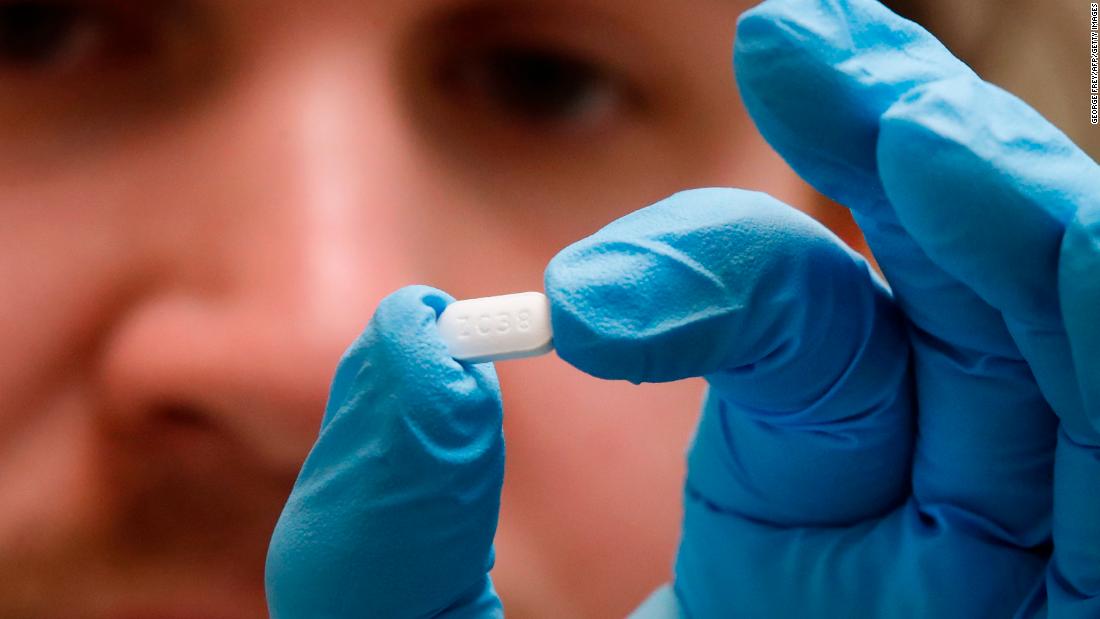 Researchers looked at data from more than 96,000 Covid-19 patients from 671 hospitals. All were hospitalized from late December to mid-April and had died or been discharged by April 21. Just below 15,000 were treated with the antimalarial drugs hydroxychloroquine or chloroquine, or one of those drugs combined with an antibiotic.

“Previous small-scale studies have failed to identify robust evidence of a benefit and larger, randomised controlled trials are not yet completed,” Dr. Frank Ruschitzka, director of the Heart Center at University Hospital Zurich and the study’s coauthor, said in a statement.

“However,” he said, “we now know from our study that the chance that these medications improve outcomes in Covid-19 is quite low.”

President Donald Trump has repeatedly touted hydroxychloroquine as a potential coronavirus cure. Earlier this week he claimed he was taking daily doses of it as a prophylaxis to prevent infection.

There have been no published studies on the use of the antimalarial drug to prevent Covid-19.

“A couple of weeks ago, I started taking it,” Trump said. He said he started taking it after consulting the White House doctor, though he didn’t say his physician had actually recommended the drug.

Additionally, the study found serious cardiac arrhythmias were more common among patients who received any of the four treatments. The largest increase was among the group treated with hydroxychloroquine and an an antibiotic — 8% of those patients developed a heart arrhythmia, compared to 0.3% of the control group.

More than 1.5 million people in the United States have tested positive for coronavirus and nearly 95,000 have died, according to Johns Hopkins University.

Some states reopening ahead of Memorial Day

The country’s leading infectious disease expert is urging people not to stay holed up at home over Memorial Day weekend.

“We’ll be having people who want to get out there and get fresh air, Dr. Anthony Fauci said at the global coronavirus town hall. “You can do that. We’re not telling people to just lock in unless you’re in a situation where you have a major outbreak going on, we don’t have too much of that right now in the country.”

But that does not mean throw caution to the wind.

“Go out, wear a mask, stay six feet away from anyone so you have the physical distancing,” he said. “Go for a run. Go for a walk. Go fishing. As long as you’re not in a crowd and you’re not in a situation where you can physically transmit the virus.”

All 50 US states have now taken steps to ease stay-at-home restrictions, and those steps include reopening beaches for Memorial Day weekend. But authorities have also issued social distancing restrictions and capacity limits to keep beachgoers and communities safe.

Public and private beaches in New York, New Jersey, Connecticut and Delaware reopen Friday with certain restrictions, the governors of those states said in a joint announcement.

Some local officials are still wary, like the mayor of Point Pleasant Beach, Paul Kanitra. He told CNN that police will be on the beach this weekend to enforce social distancing by giving warnings or asking people to leave.

“Nobody wants to be the mayor from ‘Jaws’ who lets everyone back in the water a little too soon, right?” he said.

On Friday, North Carolina will allow restaurants to open their dining rooms with distancing rules. Barber shops and salons can also open with limitations.

Alaska is allowing all businesses to reopen, as well as houses of worship, libraries, museums and sporting activities, starting at 8 a.m. Alaska has the fewest cases of all states and has reported single-digit new cases since mid-April.

Iowa Gov. Kim Reynolds intends to allow movie theaters, zoos, aquariums, museums and wedding venues to reopen Friday. Swimming pools will be allowed to open for laps and lessons. Bars can reopen May 28, and school-sponsored activities, such as sports, can resume June 1, she said.

Indiana also plans to move ahead with opening a large swath of its economy Friday, but with restrictions such as limiting social gatherings to 100 people and dining rooms to 50% capacity, and omitting contact games from a list of sports allowed to resume.

But many cities remain under stay-at-home orders. In Baltimore, gatherings of more than 10 people are still prohibited and retail stores remain closed.

The US epidemic is far from over, scientists say

With just a small percentage of Americans reported as infected, the epidemic is far from over in the United States, according to a team of disease modelers at London’s Imperial College in the United Kingdom.

Even in the worst affected states, less than a quarter of the population has been infected, they wrote in a report, posted on the university’s website.

In New York, 16.6% of people have been infected, compared with 1% in California, the researchers said.

“Our estimates suggest that the epidemic is not under control in much of the US,” they wrote. “We predict that deaths over the next two-month period could exceed current cumulative deaths by greater than two-fold.”

Dr. Anthony Fauci, the director of the National Institute of Allergy and Infectious Disease, is “cautiously optimistic” about a vaccine candidate from Moderna, he said Thursday.

The company, which is working with NIAID, announced this week that early data from its phase 1 clinical trial showed positive results in volunteers who received the vaccine. Of the dozens of study participants, eight developed neutralizing antibodies at levels reaching or exceeding those seen in people who have naturally recovered from Covid-19.

Neutralizing antibodies bind to the virus, disabling it from attacking human cells.

“Importantly, it induced the kind of response that you would predict would be protective against the virus,” Fauci said.

“So although the numbers were limited,” he added, “it was really quite good news because it reached and went over an important hurdle in the development of vaccines.” 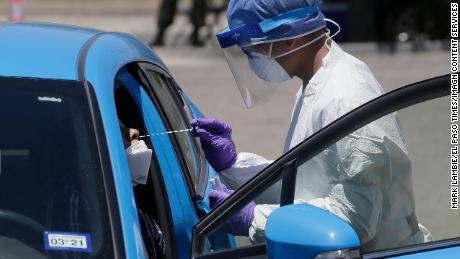 A vaccine developed by CanSino Biological Inc. and the Beijing Institute of Biotechnology has begun a phase 2 trial in Wuhan, China.

The vaccine, one of the first to begin human trials, was found to be safe and generated an immune response, according to another set of results published Friday in The Lancet — the first published results from human trials for a potential Covid-19 vaccine. No serious adverse events were reported within 28 days of the vaccination.

Another vaccine developed by Oxford University and AstraZeneca has also started recruiting participants for phase 2 human trials, according to a statement from the university. The study will enroll more than 10,000 adults and children. The group has not released any data about phase one.

US Defense Secretary Mark Esper on Friday reiterated his pledge to have the Department of Defense deliver a coronavirus vaccine at scale by the end of the year, despite skepticism about such an ambitious timeline.
“Absolutely it’s possible,” he told NBC. “And I’ve spoken to our medical experts about this, we are completely confident that we can get this done.”

About a third of coronavirus infections have no symptoms, the Centers for Disease Control and Prevention said in new guidance.

It said its “best estimate” is that 0.4% of people who show symptoms and have Covid-19 will die. And an estimated 40% of coronavirus transmission occurs before people feel sick. 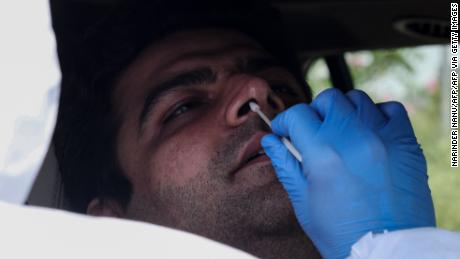 The guidance is intended for modelers and public health officials. The CDC notes that its numbers could change as it learns more about Covid-19, saying they do not “reflect the impact of any behavioral changes, social distancing or other interventions.”

The new numbers are based on real data received before April 29, it said. It characterized the numbers as preliminary estimates from federal agencies.