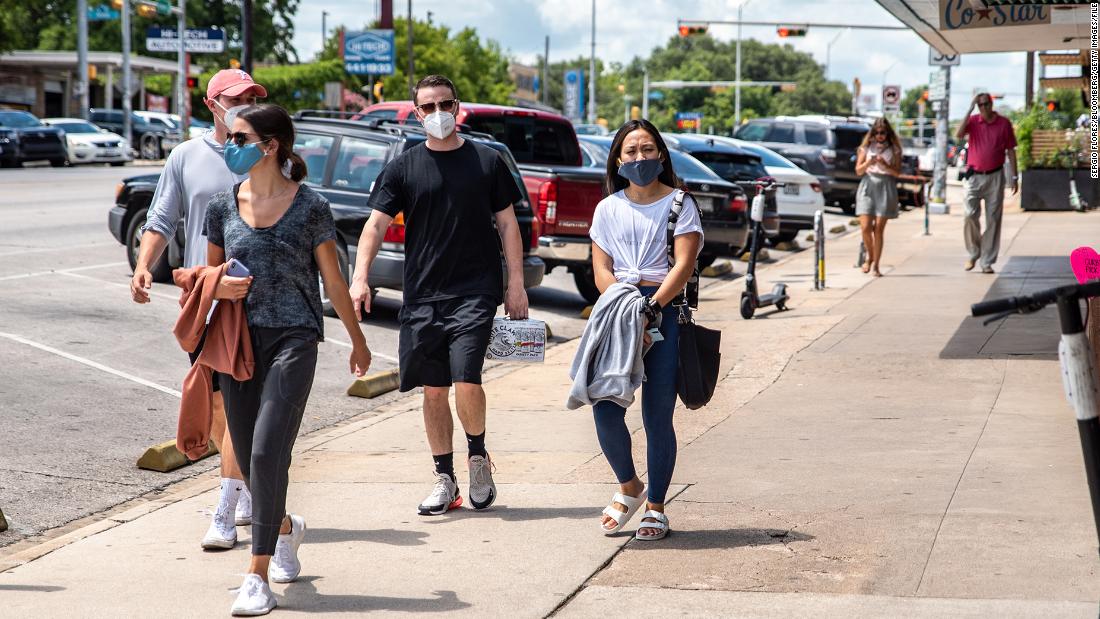 “We have the ability to keep businesses open and move our economy forward so that Texans can continue to earn a paycheck, but it requires each of us to do our part to protect one another — and that means wearing a face covering in public spaces,” Abbott said in a statement.

There are exceptions to the order, including Texans younger than 10 and people who have a medical condition that prevents wearing a mask.

The order also exempts “any person who is actively providing or obtaining access to religious worship, but wearing a face covering is strongly encouraged.”

Violators might be given a verbal or written warning, and in subsequent cases be fined up to $250.

The directive comes as Texas, like other states, sees a jump in cases. Texas on Thursday reported 7,915 new Covid-19 cases.

There have been more than 175,000 cases reported in the state — the second most populous in the US — since the pandemic began.

Just days before the July Fourth weekend the United States set another high for new coronavirus cases and at least 23 states were pausing reopening plans to combat mounting infections.
There were 50,655 new coronavirus cases reported nationwide Wednesday, a single-day record. It took a little over two months to record numbers close to that nationwide when the pandemic started. Last week, new cases had also soared to a record high.

The current spike in new cases is due to an increase in infections, not because of more testing, said Adm. Dr. Brett Giroir, assistant secretary for health for the US Department of Health and Human Services.

“There is no question that the more testing you get, the more you will uncover — but we do believe this is a real increase in cases,” Giroir told the House Select Committee on Coronavirus. The increase is believed real because the percentage of patients testing positive is going up, Giroir said.

Health officials are urging Americans to limit their holiday weekend festivities to avoid clusters of outbreaks.

“We know people are tired of being cooped up at home … but cases surged after Memorial Day,” said Dean Sidelinger, the Oregon state health officer. “We don’t want the same thing to happen over the Independence Day holiday.”

In Nebraska, officials warned residents to maintain a contact list for future tracing if they have to invite guests over for the holiday. They urged people to hold such events outdoors if possible, avoid sharing items such as sun screen and maintain social distancing.

The Fourth of July weekend could be the “perfect storm” for a spike in coronavirus cases, said Dr. Joshua Barocas, an infectious disease physician at Boston Medical Center. 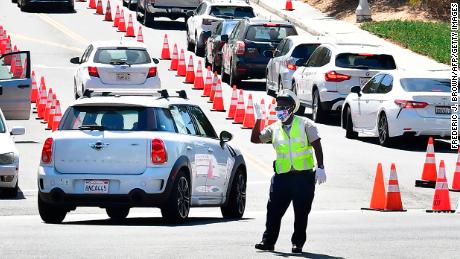 Traffic is directed at Dodger Stadium as people arrive for coronavirus testing in Los Angeles.

On Thursday, Johns Hopkins University reported 25,345 new cases in the United States and 323 reported deaths. The virus has killed more than 128,000 people and infected more than 2.7 million nationwide.

One thing that could slow the march of the coronavirus is the development of a vaccine. US Food and Drug Administration Commissioner Dr. Stephen Hahn said that the US remains on target to have a vaccine available by the end of December or early next year. 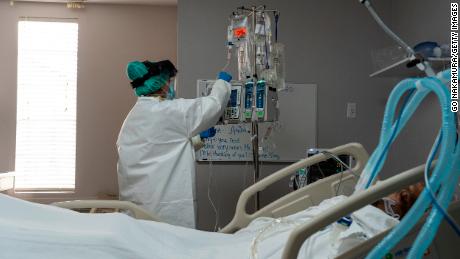 “FDA has given authorization to proceed with clinical trials for four separate vaccines and we’ve seen a number of vaccine developers come forward — double digit numbers — so we have a lot of different, if you will, shots on goal with respect to vaccines. That’s good news,” Hahn told ABC’s Whit Johnson during an appearance on “Good Morning America.”

“We are on target to reach a vaccine by year’s end or early next year, so I’m cautiously optimistic. Of course it depends upon the data that are generated from the trial.”

The US could have more than one Covid-19 vaccine by early next year as part of its Operation Warp Speed initiative, Gary Disbrow, acting director of the Biomedical Advanced Research And Development Authority, said during a Senate committee hearing on Thursday.

“We are fully engaged with multiple companies in the manufacturing phase,” Disbrow said.

Operation Warp Speed aims to deliver 300 million doses of a safe and effective vaccine for Covid-19 by January.

Georgia governor: ‘We’re not out of the woods yet’

Georgia Gov. Brian Kemp has been flying around the state encouraging people to wear face masks ahead of the holiday weekend, though he hasn’t issued a statewide mask order.

“We’re not out of the woods yet,” Kemp said Thursday during a news conference in Dalton. “We cannot get complacent.” 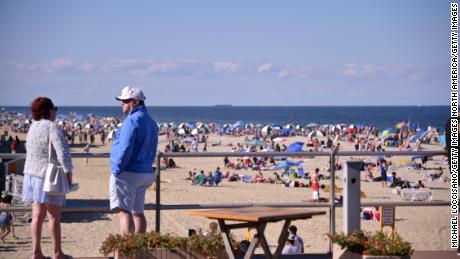 When asked to elaborate, Kemp said “We got a speed limit all over the state, here in town, on the interstate. Not everybody obeys by that.”

US Surgeon General Jerome Adams, who accompanied Kemp, said a mask is “an instrument of freedom if we all use it to slow the spread of Covid-19.”

“The fact is most people actually agree with wearing a mask, and if you look at surveys most people are doing it when they go out in public, but if you turned on the news you’d think nobody was wearing a face covering,” said Adams while speaking in Augusta.

The virus shows signs of resurgence

As new cases rise and states rethink reopenings, some areas that had made progress against the virus are showing signs of resurgence.

California was one of the first states to shut down with some of the most stringent measures. On Wednesday, it reported 9,740 new cases — a number that included over 3,800 previously unreported cases from a five-day period, officials said. 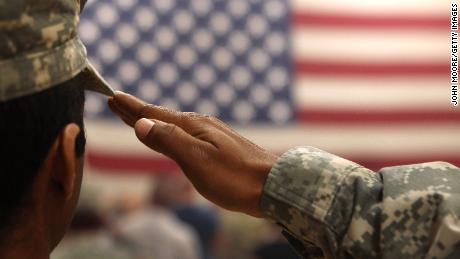 More than 28 million Californians live in counties where restaurant dining rooms, bars and other indoor facilities have been ordered to stay shut as Covid-19 cases increase. The closures affect 72% of the state’s population, and include restaurants, breweries, museums, zoos and movie theaters for at least three weeks, Gov. Gavin Newsom said.

“Bottom line is, the spread of this virus continues at a rate that is particularly concerning,” Newsom said.

Partly in reaction to Newsom’s order, the University of Southern California changed its plans to resume in-person classes in the fall semester and urged students to take online courses instead.

Michigan is closing indoor service at bars throughout most of the lower part of the state.

Other states including Florida, Georgia, Idaho, Louisiana, Maine and Nevada — which have all seen more than a 50% increase in cases — have paused or rolled back their reopening plans.

Nashville Mayor John Cooper announced the city would “revert” to “Phase Two with modifications” because “Phase Three has not been effective. We are going to go back to what we know is effective in slowing the spread of the disease.”