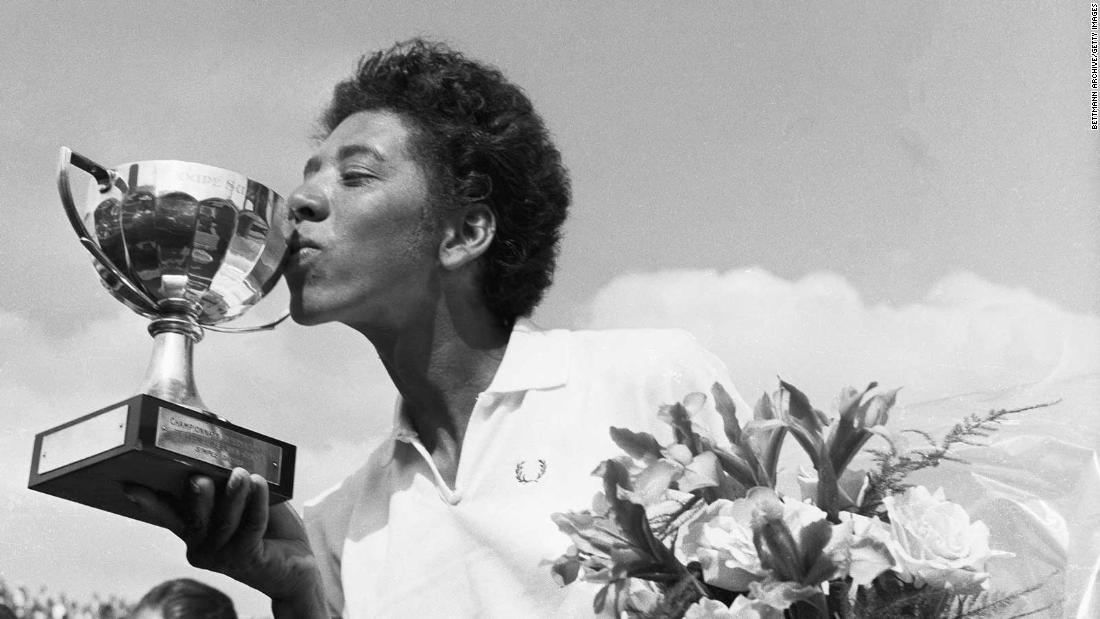 Long before Venus and Serena Williams, another tall, young Black woman shook up the staid world of tennis with her powerful serve and brilliant play.

She was Althea Gibson, and tennis had long been a segregated sport when her skill and strength broke the color barrier in the 1950s.

Gibson’s path to tennis stardom was unusual. She grew up in Harlem, on a block where – as luck would have it – New York City police blocked traffic so the neighborhood kids could play sports.

There she learned paddle tennis, and took to the sport so quickly she won a citywide tournament at age 12.

Recognizing her talent, neighbors raised funds to help pay for tennis lessons, and a career was born.

Gibson began winning local and regional tournaments, but was barred from national events because of her race. In 1950, though, after intense lobbying, she became the first African American to compete in the US National Championships – the precursor to the US Open.

In 1956, Gibson became the first Black player to win a Grand Slam tournament, the French Championships. The next year she was the first Black champion in the 80-year history of Wimbledon, receiving the trophy from Queen Elizabeth II.

By the time Gibson retired from tennis, she had won 11 Grand Slam titles and was the world’s top-ranked female player.

At age 37, she took up professional golf, becoming the first Black player on the LPGA tour. Racism followed her. Many country clubs refused to let her compete, fans taunted her with slurs and she was sometimes forced to change clothes in her car. But her success in two sports dominated by Whites inspired generations of Black athletes.

“I always wanted to be somebody,” Gibson once said. “If I made it, it’s half because I was game enough to take a lot of punishment along the way and half because there were a lot of people who cared enough to help me.”