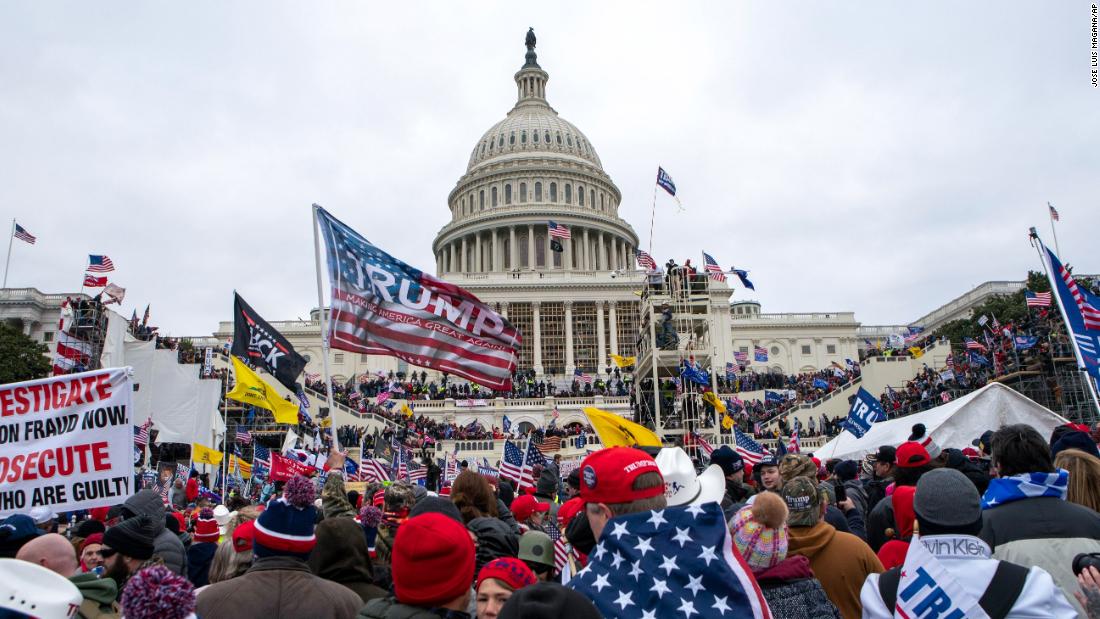 The first hearing, set for June 9, will be a broad overview of the panel’s 10-month investigation and set the stage for subsequent hearings, which are expected to cover certain topics or themes including what President Donald Trump was doing as the riot unfolded, the pushing of baseless election fraud claims that motivated rioters, how law enforcement responded to the attack, and the organizing and financing behind the January 6 rallies, sources tell CNN.

While the setup of the hearings is still a work in progress and evolving, sources note, the presentations will likely feature video clips from January 6, as well as some of the nearly 1,000 interviews the committee has conducted behind closed doors. That could help the committee share more testimony, as well as deal with potentially recalcitrant witnesses.

Multiple people who have been interviewed by the committee tell CNN they expect to be called as first-hand fact witnesses to the events on or around January 6, though none of them say they’ve been notified by the committee yet. Those people include former members of the Trump administration, former White House officials and rally planners.

At least one fact witness who has been deposed by the committee behind closed doors already told the panel they will refuse to testify publicly if asked, according to a source familiar with the matter. Other witnesses, including rally organizers, have indicated they may be willing to participate in public hearings under a certain set of ground rules, two additional sources familiar with the matter told CNN.

Among the key witnesses who sources say are likely to be called for the public hearings are former Justice Department officials Jeff Rosen and Richard Donoghue, the interim attorney general and deputy attorney general during the final month of the Trump administration. Both have testified to the committee about Trump’s efforts to pressure the Justice Department to investigate unfounded allegations of voter fraud after the 2020 election.

Neither Rosen nor Donoghue have been asked to testify at a public hearing, according to sources familiar with the matter.

Also expected to be on the final witness list for public hearings are top aides to former Vice President Mike Pence, including his former chief of staff Marc Short and former general counsel Greg Jacob.

It’s unclear if the committee will ask Pence to appear for public hearings, but two people familiar with the investigation say they would be very surprised if he testified.

“We understand the interest in talking to the vice president, and we haven’t made decisions at this point,” committee member Democratic Rep. Pete Aguilar of California told CNN’s John Berman on Tuesday morning. “But I can tell you that we continue to receive ample evidence that will help us in this discussion.

In January, the committee’s chairman, Democratic Rep. Bennie Thompson of Mississippi, told CNN the panel wanted to hear directly from Pence, but last month Thompson walked that back.

“There’s no effort on the part of the committee to get him to come in” Thompson said.

Former President Trump is also not expected to be asked to testify, according to two sources familiar with the investigation. Both sources indicated that they did not think Trump would cooperate in a productive manner, and doubt that he would agree to testify under oath in a public setting.

However, the committee is interested in calling back for the public hearings former White House staffers who observed Trump during the attack. The committee has long sought to determine what the former president did and did not do during the riot.

All-day meetings to sort through mountains of evidence

Along with its nearly 1,000 witness interviews, the committee has issued hundreds of subpoenas, obtained thousands of phone records and text messages, and poured over stacks of documents won in hard-fought court battles, including the White House records secured from the National Archives after a lawsuit went to the Supreme Court. Turning that work into compelling hearings for the American public will be critical to the committee’s overall success.

Planning sessions have become so demanding, committee staffers have been locked in all-day meetings to sort through key details including witnesses and hearing topics. Some of the panel’s nine members have instructed their personal offices to clear their schedules for the whole month of June.

Each of the committee’s nine members has been assigned to lead presentations of different topic areas, similar to how impeachment managers led certain portions of the two impeachment proceedings against Trump.

One source close to the committee told CNN that the panel has drawn on experiences from Trump’s two impeachment proceedings. Those hearings have served as a model of both what to do and not to do.

A key difference to typical committee proceedings is that the January 6 hearings will not feature the voices of prominent Trump supporters in Congress. The panel’s only two Republican members, Liz Cheney and Adam Kinzinger, are both outspoken critics of Trump.
The committee is still considering whether to subpoena any House Republicans who have refused to cooperate voluntarily, and if the list of lawmakers it wants to talk to should expand.

The June hearings will incorporate the work of the panel’s investigative teams, which have been designated different colors.

One of those teams, the gold team, has examined efforts by Trump and his allies to pressure Justice Department officials, as well as those at the state level, to overturn the results of the election. Thompson told CNN in January that the hearings would likely include testimony from state election officials, as well as former top members of the Trump Justice Department.

“They will be a combination of exhibits, staff testimony and outside witnesses,” Thompson told CNN last week. “Some of them will be people that people have not heard from before, and I think their testimony will be on point as to why this investigation was so important.”

The committee’s blue team has been examining how government agencies and law enforcement prepared for and responded to the January 6 attack. The green team was tasked with tracking money connected to January 6, including the funding behind the rallies.

The main goal of the committee in holding the hearings is to show that even though Trump was told repeatedly there was no election fraud, he continued to push forward with his campaign to overturn the election.

Looming over the June hearings will be a number of questions. Chief among them is whether the panel intends to make criminal referrals to the Justice Department, either for Trump or anyone else.

In March, a federal judge said that it was “more likely than not” that Trump attempted to corruptly disrupt the January 6 congressional certification of the 2020 election. A key goal for the hearings, sources say, will be shedding light on what Trump was doing as the riot unfolded, including establishing a timeline for the 187 minutes between when the violence began and when Trump finally released a video telling rioters to go home.

Asked by CNN’s Berman on Tuesday if he believes Trump’s inaction during the riot constitutes a dereliction of his duty as commander in chief, Aguilar said that he did.

“Yes. I think that the president had every opportunity to walk into the press room, to tweet, to talk to the American public, and to tell these insurrectionists to go home, to tell them we’re going to have a peaceful transition of power,” Aguilar told Berman. “That’s a hallmark of democracy. And each and every step of the way he chose not to do that.”