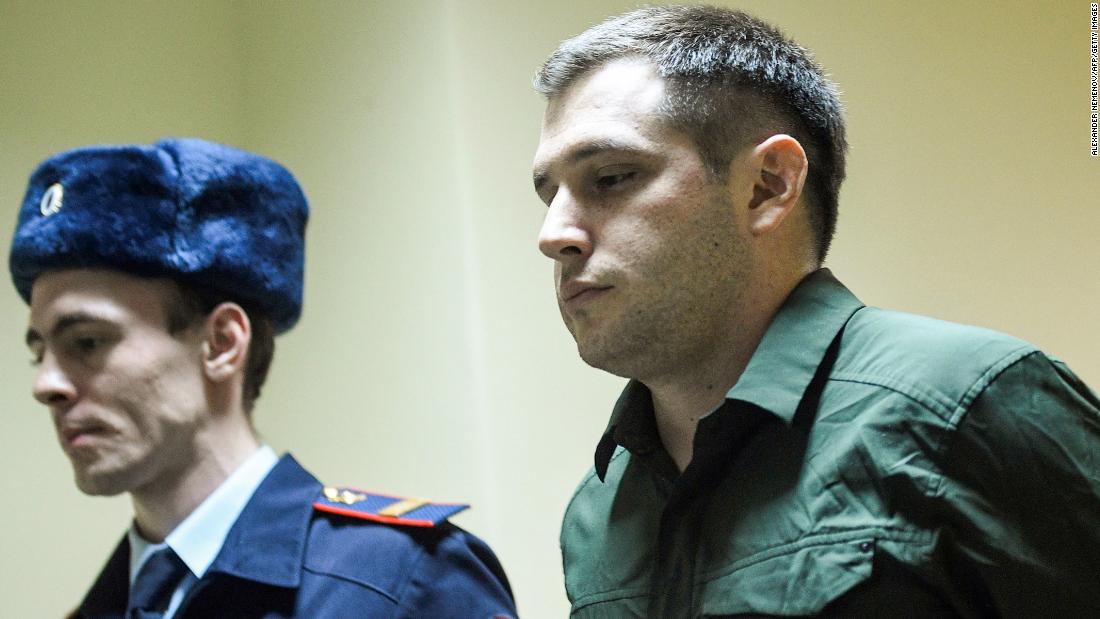 The release ends a nearly three-year ordeal for Reed, who was sentenced to nine years in prison in July 2020 for endangering the “life and health” of Russian police officers in an altercation. Reed and his family have denied the charges against him.

Reed’s release will not impact the US approach to the war in Ukraine, senior administration officials said.

“I’m going to try not to cry, because he doesn’t want me to cry,” Reed’s mother, Paula, told CNN’s Brianna Keilar on “New Day” Wednesday. “Obviously, I’m going to cry a little bit, give him a big hug, and just, you know, give him hugs and it will be the four of us together again (for the first time) in a few years, so it’s going to be great.”

Reed’s release is part of a prisoner swap for Russian citizen Konstantin Yaroshenko, Russian Foreign Ministry spokeswoman Maria Zakharova said on her official Telegram channel. Yaroshenko was convicted of drug smuggling in 2011 and sentenced to 20 years in prison. He has denied the charges against him.

“Today, we welcome home Trevor Reed and celebrate his return to the family that missed him dearly. Trevor, a former US Marine, is free from Russian detention. I heard in the voices of Trevor’s parents how much they’ve worried about his health and missed his presence. And I was delighted to be able to share with them the good news about Trevor’s freedom,” President Joe Biden said in a statement.

Paula Reed told Keilar that the family was “very grateful” for Biden’s efforts and that they spoke to him and Trevor by phone after he was released.

Reed’s release was the result of “months and months of hard careful work across the US government” on the matter, a senior administration official said, noting that “the conversations on this particular issue have accelerated recently to get us to this point.”

One driving factor was concern for Reed’s health. His family has expressed worry about his likely exposure to tuberculosis as well as lingering effects from having Covid-19.

The official, speaking to reporters on a background call Wednesday, said that “ultimately, those negotiations led the President to have to make a very hard decision with a decision to commute the sentence of Konstantin Yaroshenko, a Russian smuggler convicted of conspiring to import cocaine.”

Russia’s Foreign Ministry had previously raised the possibility that Yaroshenko could be returned “in exchange for any American national” held in Russia.

Yaroshenko is a Russian pilot who had been detained in Liberia by undercover US Drug Enforcement Agency agents on May 28, 2010, and brought to the US, according to Russian state news agency TASS.

US Drug Enforcement Agency agents ostensibly obtained evidence Yaroshenko had criminal intent to transport a large batch of cocaine, according to TASS. He had been serving his sentence at the Federal Correctional Institution in Danbury, Connecticut.

The official did not provide details about how or why Yaroshenko was chosen for the swap, but noted that he had served the majority of his US sentence and is now in Russian custody.

“This is a tough call for a President. President Biden made it to bring home an American whose health was a source of an intense concern, and to deliver on his commitment to resolve these hard cases and reunite Americans with their loved ones,” the official said.

Reed is now on his way back to his family in the United States.

Reed’s father previously told CNN he believed it was likely Reed was suffering from tuberculosis, that he was coughing up blood and also had a broken rib. He said Reed went to a prison hospital but did not receive treatment and was then sent back to solitary confinement.

As Reed started a second hunger strike in protest of his treatment by Russian authorities, Reed’s parents went to protest outside of the White House in the hopes of securing a meeting with the President.

The Reeds ultimately did meet with the President at the White House for about a half hour last month.

2 other Americans still detained in Russia

Wednesday’s release also brought renewed attention to the case of American Paul Whelan, a US citizen and former Marine who was detained at a Moscow hotel in December 2018 and arrested on espionage charges, which he has consistently and vehemently denied. He was convicted and sentenced in June 2020 to 16 years in prison in a trial US officials denounced as unfair.
Last June, he told CNN of the grim conditions of the remote labor camp where he works in a clothing factory he called a “sweatshop” and said obtaining medical care is “very difficult.”

In his statement welcoming Reed’s release, Biden said his administration “won’t stop” until Whelan is home.

Meanwhile, US basketball star Brittney Griner remains detained in Russia after she was arrested in February on allegations of drug smuggling. A Moscow court recently extended her detention until May 19, according to Russian state news agency TASS.

While her legal team has had access to her and was able to see her several times a week throughout her detention, a US official from the US embassy in Moscow was finally granted consular access to Griner in late March, and said they found her to be in “good condition.”

Ned Price, a State Department spokesman, told CNN’s Jim Sciutto on Wednesday that the cases remain top priorities for the US.

This story has been updated with additional background information and reaction.