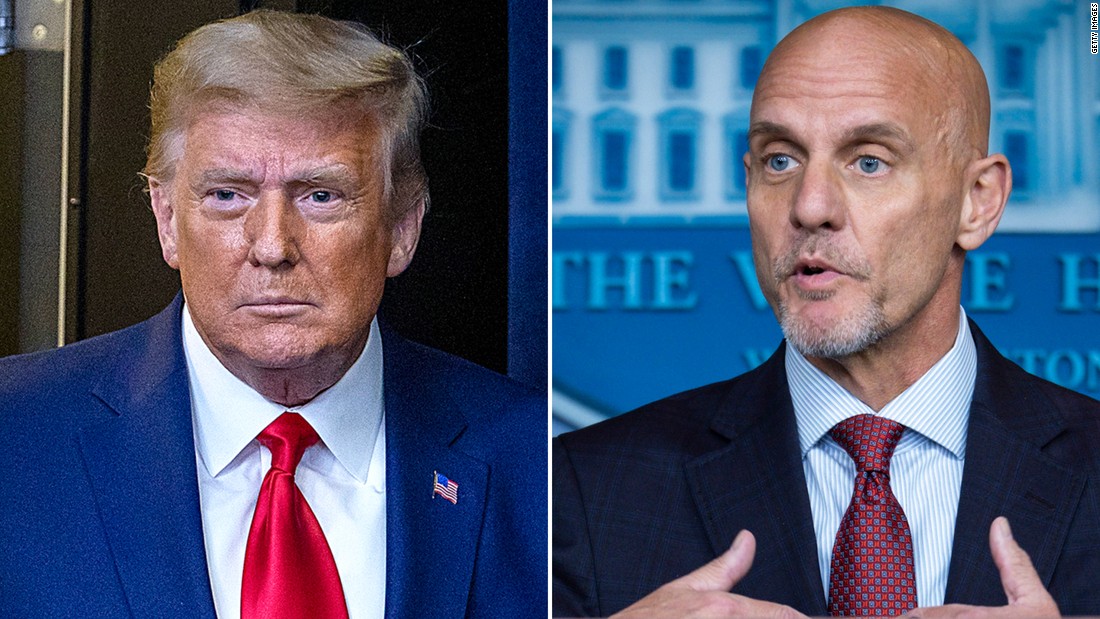 Another person familiar with matter, who also confirmed the demand that the vaccine be authorized by the end of Friday, said President Donald Trump has been venting about the FDA chief since the vaccine was rolled out in the UK earlier this week.

The two men had a call Friday morning. A White House official said they do not comment on private conversations but the chief “regularly requests updates on the progress toward a vaccine.”

Hahn quickly disputed the description of the conversation, which was first reported by The Washington Post, but the news is likely to raise additional questions about the extent to which Trump administration political interests are involved with the vaccine authorization process, and could undermine public confidence in the effort.
Vaccine advisers to the FDA voted Thursday to recommend the agency grant emergency use authorization to the vaccine, and it’s expected to be authorized imminently.

“This is an untrue representation of the phone call with the Chief of Staff. The FDA was encouraged to continue working expeditiously on Pfizer-BioNTech’s (emergency use authorization) request,” Hahn said in a statement Friday afternoon. “FDA is committed to issuing this authorization quickly, as we noted in our statement this morning.”

A White House official familiar with the conversation between Meadows and Hahn said it’s doubtful the FDA commissioner will actually be fired. The blunt warning from the chief of staff that he might as well resign if Pfizer’s emergency use authorization isn’t granted by Friday was a larger sign of the President’s frustration, this person said.

Public health experts have been fearful all along that White House officials would put undue pressure on the authorization process and, in turn, compromise public confidence in the vaccine, a source close to the White House coronavirus task force told CNN.