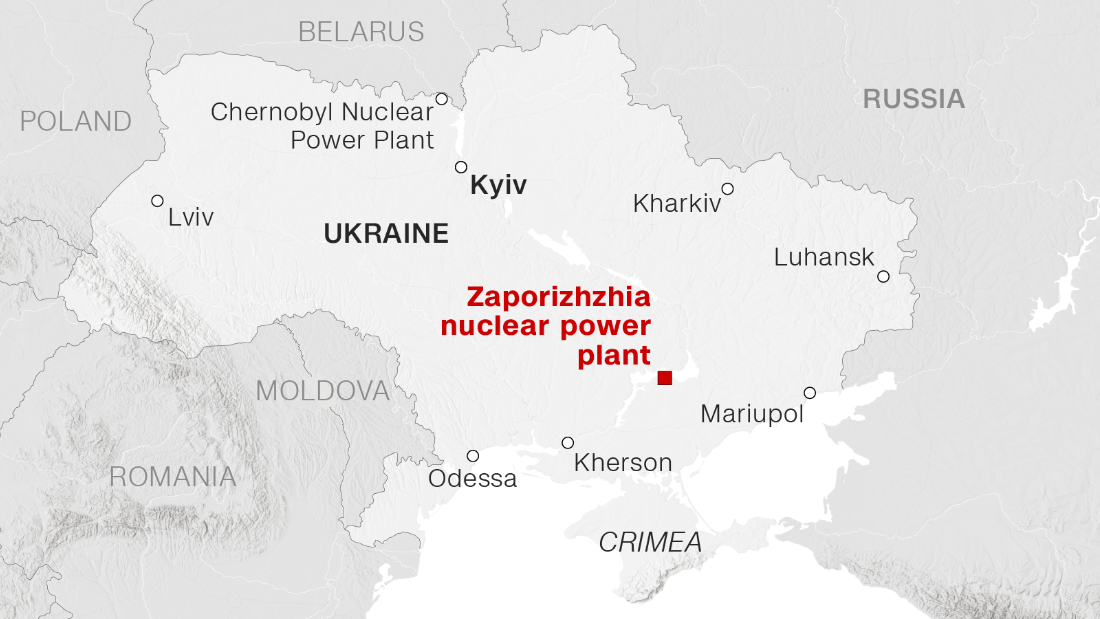 “A threat to world security!!! As a result of relentless shelling by the enemy of the buildings and blocks of the largest nuclear power plant in Europe, the Zaporizhzhia nuclear power plant is on fire!!!” Orlov posted to Facebook in the early hours of Friday morning local time.

Firefighters were unable to reach the fire at the nuclear power plant, according to Orlov, though he didn’t specify why. In an earlier post, he said intense fighting had blocked approach routes to the power plant in Enerhodar, which is 70 miles (112 kilometers) from the city of Zaporizhzhia.

Ukraine’s Foreign Minister Dmytro Kuleba said in a tweet late Thursday the Russian army was firing on the plant from all sides. “Russians must IMMEDIATELY cease the fire, allow firefighters, establish a security zone!” Kuleba tweeted.

Ukraine’s nuclear facilities have been a focal point of concern following the full-scale Russian invasion of Ukraine, which began last Thursday.

In an interview with CNN on Thursday, Rafael Grossi, director general of the IAEA said the agency was in “constant contact” with Ukrainian counterparts to ensure the safety of facilities in Ukraine.

“What makes it unprecedented is this is the first time in post-second world war history we have a full-fledged military operation amidst…a big number of nuclear facilities, including nuclear reactors,” said Grossi.

“There is always the danger of military activity that could affect the sites or that there might be some interruption or some disruption in the normal operation of any of these facilities that may result in a problem or an accident,” he said.

Zaporizhzhia is located about 125 miles (200 kilometers) west of the city of Donetsk within one of the two pro-Moscow territories recognized as an independent state last month by Russia.

The resolution, which was led by Canada and Poland, and supported by 26 other countries, deplored Russia’s “aggressive activity and attacks against nuclear sites in Ukraine, and seizing and taking control of nuclear facilities,” the ambassador at the UK mission in Vienna Corinne Kitsell said.

Only Russia and China voted against the resolution, according to the Ministry of Foreign Affairs of the Czech Republic.

On Wednesday, Russia notified the IAEA that its forces had taken control of the territory around the Zaporizhzhia plant, according to a letter posted the IAEA website.

The Russian letter to the IAEA said personnel at the plant continued their “work on providing nuclear safety and monitoring radiation in normal mode of operation. The radiation levels remain normal.”

On the first day of the invasion, Russian forces seized control of the Chernobyl power plant in northern Ukraine, the site of the world’s worst nuclear disaster, according to Ukrainian officials.

The Zaporizhzhia plant is about 325 miles (520 kilometers) southeast of Chernobyl, where a nuclear power plant reactor exploded when Ukraine was part of the Soviet Union in 1986 — sparking a disaster that affected, directly or indirectly, 9 million people, due to radioactive materials released into the atmosphere.