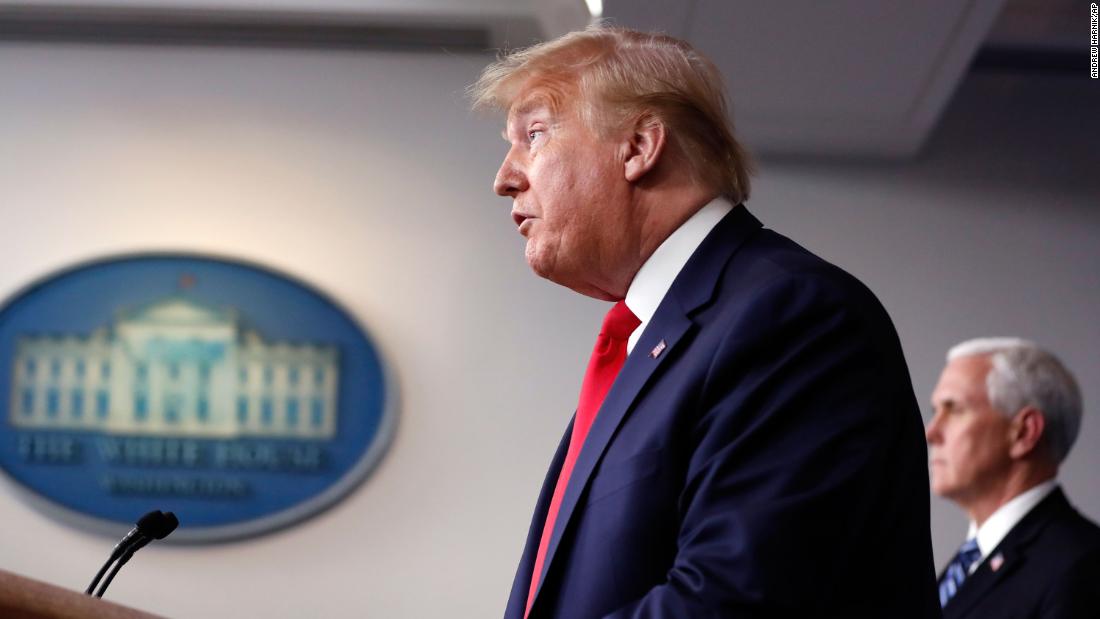 Health experts have said from the beginning that only the virus sets the timetable for when the mass pause is over. President Donald Trump wants to fast-forward. He has specifically expressed interest in a “big bang” reopening, where the entire country comes back online at once, perhaps as soon as May 1.

Health experts have cautioned that certain areas will be further along than others by the end of the month.

Dr. Anthony Fauci, the country’s top medical expert on the coronavirus pandemic, made that much clear on “CBS This Morning” earlier today. “We’ve got to continue in many respects to redouble our efforts at the mitigation of physical separation in order to keep those numbers down,” he said.

Trump’s economic team has had several meetings with him where they advised that even if the economy doesn’t open up all at once, the administration should at least announce an estimated timeline with guidance for how to transition the economy back to normal, according to CNN’s Kaitlan Collins, Kevin Liptak, Jim Acosta and Vivian Salama.

Some members of the President’s team have begun weighing guidelines on when states can return to normal, including a sustained 14-day period with a reduction in cases and hospitals returning to pre-crisis conditions. Read more here.

Yet just as it wasn’t clear that he had the power to shut the country down, it’s not clear he has the power to open it back up — particularly not when it’s local officials and individual businesses and institutions that would bear the risk of relaxing too soon.

Remember: the federal government’s guidelines on closing businesses and restricting gatherings were only ever recommendations, and decisions on how and when to actually reopen the country will lie mostly with governors who enacted mandatory stay-at-home orders.

Regardless of any decisions from the White House, Americans will need to feel comfortable returning into public for the economy to actually “reopen.”

A CNN/SSRS poll released Wednesday showed 60% of Americans say they would feel uncomfortable returning to their regular routines if social distancing guidelines were lifted after April 30, the current expiration date for Trump’s recommendations.
CNN’s Stephen Collinson put it this way:

The President and officials around the country must answer if they are willing to exchange a return to the routines on which tens of millions of people depend for a likely consequent rise in the rate of infection.

The US is now reporting more than 454,000 known coronavirus cases and more than 16,000 deaths. Still, there is hope that social distancing is working, health experts say, with models projecting lower numbers of deaths by the time the pandemic subsides.

New York, which is the epicenter of the American coronavirus outbreak, had its lowest daily jump in hospitalizations since the crisis picked up — but Gov. Andrew Cuomo warned the state is just on its “first wave.”

Philadelphia and Washington, DC, are expected to be new hot spots for the coronavirus pandemic, Dr. Deborah Birx said in a conference call with House Democrats Wednesday, according to a source on the call.

You can track the spread of coronavirus cases in the US here.

Former Vice President Joe Biden holds a wide lead over Trump in the national race for the White House, according to a new CNN poll conducted by SSRS.