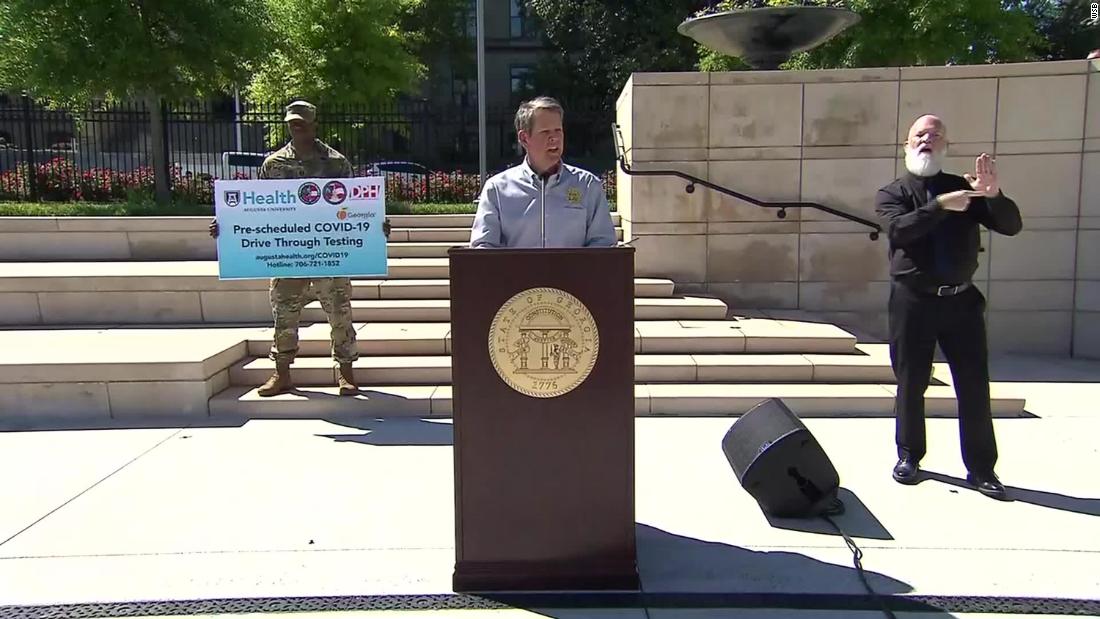 Notably, no local ordinance can restrict the openings, which will be implemented statewide.

But that same model predicts that dozens of people will die each day in the coming week. And to limit a resurgence of the virus, the model says that Georgia shouldn’t start relaxing social distancing until after June 15 — when the state can begin considering other measures to contain the virus, such as contact tracing and isolation.

“In the same way that we carefully closed businesses and urged operations to end to mitigate the virus’ spread, today we’re announcing plans to incrementally and safely reopen sectors of our economy,” Kemp told reporters.

The Democratic governors of Illinois and Louisiana also signaled Monday that different parts of their states could reopen in near future.

“You are going to call your own shots,” Trump had said in a conference call Thursday with governors, according to a person familiar with the conversation. “I’ve gotten to know almost all of you, most of you I’ve known and some very well. You are all very capable people, I think in all cases, very capable people. And you’re going to be calling your shots.”

Citing the White House guidance Monday, Kemp said, “We appreciate their leadership and share in the President’s desire to reopen the economy and get Americans back to work.”

“As a small business person for over thirty years, I know the impact of this pandemic on hardworking Georgians in every zip code and every community,” he continued.

While the incremental reopenings align with the President’s push, public health experts have repeatedly stressed the dangers of relaxing social distancing measures too early.