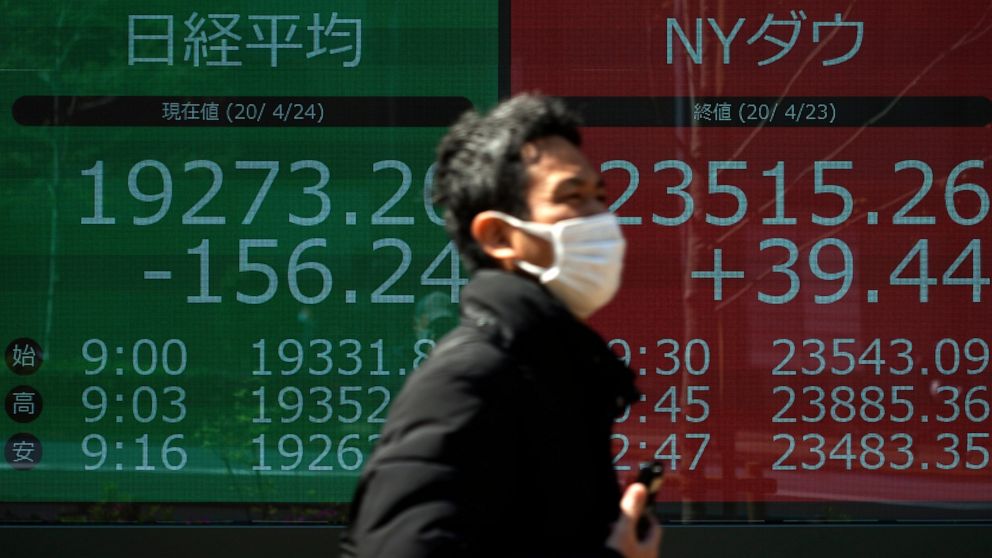 NEW YORK — Stocks are holding steady in early trading Friday as Wall Street nears the end of its tumultuous week.

The S&P 500 was up 0.2% after the first 20 minutes of trading, following up on modest losses for stocks in Europe and Asia. The bond market was quiet, while crude prices climbed again.

The calm opening to trading in U.S. markets belies what’s been a wild week. From Monday’s astonishing plummet for the oil market to Thursday’s sudden disappearance of a morning stock rally, markets pinballed as the mood swung from fear to hope and back again.

Through it all, reports piled higher showing the damage done to the economy by the coronavirus pandemic is even worse than feared. It’s so severe that a heavily divided Congress has reached bipartisan agreement on massive support for the economy, and President Donald Trump is set to sign a bill Friday to send another nearly $500 billion in loans to small businesses and aid for hospitals.

Energy stocks again had some of the market’s biggest gains after oil prices pulled higher. Exxon Mobil climbed 2.8% and Schlumberger jumped 5.1%. Energy stocks overall in the S&P 500 rose 1.4%, double the gain of any of the other 10 sectors that make up the index.

A barrel of U.S. oil to be delivered in June rose 7.5% to $17.73. It had dropped as low as $6.50 earlier this week amid worries that oil storage tanks are close to topping out amid a collapse in demand. In one corner of the U.S. oil market, prices even dropped below zero momentarily.

Even with its early gains Friday, the S&P 500 remains on track for a loss this week, which would snap its first two-week winning streak since the coronavirus outbreak caused stocks to start selling off in February.

Stocks have been generally rallying since late March on promises for massive aid from Congress and the Federal Reserve, along with more recent hopes that the outbreak may be leveling off and could lead parts of the economy to reopen.

But many professional investors have been skeptical of the rally. They say that there’s still too much uncertainty about how long the recession will last and that attempts to reopen the economy could backfire and trigger more waves of infections if they’re premature.

The S&P 500 is down about 17% from its record in February after roughly halving its loss since late March.

The yield on the 10-year Treasury note held steady at its low level of 0.61%.