Coronavirus patients who get put on a ventilator have just a 34% chance of survival, new study shows

By James Wood For Mailonline

Coronavirus patients who get put on a ventilator have just a 34 per cent chance of survival, a new study has revealed.

The figures come from the Intensive Care National Audit and Research Centre (ICNARC) and are based on a sample of 6,720 critically-ill coronavirus patients.

Of those who required advanced respiratory support – known as invasive ventilation – just under two-thirds of patients died.

Data showed that 1,744 (65.4 per cent) died after requiring mechanical ventilation in critical care, while some 923 (34.6 per cent) on the same treatment were discharged.

For those who required basic respiratory support – such as oxygen through a face mask, which is known as non-invasive ventilation – 894 patients (81.9 per cent) recovered and some 198 (18.1 per cent) died. 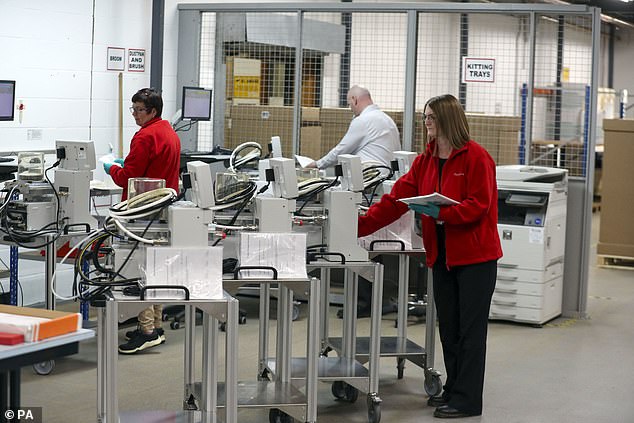 Data showed that 1,744 (65.4 per cent) died after requiring mechanical ventilation in critical care, while some 923 (34.6 per cent) on the same treatment were discharged (pictured, ventilators in Oxfordshire ready to be shipped to NHS hospitals)

This mortality rate of 50.7 per cent among all people admitted to intensive care is slightly lower than in ICNARC’s last report at the start of April – which put the death rate at 51.6 per cent.

The report analysed data on patients with confirmed Covid-19 from 286 NHS critical care units in England, Wales and Northern Ireland taking part in the ICNARC programme, up to 4pm on April 23.

According to ICNARC data, one in five Covid-19 patients under the age of 40 have died after being admitted to intensive care.

The mortality rate is currently higher for men and increases with age, the data shows. 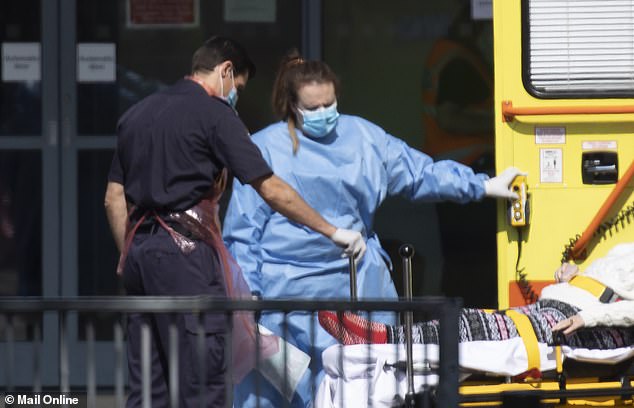 The data by ICNARC, which includes information on age, gender and ethnicity, now also looks at the index of multiple deprivation, which ranks the poorest neighbourhoods by postcode.

Research shows that 1,591 (24.7 per cent) of 6,720 critically-ill coronavirus patients were from the most deprived areas – compared with 14.8 per cent from the least deprived.

The largest number of Covid-19 patients remains in London, with 2,199 being managed by the three London Operational Delivery Networks – the system of co-ordinating patient care across the capital.

Critical care units involved in the initiative are asked to notify ICNARC as soon as they have an admission with Covid-19 and provide data at different points of their treatment.