By Amelia Wynne For Mailonline

The high street bakery Greggs has postponed reopening 20 stores next week over fears of overcrowding.

The takeaway chain temporarily shut all of its 2,050 branches last month to protect customers and staff after the Government ordered all non-essential shops to close.

Greggs said on Monday it was set to reopen some of its branches in the Newcastle area next week to test if it could operate without breaking social distancing rules, but has now changed its mind.

A spokesperson said today: ‘Due to significant interest in our 20-shop trial, and the risk that excessive numbers of customers may plan to visit Greggs, we will now initially operate these trials behind closed doors in order to effectively test our new operational safety measures. 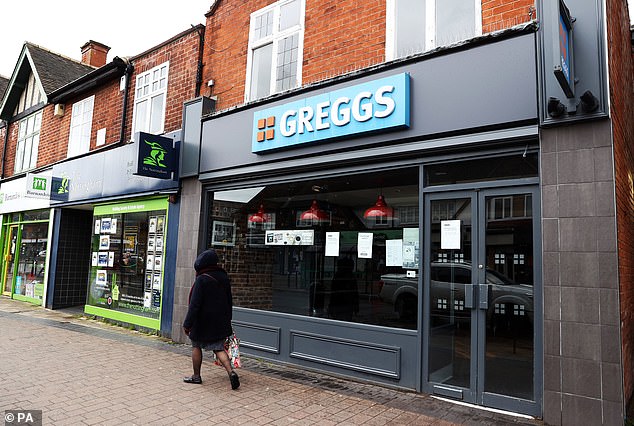 ‘We will continue to review this and will invite walk-in customers into our shops only when we can be confident of doing so in the controlled manner we intended.’

The reversal of the plan was first reported by the Financial Times.

Greggs had hoped that if feedback was positive from the trial it could move to phase two with 700 shops reopening.

It had cautioned that phase two would only be possible if the government has taken a first step in relaxing the lockdown which could be to reopen schools, allowing more people to return to work. 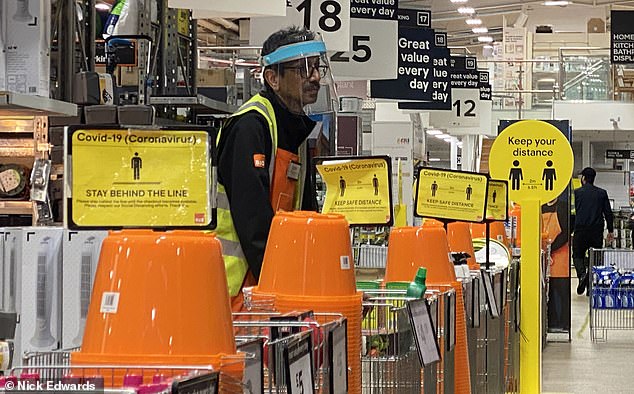 It comes after yesterday B&Q reopened all of its UK branches with ‘strict social distancing measures’ as the country tries to edge out of the coronavirus lockdown. Pictured: a store in Chiswick where workers wear visors 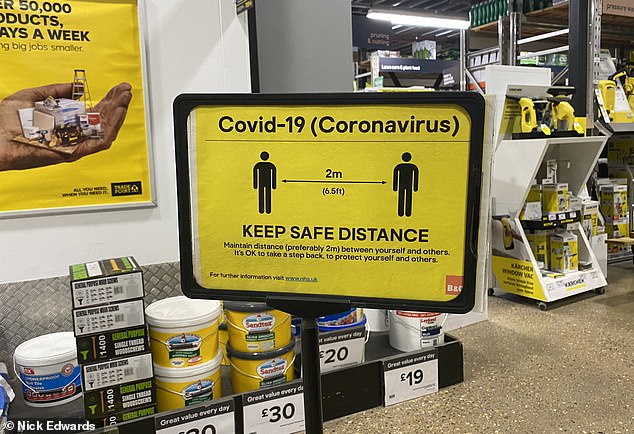 Signs at the B&Q store in Chiswick, West London, advise shoppers to keep a safe distance apart from others

The final phase of its initial plan was to open all shops with new operational measures in place by July 1, which is when the government’s job retention furlough scheme is currently scheduled to end.

It comes after yesterday B&Q reopened all of its UK branches with ‘strict social distancing measures’ as the country tries to edge out of the coronavirus lockdown.

The DIY store, which shut its doors on March 25, confirmed its 288 stores were now open to the public in an effort to ‘enable the repair and maintenance of houses and gardens across the UK’. 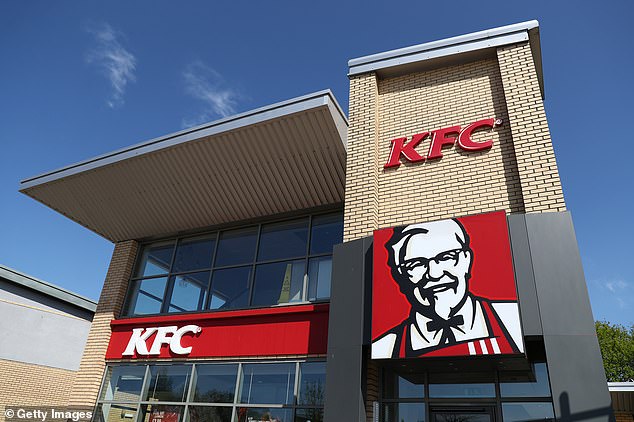 Fast food giant KFC has announced it will reopen another 80 branches for delivery. Pictured: one of its branches in Southampton

Some other restaurants have also opened including six branches of Nandos, eight Burger King restaurants and several Pret a Manger stores in London.

The fast-food retailer KFC also announced it would reopen another 80 branches for delivery. The chain said 100 of its stores up and down the country would be able to bring orders to customers’ homes from next Monday.

Which businesses have started to reopen?