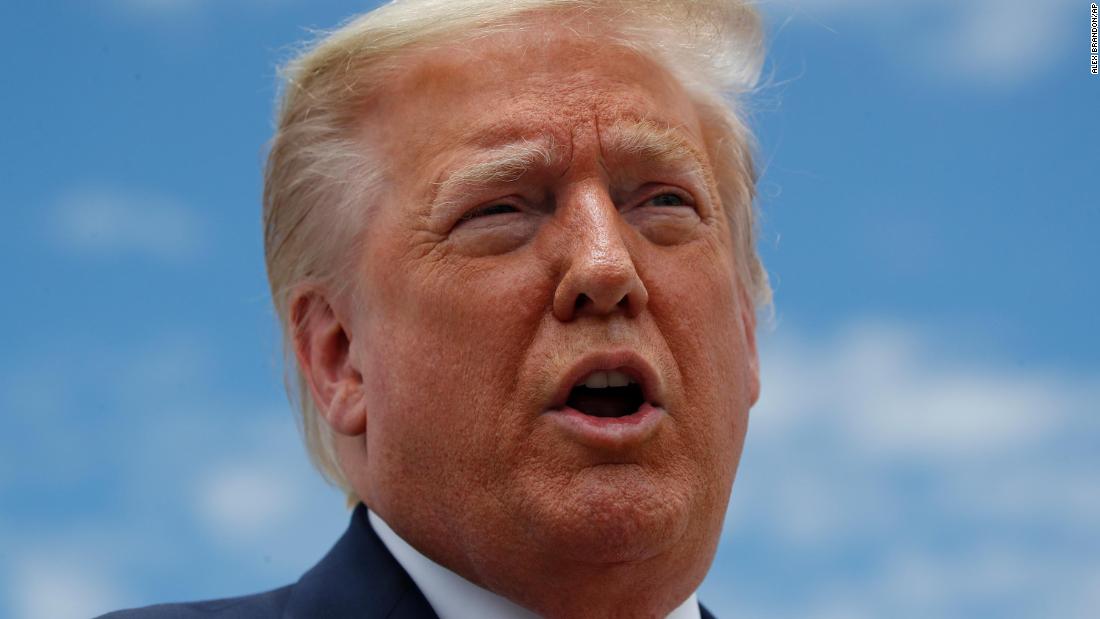 Trump has adopted an uneven message on the demonstrations. While in some appearances he has taken a measured approach in calling for calm, on Twitter he has used violent rhetoric and seemed to suggest Saturday his supporters stage a counter-protest outside the White House.

Over the weekend, some aides sought to convince Trump against using violent rhetoric after he wrote on Twitter that “when the looting starts the shooting starts,” warning language like that could inflame an already combustible situation and would not appear presidential.
During a staff call Friday, Trump’s top domestic policy aide Brooke Rollins argued for a measured response to riots the night before, advice that was echoed by Trump’s son-in-law Jared Kushner. Several advisers feared, and hoped to avoid, another Charlottesville moment, when Trump was criticized after declaring in 2017 that “very fine people” were among the Nazi mobs that descended upon Charlottesville, Virginia. When the President made his first vague statement on that violence, he blamed the conflicts on “many sides.”

Trump, who believes his law and order stance helped get him elected, wasn’t immediately receptive to those concerns over the last several days about what’s currently happening in the nation. But he later tried to downplay his message about using armed force on looters as a statement rather than a threat.

The next day, Trump had revived some of the violent imagery by evoking dogs and weaponry at the ready inside the White House gates, despite the earlier encouragement from his advisers to tone down his language.

While aides like Kushner have pushed for a more restrained response, Trump is also hearing from several advisers who warned that by not condemning the protests after the death of Floyd, an unarmed 46-year-old black man, that turned into rioting and looting, he is risking losing some demographics that will be key to his election victory in November, like suburban women voters. Trump has been told he should more forcefully denounce those spray painting buildings, looting Targets and setting cities on fire — and that he hasn’t done so nearly enough.

As aides debate how and whether to confront the situation, Trump’s back-and-forth between violent rhetoric and a more measured tone has weighed in the deliberations, one official said. Some advisers wonder whether a presidential address calling for calm would be quickly erased by Trump’s own penchant for escalation and instigation. 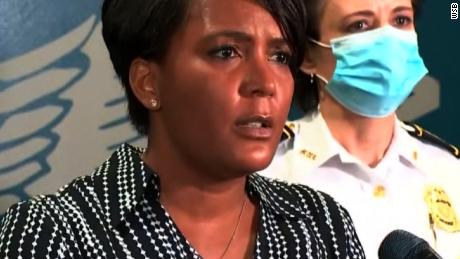 On Sunday, a Fox News host called for Trump to address the nation.

“I really believe it is time for President Trump to do an Oval Office address,” Griff Jenkins said on Fox and Friends.

National security adviser Robert O’Brien on Sunday left open the possibility of an Oval Office address, but did not rule out the other options under consideration for the President. 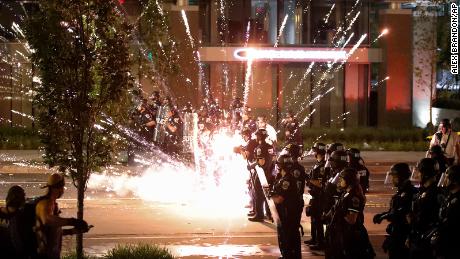 Trump has been hesitant to hold another Oval address after his last one regarding the coronavirus was widely panned. Within minutes, Trump made several inaccurate claims that his administration was later forced to clarify. Since January, the coronavirus pandemic has taken the lives of more than 103,000 Americans, according to the latest tally by Johns Hopkins University.

However, Trump appears to have heard the concerns about how he’s handled the protests and violence across the nation so far. Trump wasn’t expected to address Minnesota at length while in Florida for a space launch Saturday, but then aides added several minutes of remarks to his speech.

“My administration will stop mob violence, and stop it cold,” Trump vowed on stage Saturday.