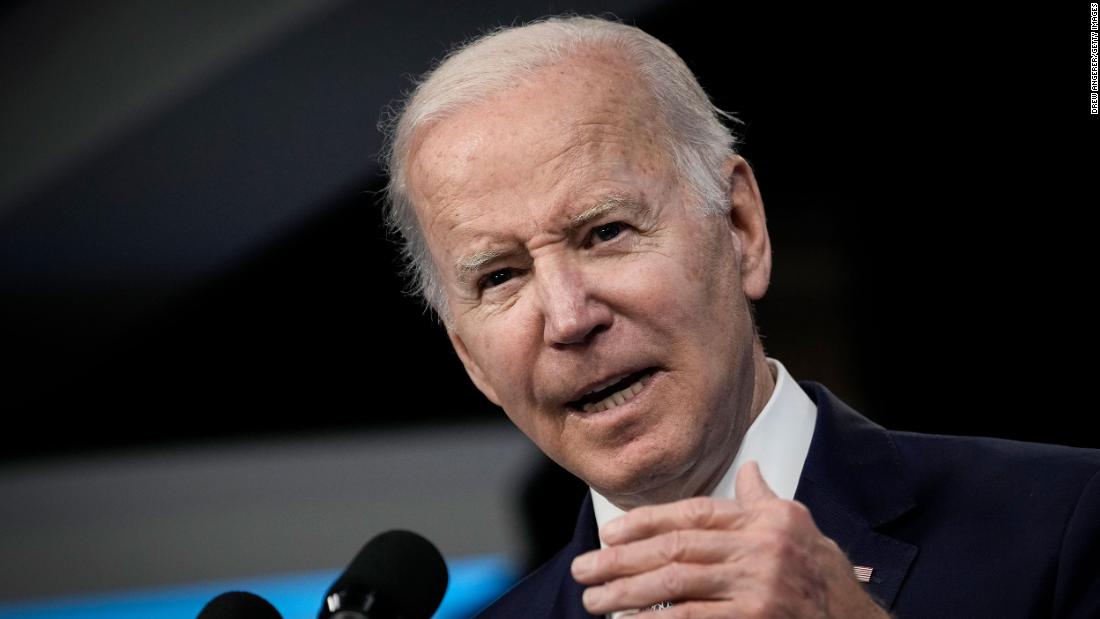 Writing in a New York Times op-ed, Biden said the US goal is “to see a democratic, independent, sovereign and prosperous Ukraine with the means to deter and defend itself against further aggression.”

He said the new shipment of arms would “enable them to more precisely strike key targets on the battlefield in Ukraine.”

The officials said the systems that the US is sending Ukraine will be equipped with munitions that will allow Ukraine to launch rockets about 49 miles. That is far less than the systems’ maximum range, but far greater than anything Ukraine has been sent to date.

Still, Biden sought to spell out clearly what the US aims in Ukraine were and was careful to note the US is not looking to directly engage Russia.

“We do not seek a war between NATO and Russia. As much as I disagree with Mr. Putin, and find his actions an outrage, the United States will not try to bring about his ouster in Moscow,” Biden said, roughly two months after declaring in Warsaw, Poland, that Russian President Vladimir Putin “cannot remain in power.”

The new security assistance comes as Russia has pummeled Ukraine in the east, where the country is outmanned and outgunned, Ukrainian officials have said. Ukrainian President Volodymyr Zelensky has repeatedly pleaded with world leaders for more arms and equipment.

CNN previously reported that US officials were debating for weeks whether to send Ukraine the advanced rocket systems, because they can strike so much further than any weapons they already have. The weapons’ long range, technically capable of striking Russian territory, raised concerns that Russia might view the shipments as provocative.

“So long as the United States or our allies are not attacked, we will not be directly engaged in this conflict, either by sending American troops to fight in Ukraine or by attacking Russian forces,” Biden wrote in the op-ed. “We are not encouraging or enabling Ukraine to strike beyond its borders. We do not want to prolong the war just to inflict pain on Russia.”

Last Friday, a prominent Russian television host warned that the shipment of long-range rocket systems to Ukraine would “cross a red line” that would “provoke a very harsh response from Russia.” But the Biden administration made it clear that it would not send ammunition for the High Mobility Artillery Rocket Systems system that can strike deep into sovereign Russian territory.

“I think where the US stands is wanting to provide all of the assistance that we can to the Ukrainians without escalating the situation to a point where the war spills over or, frankly, goes in a terrible direction,” Army Secretary Christine Wormuth said earlier Tuesday.

Meanwhile, the US has accepted some risk to its own readiness with the continued shipment of weapons from Defense Department inventories to Ukraine, Wormuth said, but not a risk that the Pentagon considers too high.

“We have really leaned in to trying to provide everything the policy makers deem essential to get to the Ukrainians. And we have taken some risk to our own readiness — not an unacceptable level of risk at all, but I think we will continue to do that,” she said while speaking at an Atlantic Council event about the Army’s role in the National Defense Strategy.

The President said that US officials “currently see no indication that Russia has intent to use nuclear weapons in Ukraine, though Russia’s occasional rhetoric to rattle the nuclear saber is itself dangerous and extremely irresponsible.”

“Let me be clear: Any use of nuclear weapons in this conflict on any scale would be completely unacceptable to us as well as the rest of the world and would entail severe consequences,” Biden wrote.

This story has been updated with additional information Tuesday.