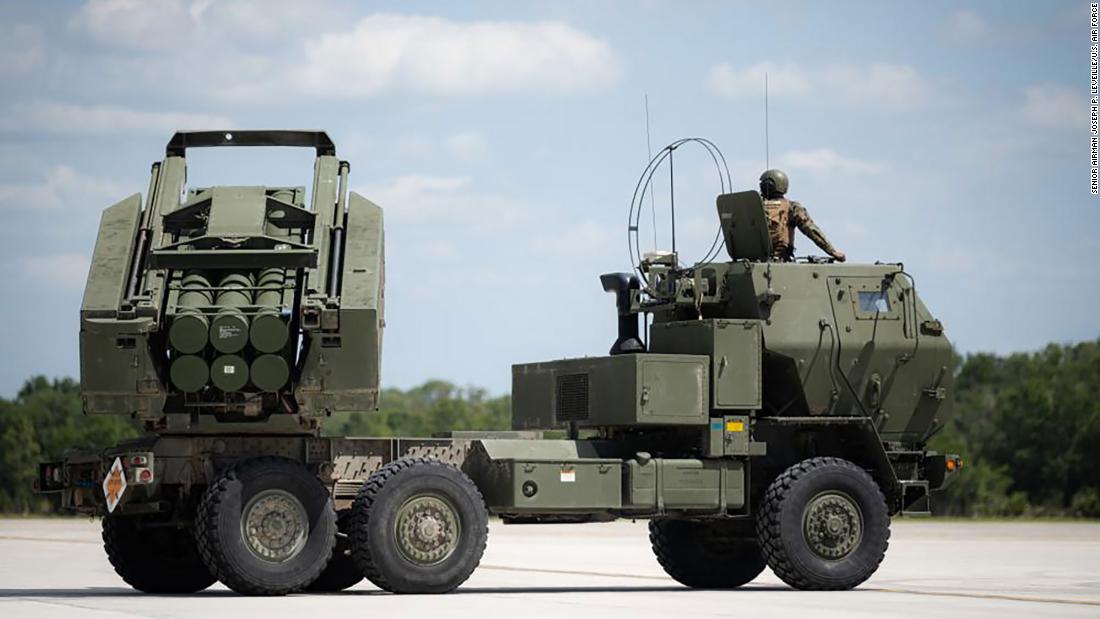 Senior US administration officials confirmed to reporters on Tuesday that the United States will be sending Ukraine US-made High Mobility Artillery Rocket Systems, known as HIMARS, as part of the country’s 11th package of security assistance to Ukraine.

The officials said the HIMARS will be equipped with munitions that will allow Ukraine to launch rockets about 80 kilometers (49 miles).

Some context: That is far less than the maximum range of the systems, which is around 300 kilometers (186 miles), but far greater than anything Ukraine has been sent to date. The M777 Howitzers the US sent to Ukraine last month, for example, marked a significant increase in range and power over previous systems, but even those top out at around 25 kilometers (18 miles) in range.

CNN previously reported that US officials were debating for weeks whether to send Ukraine the advanced rocket systems, because they can strike so much further than any weapons they already have. The weapons’ long range, technically capable of striking into Russian territory, raised concerns that Russia might view the shipments as provocative.

The officials said on Tuesday that the US is “not encouraging or enabling Ukraine to strike beyond its borders,” and is “not seeking to prolong the war.”

They also said they had received assurances from Ukraine that they would not use the systems to launch attacks inside Russia. But they emphasized that as the conflict evolves, the US will “continue to tailor” its assistance to Ukraine’s most urgent needs.

The officials also said the new rocket systems will help put Ukraine “in the strongest possible position at the negotiating table” with Russia, and reiterated that the US will “not pressure the Ukrainian government in public or in private to make any territorial concessions.”