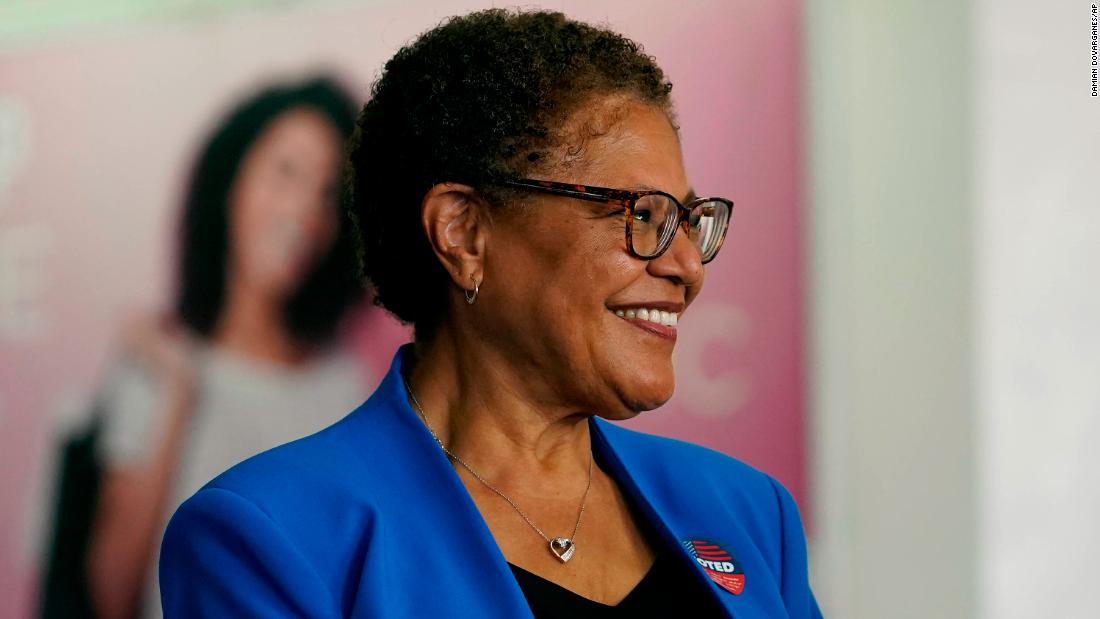 Bass served in the California State Assembly prior to her time in Congress. In 2008, she made history as the first Black woman to serve as speaker of a state legislature, according to her congressional biography.

The six-term congresswoman currently represents California’s 37th District. She has championed efforts to shape public policy in areas such as child welfare, foster care and prison reform. She chaired the Congressional Black Caucus for two years and helped to lead policing overhaul efforts after the deaths of Breonna Taylor and George Floyd in 2020.

Though Biden ultimately selected Kamala Harris as his ticket mate, his consideration of Bass threw her name into the national spotlight. Bass has the endorsement of House Speaker Nancy Pelosi, another California Democrat, in the mayoral race.

Bass has forged a coalition of White progressives and Black voters and has sought to expand on that by engaging Latino voters and other groups across the city. In her campaign, she’s emphasized the depth of her policy experience and her reputation as collaborative listener and legislator.

She’s highlighted her early work as a physician assistant in the emergency room and her experience bringing together Black and Latino community organizers in South LA in the early 1990s to address the root causes of crime and the crack epidemic through the nonprofit she founded, Community Coalition. She has also pointed to her role as a dealmaker when she led the California State Assembly after the 2008 financial crisis — making budget decisions that earned her a John F. Kennedy Profile in Courage Award in 2010.
Bass and Caruso had headed into Election Day as the likely top-two vote getters. The race now won’t be decided until November, with neither Caruso nor Bass able to win more than 50% of the vote Tuesday night.

Caruso, a former Republican and billionaire who has spent more than $40 million driving his tough-on-crime message, had been accused by Bass and other rivals of trying to “buy” the office.

“I don’t care how much money you spend, it’s the power of the people that win,” Bass said through a megaphone during one of her campaign stops Tuesday evening.