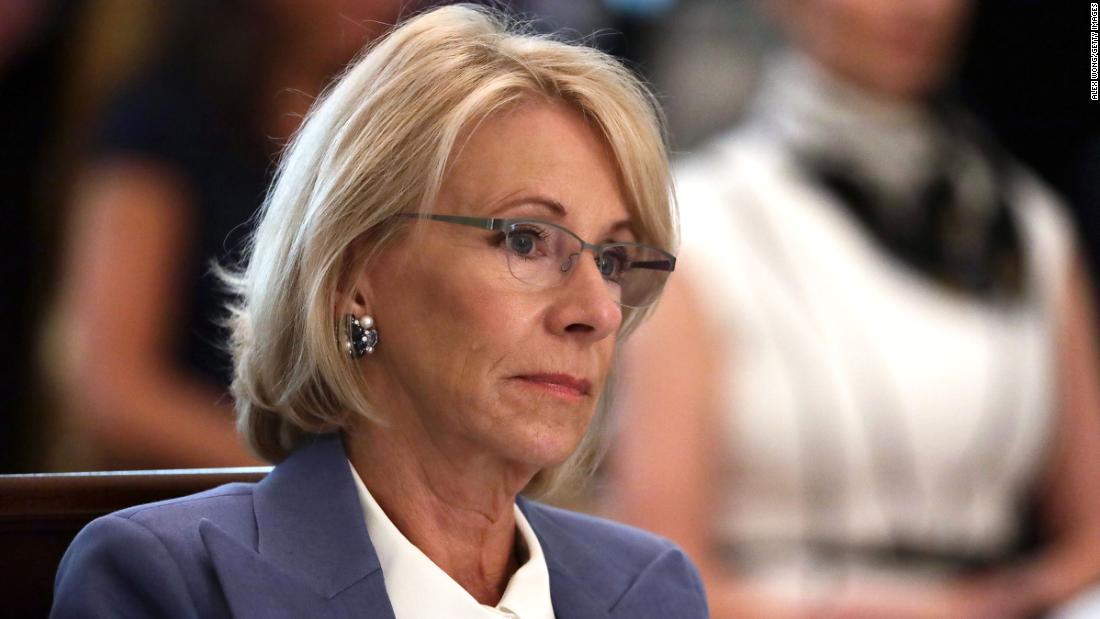 DeVos resigned from her post on January 7, the day after pro-Trump rioters stormed the Capitol. Before she left, she told USA Today in a new interview on Thursday, she explored whether using the 25th Amendment to remove Trump from office was a viable option before departing the administration.

She said Pence told her he would not support using the 25th Amendment and that his backing would be necessary for such an effort to be successful.

“I spoke with the vice president and just let him know I was there to do whatever he wanted and needed me to do or help with, and he made it very clear that he was not going to go in that direction or that path,” DeVos told USA Today. “I spoke with colleagues. I wanted to get a better understanding of the law itself and see if it was applicable in this case. There were more than a few people who had those conversations internally.”

DeVos said she ultimately determined that using the 25th Amendment to remove Trump from office was almost certainly not going to be a viable option and resigned later that day.

DeVos did not immediately respond to a request for comment from CNN.

The remarkable admission comes as the House select committee investigating January 6 is set to hold its first public hearing in prime time on Thursday, when it will attempt to make the case that Trump was at the center of a conspiracy to overturn the 2020 election and prevent the transfer of power to President Joe Biden.
Trump’s pressure campaign on Pence to help overturn the election outcome and witness testimony about his apparent lack of concern for his then-vice president’s safety as the violence was unfolding on January 6, 2021, have emerged as key areas of focus in the probe.

In her interview with USA Today, DeVos stopped short of blaming Trump directly for the violence but did say he could have done more to stop it.

“When I saw what was happening on Jan. 6 and didn’t see the president step in and do what he could have done to turn it back or slow it down or really address the situation, it was just obvious to me that I couldn’t continue,” she said in the interview.