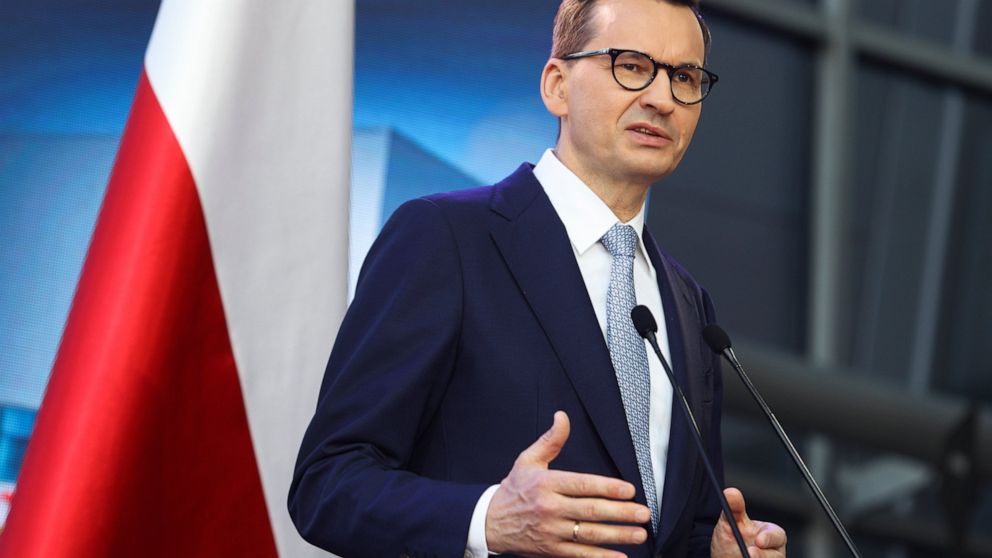 WARSAW, Poland — Poland’s prime minister vowed Thursday to support higher production at the nation’s coal mines in order to bring down heating and energy prices that have soared amid the war in neighbouring Ukraine and the European Union’s efforts to reduce its dependency on Russian energy sources.

However, the pledge that Prime Minister Mateusz Morawiecki made in parliament goes against Poland’s climate change obligations and the gradual steps it is taking to reduce the production and use of coal in order to fight global warming.

But Russia’s invasion of Ukraine and EU bans on some Russian energy sources have led to sudden shortages of coal and accelerated the rise of fuel prices. Governments across Europe are looking for other sources of fuel and energy.

The cost of coal has gone up 100% in Poland in the past 12 months, leading to widespread anxiety because one in every three households here is heated by coal. Overall, Poland relies on coal for almost 70% of its energy needs, a far higher percentage than any other of the EU’s 27 nations.

“We will introduce a program of increased coal extraction in Poland’s collieries,” Morawiecki said.

The Polish government’s aim is to reduce the fossil fuel’s prices ahead of the next heating season to the level they “were at before the sudden rise that was linked to the embargo on Russia. We will do this,” Morawiecki said.

In fact, energy prices in Europe had been rising months before Russia invaded Ukraine on Feb. 24.

Poland said in the first four month of 2022, some 19 million tons of coal were produced in Poland’s mines, which was some 155,000 tons more than at the same time last year.

Poland insists that it’s departure from coal, of which it has rich deposits, must be slower than for other European countries because it has not yet developed enough renewable energy sources. Coal mining is also a big employment industry in Poland

Follow all AP stories on climate change issues at https://apnews.com/hub/climate.

Follow AP’s coverage of the war in Ukraine at https://apnews.com/hub/russia-ukraine.