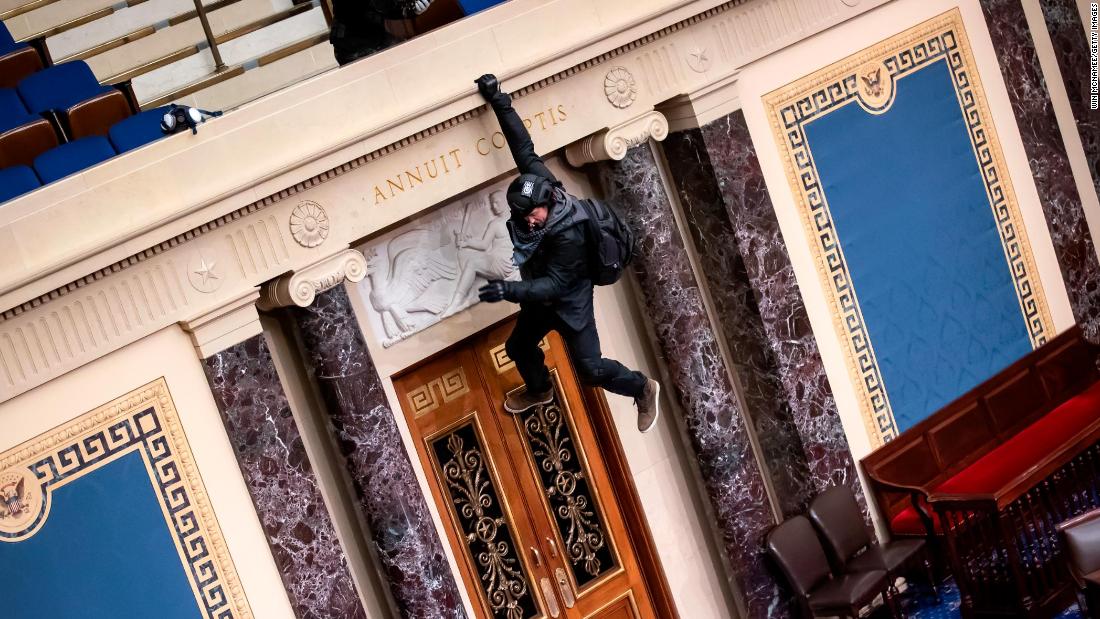 The panel will reveal new evidence that aides say will help “connect the dots” between Trump’s election lies, his attempts to overturn Joe Biden’s 2020 election win and the violence that unfolded on January 6, 2021, when rioters stormed the US Capitol in an effort to stop the counting of electoral votes.

Committee aides said they also plan to show video to remind the public what happened on January 6 when the Capitol was overrun by a violent mob. “We’ll bring the American people back to the reality of that violence and remind them of just how horrific it was,” one aide said.

The committee said the “vast majority” of the video that it plans to show has not been seen publicly before.

Timeline: How a pro-Trump mob besieged the Capitol

That video will be supplemented by live witness testimony from two witnesses who had an up-close view of the rioters: US Capitol Police Officer Caroline Edwards, who was among the first injured by rioters on January 6, and documentarian Nick Quested, who had unique access to members of militia groups who took part in the attack.

The committee will seek to use that evidence to draw a direct line between Trump and the groups who perpetrated the violence on January 6. Committee Chairman Bennie Thompson and Vice Chair Liz Cheney will make opening statements and they will be the ones to question the witnesses Thursday, aides said.

While the hearings won’t be the committee’s final word — a report is planned for later in the year — it’s the panel’s highest-profile opportunity to convince the public whose views have hardened about why it should care about what happened on January 6. Trump and his Republican allies in Congress are preparing their own counter-programming to attack the committee’s work as a political attack on Trump.

Thursday’s hearing is the first in a series planned this month to illustrate what the panel’s months-long investigation into January 6 has uncovered. Aides said that the opening hearing would serve to lay out a summary of the committee’s findings, which all points back to Trump himself.

The two witnesses who will testify on Thursday will play a key role in that opening statement.

Future hearings are expected to build on what happens Thursday night. CNN has previously reported that former acting Attorney General Jeffrey Rosen and his then-deputy, Richard Donoghue, have been invited by the committee to testify during one of its public hearings.

Rosen and Donoghue have previously spoken with the committee behind closed doors about Trump’s pressure campaign against top Justice Department officials to investigate baseless claims of election fraud.

Testimony provided by individuals close to former Vice President Mike Pence is also expected to be featured, in some way, during the series of hearings. Trump and his allies mounted a pressure campaign against Pence as it sought to convince him to help overturn the election outcome and then-aides to the former vice president have detailed concerns they had about his safety leading up to, and on, January 6.

The panel is also expected to focus on what Trump was doing, and not doing, as the violence on Capitol Hill was unfolding — linking the former President’s inaction to his role at the center of a broader conspiracy.

The committee has in its possession video footage from depositions with former Trump officials and members of the Trump family, including Ivanka Trump and Jared Kushner, who were with the President on January 6 and can speak to what he was doing that day. Some of that footage will be revealed during the first hearing but may also appear during later presentations.

Now those depositions are likely to play a key role in the committee’s public hearings — even if Trump’s allies aren’t planning to testify publicly, according to committee aides.

Aides said there weren’t currently plans to release the transcripts of the depositions, meaning the hearings will only include snippets of what was said behind closed doors. Still, the video could provide new insight into what members of Trump’s family thought about the former President’s push to overturn the 2020 election.

Committee aides also signaled that Thursday’s hearing will include new video of the violent attack on the Capitol itself. Video of the riot created some of the most dramatic moments of the 2021 Senate impeachment trial, and the aides say most of the video the committee plans to show at the hearings has not been seen previously.

What will be absent: The opposition

While Thursday’s January 6 committee hearing will have all the trappings of a typical congressional hearing — a chair, opening statements, witnesses — it will be missing a key component: any opposition.

Aides said Thompson, a Democrat, and Cheney, a Republican, will do most of the talking during Thursday’s opening hearing, showcasing how the committee is the product of a bipartisan effort.

But while the January 6 committee is made up of five Democrats and two Republicans, they’re all working toward the same goal of showing how Trump was at the center of the attack on the Capitol.

That will give the committee more control over what happens on Thursday. There won’t be interruptions, outbursts or grandstanding from opponents of the committee, like there were during the House’s 2019 impeachment hearings. But the setup also means the committee runs the risk that Thursday ends up feeling more like a lengthy presentation than a congressional hearing.

For Trump and his allies — who have repeatedly attacked the committee as its hearings have approached — criticisms of the hearings will have to come from the outside. That’s not to say they won’t have a platform: Fox does not plan to air the hearing Thursday, so the channel’s conservative hosts can offer counter-programming in real time.