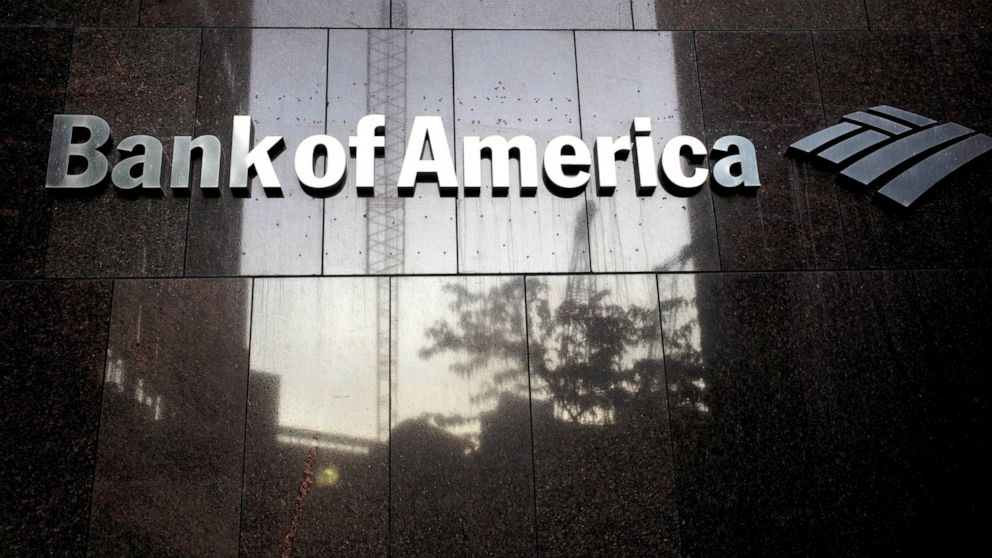 The major banks in the U.S. are anticipating a flood of loan defaults as households and business customers take a big financial hit from the coronavirus pandemic

NEW YORK — The major banks in the U.S. are anticipating a flood of loan defaults as households and business customers take a big financial hit from the coronavirus pandemic.

JPMorgan Chase, Wells Fargo, Bank of America, Citigroup and Goldman Sachs raised the funds set aside for bad loans by nearly $20 billion combined in the first quarter, earnings reports released over the past two days show. And Wall Street expects that figure may go even higher next quarter, a possibility bank executives acknowledged on earnings conference calls.

Bank of America and Citigroup said Wednesday that their profits sank more than 40% in the first quarter as both set aside billions for potentially bad loans. A day earlier, JPMorgan Chase and Wells Fargo reported even steeper drops in profit as those banks also set aside large sums to cover loan losses.

Even the investment banks were not immune to the pandemic. Goldman Sachs’ first-quarter profit dropped by 46% from a year earlier, due to significant losses on its own investments as well as a buildup in reserves for potential loan defaults.

The coronavirus outbreak has bought the U.S. economy to a virtual standstill in just weeks. Most economists — and bank CEOs — expect the U.S. to go through a depression. The only question is how severe: Second-quarter gross domestic product is expected to drop from 30% to 40% and the unemployment rate is seen rising as high as 25%.

On Tuesday, JPMorgan CEO Jamie Dimon said the bank was preparing for a “severe recession.” Wells Fargo CEO Charlie Scharf said, “We all know we haven’t seen anything like this before.”

One signal on how quickly consumers are pulling back came in the latest retail sales data from the government. Retail sales fell by 8.7% in March, the worst monthly drop in that datapoint on record. Consumers spending accounts for roughly 70% of U.S. gross domestic product, so that drop is particularly troublesome.

Bank of America’s own data showed the consumer pulling back dramatically. Until the beginning of March, spending on BofA’s credit and debit cards was running at a steady 7.5% growth rate. That’s a fairly standard figure for the industry. By early April, that figure had dropped to roughly 2%.

Many of the loans now at risk were fine only weeks ago, but the pandemic has caused companies to shutter and millions to be put out of work.

Banks have scrambled to come up with payment options for their now-distressed customers, from cutting fees, making monthly payments smaller or allowing borrowers to skip a month’s payments altogether. Roughly one in six small businesses that have loans with Bank of America are now in some sort of payment deferral program, the bank said Wednesday.

On Wednesday, BofA said it nearly quintupled its loan loss provisions to $4.76 billion, while Citi set aside $7.03 billion, up from $1.98 billion in the first quarter a year earlier. Both have large credit card operations, and BofA also has a large consumer banking business while Citi has a large international banking franchise and lends to companies around the globe.

BofA and Citi fared better than rivals JPMorgan and Wells, which both saw steeper profit declines and proportionately set aside more money to cover loan losses. But Wall Street expects the industry will have to boost its bad loan cushion even further.

“These are all guesses at this stage,” said Octavio Marenzi with the consultancy firm Opimas, in an email to investors. “The credit risk models created by banks have never seen anything like this crisis and are not likely to be able to make accurate forecasts. If anything, it looks like BofA’s loss provisions are on the light side and we expect to see greater provisions for loan losses in Q2.”

In a conference call with investors, BofA CEO Brian Moynihan said the figures out Wednesday were preliminary and added the bank would set aside more money next quarter if needed.

Goldman Sachs had to set aside $937 million to cover potentially bad loans, up from $224 million a year earlier. But Goldman took the biggest hit in own portfolio. The investment bank owns stakes in several large public companies as well as its own private equity portfolio. Many of those companies saw their stocks plummet last quarter as the stock market ended its 11-year bull run, so Goldman had to mark those losses on its balance sheet.