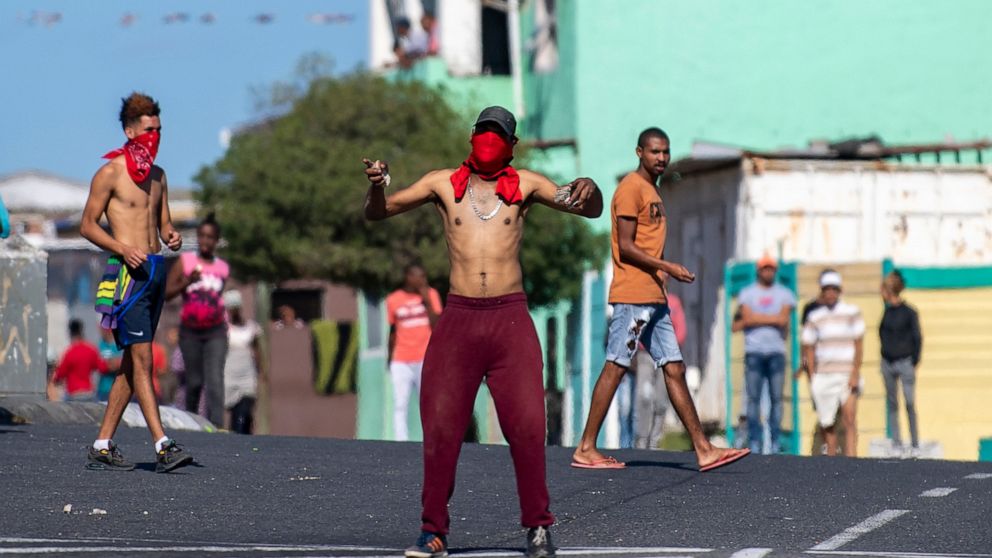 JOHANNESBURG — The world’s richest countries agreed Wednesday to freeze poor nations’ debt obligations, shortly after nearly 20 European and African leaders made a joint appeal for a massive international effort to boost Africa’s coronavirus response, saying that “only a global victory that fully includes Africa can bring this pandemic to an end.”

Finance ministers of the G-20 group of major economies, which includes the U.S., China, India and others, said they will immediately put on hold poor countries’ obligations to service debt they owe. The statement issued after a videoconference put to rest concerns that China would block such a measure, which is aimed at helping the poorest nations focus their spending on healthcare and assistance to vulnerable people to contain the outbreak and its fallout.

The joint appeal signed by the leaders of France, Ethiopia, Germany, South Africa and other nations, published in the Financial Times, had called for dramatic measures that include an immediate moratorium on all debt payments, public and private, until the pandemic is over.

While the G-20 did not specify how many countries would benefit, French Finance Minister Bruno Le Maire said 76 countries were eligible for the moratorium, including about 40 in sub-Saharan Africa. Debt payments worth $20 billion will be suspended including $8 billion owed to private creditors and $12 billion owed to other countries, he said.

An additional $12 billion in debt payments to multilateral institutions like the World Bank are also under consideration for a debt freeze. The freeze on debt repayments will last through the end of this year and could be extended.

“This is a powerful, fast-acting initiative that will do much to safeguard the lives and livelihoods of millions of the most vulnerable people,” said World Bank Group President David Malpass and IMF Managing Director Kristalina Georgieva in a joint statement.

African officials have joined forces to appeal for billions of dollars in financial assistance and improve their position in the global competition with richer countries for badly needed medical equipment. The African Union appointed four special envoys to mobilize support and created a platform to help the continent’s 54 countries bulk-buy medical goods at more accessible prices.

While virus cases among Africa’s 1.3 billion people total more than 16,000, health experts have said the continent is weeks behind the U.S. and Europe in the pandemic and the rise in cases looks alarmingly similar to Europe’s.

As the world braces for potential waves of the virus, the joint appeal said no region will be safe if Africa, with largely weak health systems, is left to fend for itself.

An “unprecedented effort” is required, the joint appeal said, directly addressing the World Bank and IMF. “We must deploy a huge economic stimulus package of at least $100 billion” to give Africa the resources it needs to fight the virus. The continent risks falling into its first recession in a quarter-century, the World Bank has said.

The IMF on Monday approved $500 million to cancel six months of debt payments for 25 of the world’s most impoverished countries, including 19 African ones, so they can help tackle the pandemic.

On Wednesday, the IMF said sub-Saharan Africa could see minus-1.6% growth this year, “the lowest level on record.” Recent strides in development could be reversed, it said, and “no country will be spared.”

Calls for assistance have been growing at the highest levels. In his Easter message, Pope Francis called for debt forgiveness for the world’s poorest countries, saying they are being hardest hit by the pandemic and must not be “abandoned.”

Africa’s debt-to-GDP ratio has climbed from 30% in 2012 to 95% today, said French President Emmanuel Macron in an interview posted Wednesday with Radio France Internationale. “So we absolutely must help Africa to strengthen its capacities,” he said.

It is a moral, human duty, Macron added, calling on China, a major lender to African nations, to help. He’s also pushing for debt rescheduling and, in some cases, debt cancellation.

Oxfam and more than 200 other groups have called for cancellation of all debt payments from developing countries so that suspended debt payments don’t accrue into the future.

“Livelihoods will be wiped out in a way we have never seen before,” Ahunna Eziakonwa, the United Nations Development Program regional director for Africa, has said. The U.N. Economic Commission for Africa has said oil-exporting nations like Nigeria and Angola, two of Africa’s largest economies, could lose up to $65 billion in revenue as prices fall.

The new appeal, signed by all European leaders of the G-20, welcomed a European Union plan for a pledging conference in May.

“No region can win the battle against COVID-19 alone,” it said. “If it is not beaten in Africa, it will return to haunt us all.”