Coronavirus has mutated to become far deadlier in Europe than the milder strain that made its way to the US west coast, Chinese study finds

The coronavirus has mutated into at least 30 different strains, which could have very deadly complications for the pandemic, a new small study finds.

A team of researchers from Zhejiang University in China say there are tens of strains of the virus, scientifically known as SARS-COV-2.

Strains within China were some of the most dangerous and resembled ones that spread across Europe, reported the South China Morning Post.

Meanwhile, the weaker strains appeared to largely congregate within the US.

The authors say their findings are the first to show that the mutation could affect the severity of illness.

It comes on the heels of studies that claim the US was hit by two different clusters of the coronavirus, with type A dominating the West Coast and type B in New York. 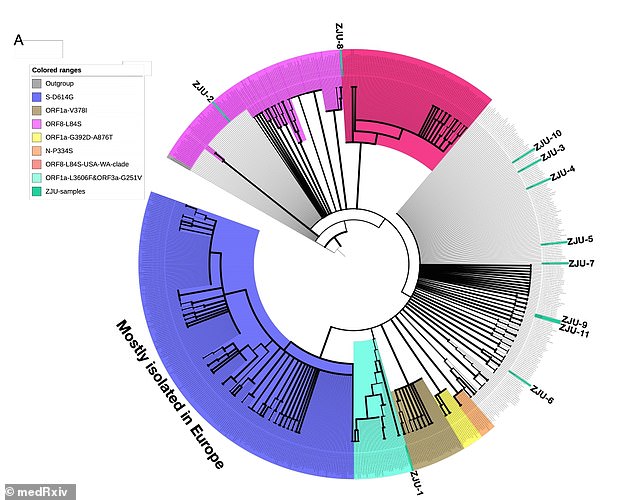 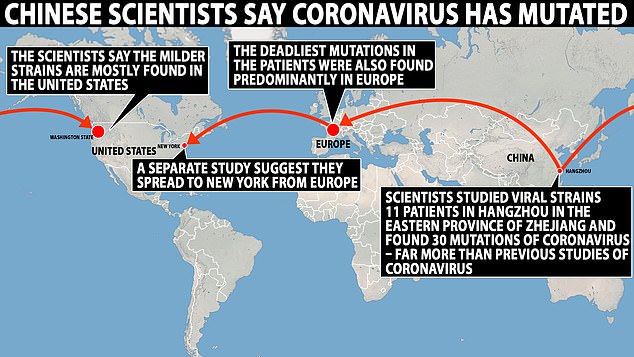 For the study, published on the preprint service medRxiv.org on Sunday, the team analyzed viral strains from 11 Chinese coronavirus patients.

The Post reported that, next, they tested how effectively the virus could infect and kill human cells.

Surprisingly, the team found some of the deadliest mutations in Zhejiang, where the university is located.

These mutations had also been seen in several hard-hit European countries such as Italy and Spain – before spreading to the US epicenter New York.

Additionally, the most aggressive strains could created up to 270 times as much viral load as the least potent type. 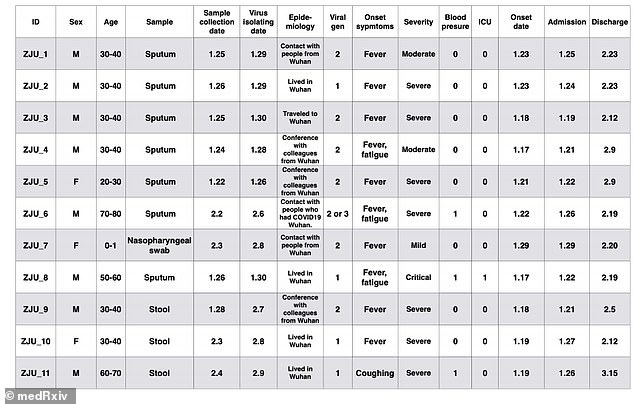 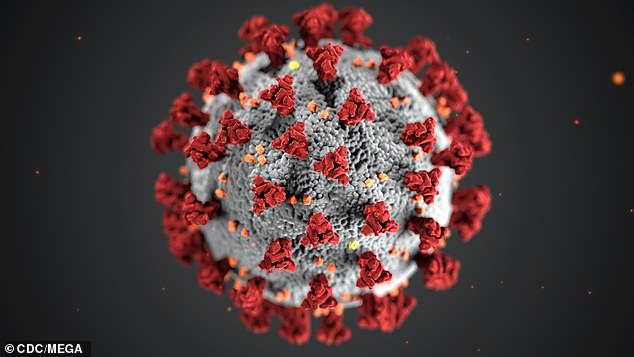 The most severe strains could generated up to 270 times as much viral load as the weakest variations. Pictured: Illustration of the novel coronavirus by the CDC

However, some of the milder mutations were the varieties largely found in the US, including Washington state, which could be the strain that shut down Wuhan, where the virus originated.

‘Sars-CoV-2 has acquired mutations capable of substantially changing its pathogenicity,’ the authors wrote, according to the Post.

The researchers warned that just because the mutations were milder, it didn’t mean there was a low risk of mortality,

Two patients in Zhejiang, one in their 30s and one in their 50s, became severely ill after contracting weaker strains.

Although both recovered, the elder patient required treatment in a hospital’s intensive care unit. 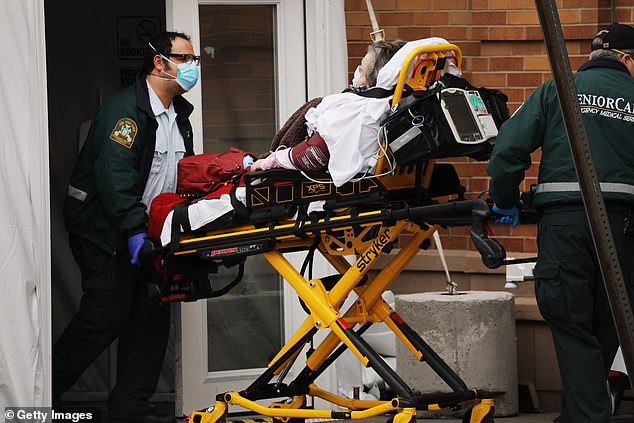 Some of the deadliest mutations were Zhejiang, where the university is located, as well as in several European countries 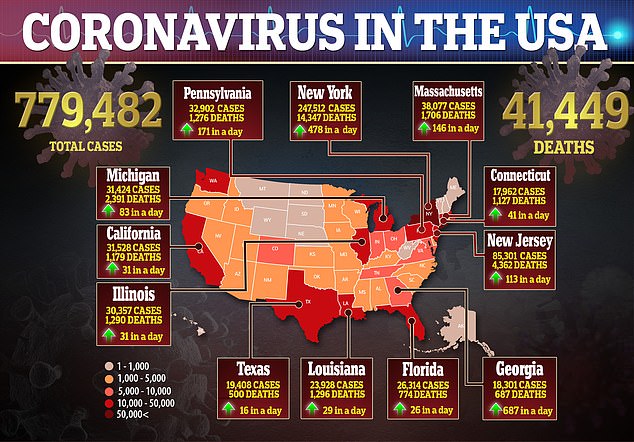 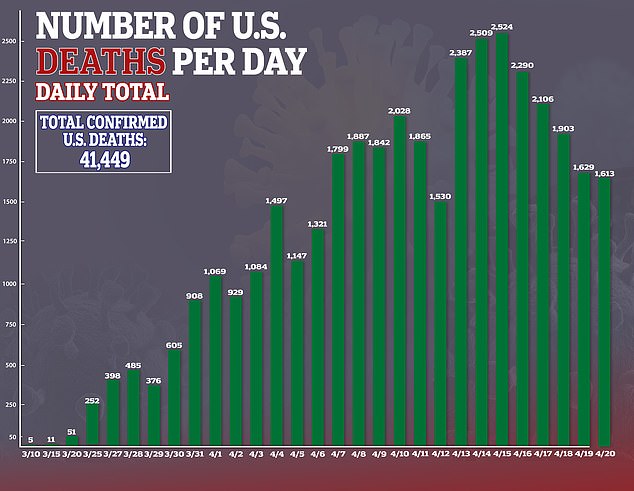 Researchers detected about 30 mutations in total. About 60 percent of them, or 19, were new.

The authors say that patients with COVID-19, the disease caused by the virus, have been receiving the same treatment at hospital regardless of what strain they have.

They say that strains may need different efforts to fight the virus.

‘Drug and vaccine development, while urgent, need to take the impact of these accumulating mutations…into account to avoid potential pitfalls,’ the researchers said.

HOW AMERICA WAS HIT WITH COVID-19 FROM TWO CONTINENTS: MAJORITY OF CASES IN NEW YORK CAME FROM EUROPE WHILE DIFFERENT STRAIN FROM CHINA HIT WEST COAST

By Natalie Rahhal, Acting US Health Editor for DailyMail.com

Most Americans with coronavirus are infected with a strain that came from Europe – but the strain that shut down Wuhan, China spread on the West Coast, recent research shows.

Coronavirus likely came to the US first from Europe, circulating unseen among New Yorkers for weeks before the state’s first case was diagnosed, and even before it arrived in Washington state, where the first American case was confirmed.

It’s this European strain that’s driven the majority of infections in the US, now concentrated in New York and the East Coast, not the strain of the virus most prevalent in China, according to a new analysis of viral genomes by the Icahn School of Medicine at Mount Sinai.

A second strain struck the West Coast and likely arrived later from China, despite the fact that a man who traveled back to the US from China was the first identified American infected with COVID-19. 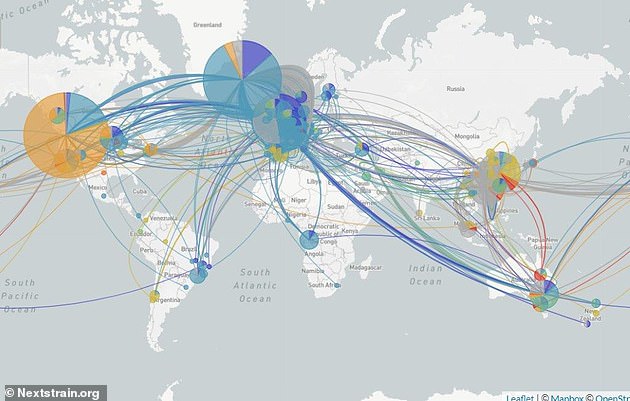 DNA Researchers believe the virus was being spread around the city by mid-February – weeks before New York’s first confirmed case. This map shows the trajectory of various strains of the coronavirus as it criss-crosses the globe, according to an ongoing genome analysis by Nextstrain.org

Separately, Cambridge University scientists found that there are three distinct strains of the virus that account for most of the world’s cases.

It’s now quite clear that coronavirus first made the jump to humans from anteater-like animals called pangolins after getting its start in bats.

As it has spread among humans around the world, the virus that causes COVID-19, SARS-CoV-2, has mutated into different strains – although not as quickly as some viruses evolve.

Many scientists have delved into the genomes of these viruses to try to work out their ancestry and how each has traveled and spread.

The genetic history of the coronavirus was mapped from December 24 to March 4, revealing three distinct, but closely related, variants. Scientists believe the virus may be constantly mutating to overcome differing levels of immune system resistance in different populations 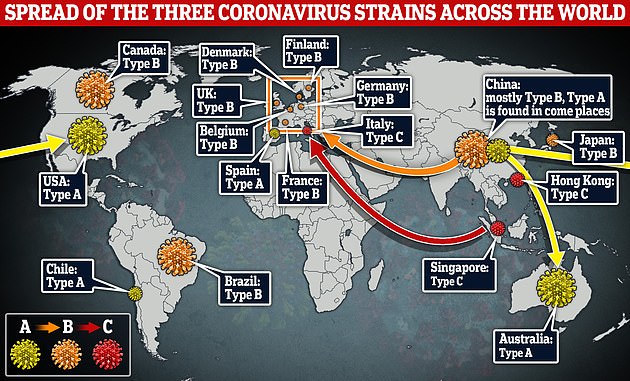 Researchers at Nextstrain.org, traced the virus strains, coded in bright colors on an interactive map as they’ve criss-crossed the globe and multiplied in number from the first iteration of coronavirus in China.

The authors of the new Cambridge University study dubbed the first strain to hit humans ‘type A.’

But the original didn’t linger long in China, instead jumping to and taking hold in Japan, Australia and the US.

Instead, a mutated version of the virus – type B – arose and became the dominant spread in China, before moving on to Europe, South America and Canada.

Still a third strain, type C, became the dominant version of COVID-19 in Singapore, Italy and Hong Kong, according to the Cambridge analysis of viral genomes in samples from coronavirus patients.