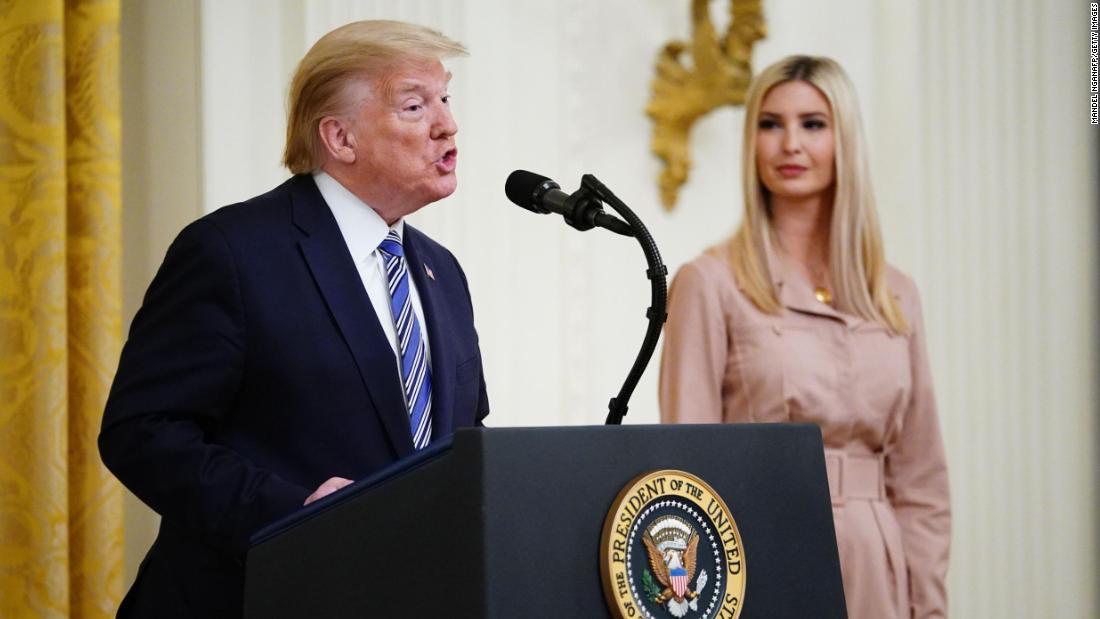 The man who said he knew more about ISIS than the generals and claimed to have stunned dumfounded aides with his scientific acuity prides himself on a mystical instinct to make right calls.

“Many very good experts, very good people too, said this would never affect the United States,” Trump told CNN’s Jim Acosta on Tuesday. “The experts got it wrong. A lot of people got it wrong and a lot of people didn’t know it would be this serious.”

Such comments are typical of Trump’s consistent habit of blaming others for his own poor judgments. For the record, senior Centers for Disease Control and Prevention official Nancy Messonnier warned on February 27 that it was inevitable the disease would reach the US and could be “bad.”
The President’s deflections on Tuesday are typical of his wider political method of evading responsibility by bending the truth and of creating distractions. They play into what is apparently his most pressing concern — massaging his own reputation. Such tactics helped him ride out the Russia scandal and impeachment.
But in the depths of the current disorientating times, the deeper liabilities of the President’s political approach are being exposed. A hostility to details, a resistance to accepting the advice of experts and for learning the messy intricacies of a crisis that interrupted his own narrative in election year. Bolstering such an impression, the Washington Post reported for instance that multiple references to the threat from the novel coronavirus were embedded into Trump’s classified briefings. Either he didn’t read them or he chose to ignore them.

Trump’s initial failure was to downplay the seriousness of the crisis. But his management of the situation ever since then has raised questions about the extent to which the President has appreciated the multi-front challenge facing the United States and the world.

Humanity is facing three crises at the very least — medical, economic and social — that will cause financial and geopolitical reverberations for years. Yet Trump says he sees “light at the end of the tunnel” and acts as if America is nearly home free.

Doubts about the seriousness of the administration’s response were also revealed in a more trivial, yet still telling, episode on Tuesday when Vice President Mike Pence flouted CDC guidance and chose not to wear a facemask during a visit to the Mayo Clinic in Minnesota. Pence explained that he is frequently tested for Covid-19 so was unlikely to be an asymptomatic carrier of the disease.

But he missed a chance to set an example to the rest of the country.

Trump’s comments contradict his own experts

Trump’s comments on injecting disinfectant last week were ridiculed. But they were a sign of something more than the usual Trumpian storm. They were remarks of a President who often appears unprepared, riffs on intricate issues and hasn’t done the homework to master details of a complicated emergency.
Similarly, Trump urged governors on Monday to seriously consider reopening schools, CNN reported. But he didn’t appear to have considered implications of millions of kids gathering, spreading the virus and infecting older, more vulnerable family members in a manner that could fuel the pandemic. His comment was consistent with an apparent conclusion that the worst of the pandemic has passed and that the virus, which scientists say is lying in wait for reopening, is simply gone. 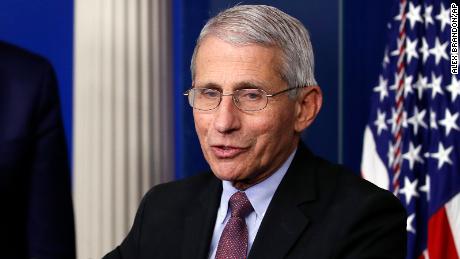 Even if the looming clutch of state openings do not cause a second spike in the virus, public health experts fear that in the absence of a vaccine it will return with a vengeance later in the year. Not Trump.

“I think what happens is it’s going to go away. This is going to go away. And whether it comes back in a modified form in the fall, we’ll be able to handle it,” he said in remarks that may again amount to underestimating a potential threat.

One of Trump’s top medical experts, Dr. Anthony Fauci, who has been far less enthusiastic than Trump about the lackluster US testing effort appears far less optimistic.

“If by that time we have put into place all of the countermeasures that you need to address this, we should do reasonably well. If we don’t do that successfully, we could be in for a bad fall and a bad winter,” Fauci said on Tuesday during an Economic Club of Washington webinar.

The President is again pushing aggressively for states to get back to business quickly — despite balking at Georgia’s aggressive plan last week.

“Many States moving to SAFELY & QUICKLY reopen!” Trump tweeted on Tuesday, showing little appreciation of the huge gamble with health and lives governors are taking without the safety net of a blanket testing program Trump has declined to provide.

A wrenching national conversation is needed, ideally led by the President, about the relative impact of the pandemic and the job destroying lockdowns ordered to stop its spread. Political leaders must consider what level of infection and ultimately death is acceptable in a modern society in order to protect basic levels of economic viability. These are crushingly difficult issues that no official expected to face when they ran for office.

But there is no sign that Trump is about to engage on that issue with the public whose confidence will be needed to make any economic rebound sustainable. Every world and local leader is facing these agonizing choices. But given US power, influence and historic leadership of the Western world, a special burden of responsibility is often seen to rest on the shoulders of the man in the Oval Office.

Any normal President who made a prediction that a miracle would sweep a pandemic away, only to see it infect a million Americans over a couple of months, would be politically shattered. President George W. Bush’s failures over Hurricane Katrina look trivial by comparison. Yet Trump is protected in his bubble of unknowingness by a conservative media machine that attacks anyone who contradicts his comments.

The administration’s questionable commitment to addressing the nuts and bolts of the emergency have been evident in its repeated promises and failures to scale up the kind of massive testing effort that could help pry open the economy without the risk of a major resurgence.

Trump appears to have convinced himself that the lack of tests that his own experts and governors say are needed to trace and isolate new infections to stop a resurgence are mere distractions.

“There are big believers in testing, and then there are some governors that don’t feel as strongly about it at all,” Trump, said Monday.

Such comments make it seem unlikely the President has read the multiple think tank studies or expert opinions that millions of tests per day are needed to beat the pandemic or is interested in guidance that contradicts his pre-cooked view of the pandemic being close to its end.

Trump prefers to boast about the true fact that the US has tested more people than any other nation. But his sincerity is undermined by the reality that other smaller countries have tested far more people per capita. The US has tested 16.4 tests per 1,000 people, according to the a new Organization of Economic Cooperation and Development report, below the OECD member average of 23.1 tests per 1,000 people and trails Spain and Italy. America does, however, lead the UK and France.

The President’s forecasts for the economy also don’t seem to appreciate the depth of the slide. His predictions of “spectacular” growth in the next few quarters and an economy that will take off like a “rocket” sit uneasily with warnings by a top adviser, Kevin Hassett, that the country could be heading for Great Depression levels of unemployment.

There is also debate about the President’s observance of another aspect of his role as head of state — his willingness to console the country at a time of mourning. Trump usually mentions those who died and says they will not be forgotten during his scripted remarks at the start of press conferences. But he most often talks about the dead in terms of what he says are lower than projected final death toll models after the pandemic. And he has taken to arguing that his efforts — which were belated — might have saved a million lives.

There are no guarantees another president of either party would have done a better job in this time of testing than the unconventional Trump.

But it’s almost certain that he or she would have made a far greater show of mastering the details and would — even for their own political protection if nothing else — have done far more to prepare the country for the trial ahead.