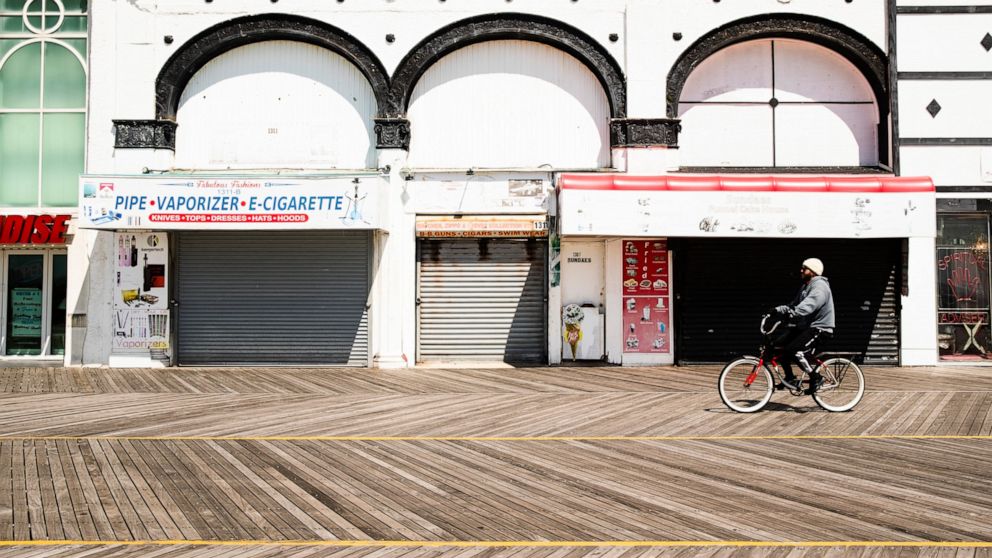 The U.S. economy began 2020 riding the crest of a record-long expansion with every expectation that its 11th year of growth would not be its last

WASHINGTON — The U.S. economy began 2020 riding the crest of a record-long expansion with every expectation that its 11th year of growth would not be its last.

Then the economy screeched to a sudden halt. And now it’s in free-fall.

On Wednesday, the government will offer a glimpse of how dark the picture has grown and how much worse it could get as the coronavirus pandemic inflicts ruinous damage. The Commerce Department is expected to estimate that the gross domestic product, the broadest gauge of the economy, shrank at an annual rate of 5% or more in the January-March quarter.

And yet forecasters say that will be only a precursor of a far grimmer GDP report to come for the current April-June quarter, when business shutdowns and layoffs have struck with devastating force. The Congressional Budget Office has estimated that GDP will plunge in the current quarter by a 40% annual rate. That would be, by a breathtaking margin, the bleakest quarter since such records were first compiled in 1947.

In just a few weeks, businesses across the country have shut down and laid off tens of millions of workers. Factories and stores are shuttered. Home sales are falling. Households are slashing spending. Consumer confidence is sinking.

As the economy slides into what looks like a severe recession, some economists are holding out hope that a recovery will arrive quickly and robustly once the health crisis has been solved — what some call a V-shaped recovery. Increasingly, though, analysts say they think the economy will struggle to regain its momentum even after the viral outbreak has subsided.

Many Americans, they suggest, could remain too fearful to travel, shop at stores or visit restaurants or movie theaters anywhere near as much as they used to. In addition, local and state officials may continue to limit, for health reasons, how many people may congregate in such places at any one time, thereby making it difficult for many businesses to survive. It’s why some economists say the damage from the downturn could persist far longer than some may assume.

“The recession will be worse than the one we went through from 2007 to 2009,” said Sung Won Sohn, economics and business professor at Loyola Marymount University in Los Angeles, referring to the downturn that came to be called the Great Recession because it was the worst slump since the Great Depression of the 1930s.

There is also fear that the coronavirus could flare up again after the economy is re-opened, forcing reopened businesses to shut down again.

“The virus has done a lot of damage to the economy, and there is just so much uncertainty now,” said Mark Zandi, chief economist at Moody’s Analytics.

Zandi said he thought the economy could resume its growth in the July-September quarter before faltering in the final quarter of 2020 and then regaining its footing on a sustained basis in mid-2021 — assuming that a coronavirus vaccine is ready for use by then.

“I would characterize this period as going through quicksand until we get a vaccine,” Zandi said.

The Trump administration takes a rosier view. President Donald Trump told reporters this week that he expects a “big rise” in GDP in the third quarter, followed by an “incredible fourth quarter, and you’re going to have an incredible next year.”

The president is predicating his re-election campaign on the argument that he built a powerful economy over the past three years and can do so again after the health crisis has been resolved.