By James Ayles For Mailonline

Travellers turned out in huge numbers to attend a funeral in Thornaby, North Yorkshire, in defiance of social distancing measures meant to prevent the spread of coronavirus across the UK.

Guidelines introduced by the government meant that the mourners were told only 15 people could be present for the ceremony, but dozens of attendees could be seen walking alongside the hearse.

Crowds reportedly began to gather around 9am and so many people came to pay respects that the funeral, planned for 1pm, did not begin until 1:40pm, with police watching over the event from afar. 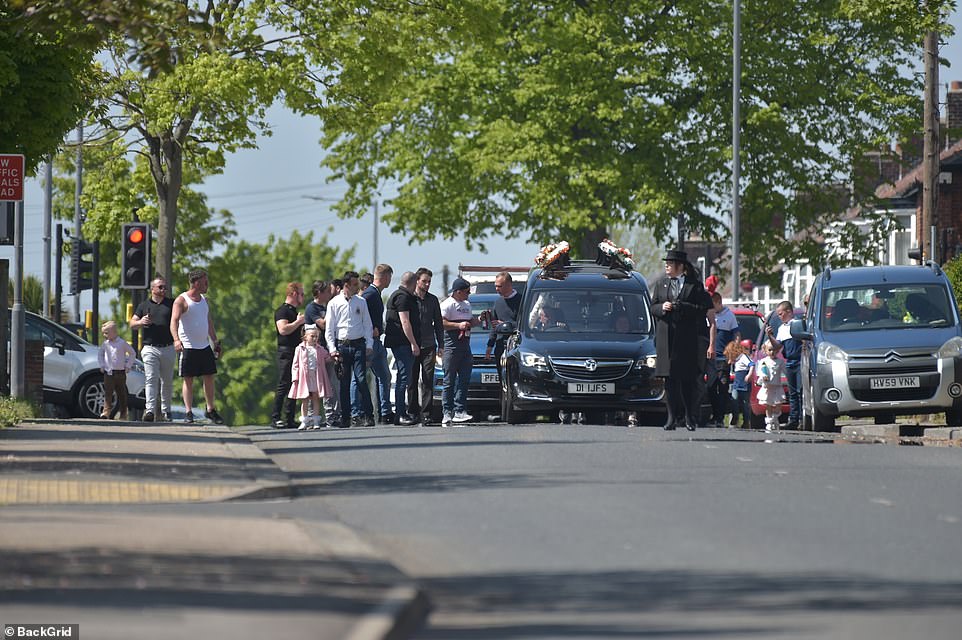 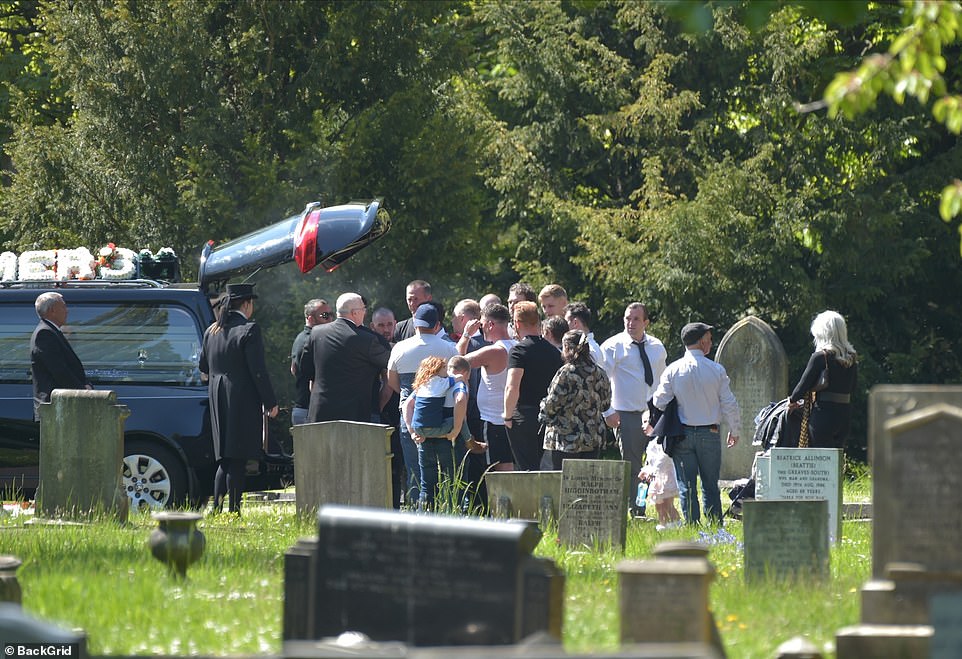 In defiance of social distancing measures, a large crowd of travellers gathered to attend a gypsy funeral in Thornaby 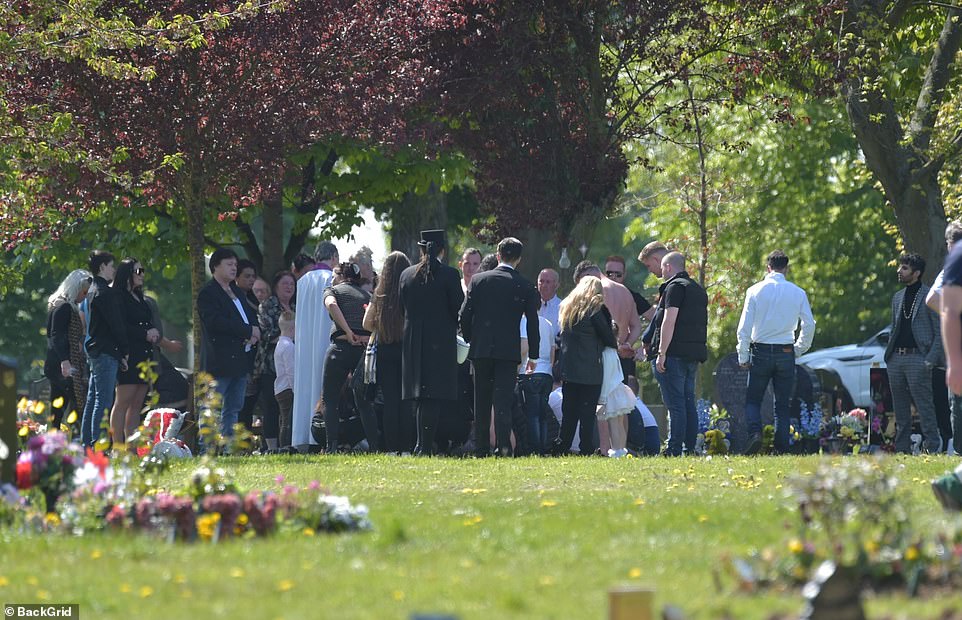 The number of mourners in attendance, beginning at 9am, meant that the service was delayed by 40 minutes

Funeral director Irene Jessops, whose company is based in Thornaby, was conducting the service and confirmed that mourners had been outside of her funeral home with the coffin since 9am.

Guidelines instructing people to keep two metres from each other were introduced in March as the coronavirus pandemic reached the UK, with a full nationwide lockdown initiated from March 23.

While Prime Minister Boris Johnson is due to issue a statement on easing lockdown measures on Sunday night, they currently remain in place and include restrictions on mass gatherings for events such as weddings and funerals. 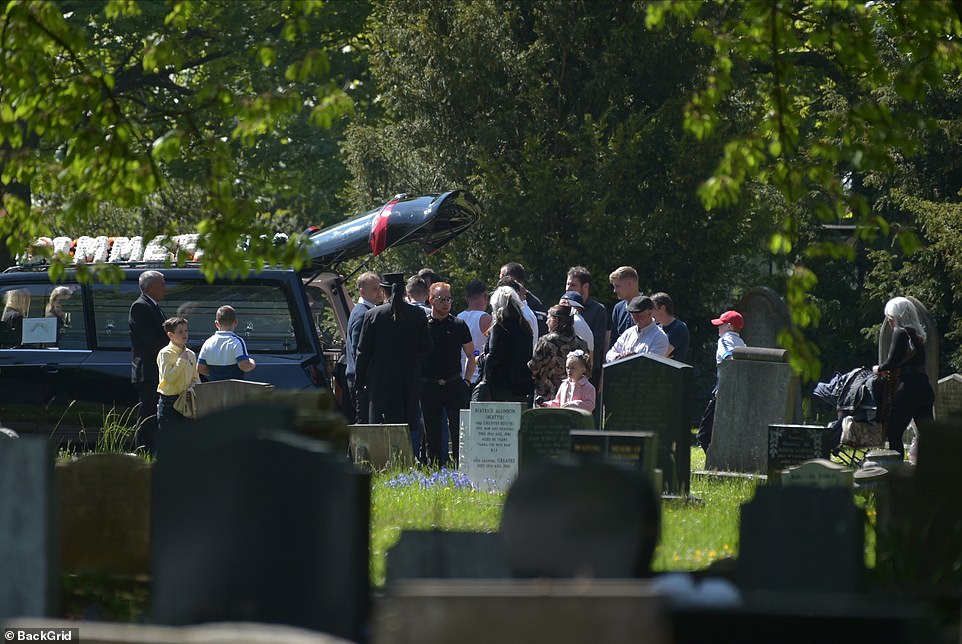 Under the government’s guidelines around social distancing, funerals have had limited attendance 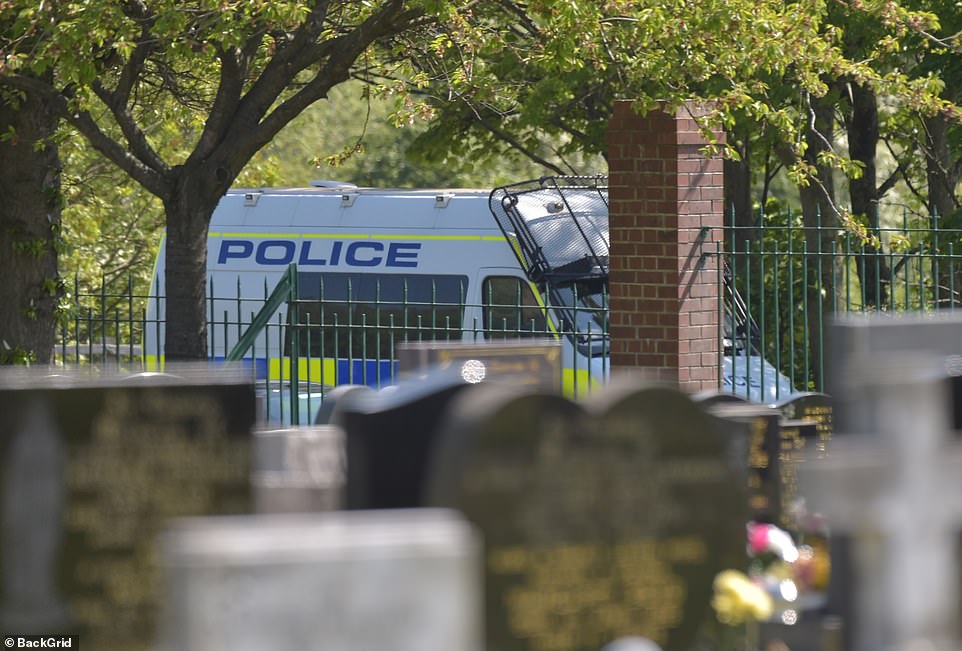 This is not the first instance of mourners breaking lockdown rules to conduct funerals after travellers in Bedfordshire seized the body of a deceased friend and carried out their own ceremony in April.

Last week, another group reportedly packed into Oxbridge Cemetery in Stockton, with police also keeping an eye on the gathering.

A letter signed by 36 MPs has also called for easing of restrictions on church services, with the politicians concerned that ‘the wishes of the deceased and bereaved are not being fulfilled with a proper committal in the church of their wish’. The letter wanted small services opened up in the coming weeks.

Public Health England’s guidance said: ‘Mourners should avoid any direct face to face or physical contact, for example hugging each other unless they are part of the same household.’ 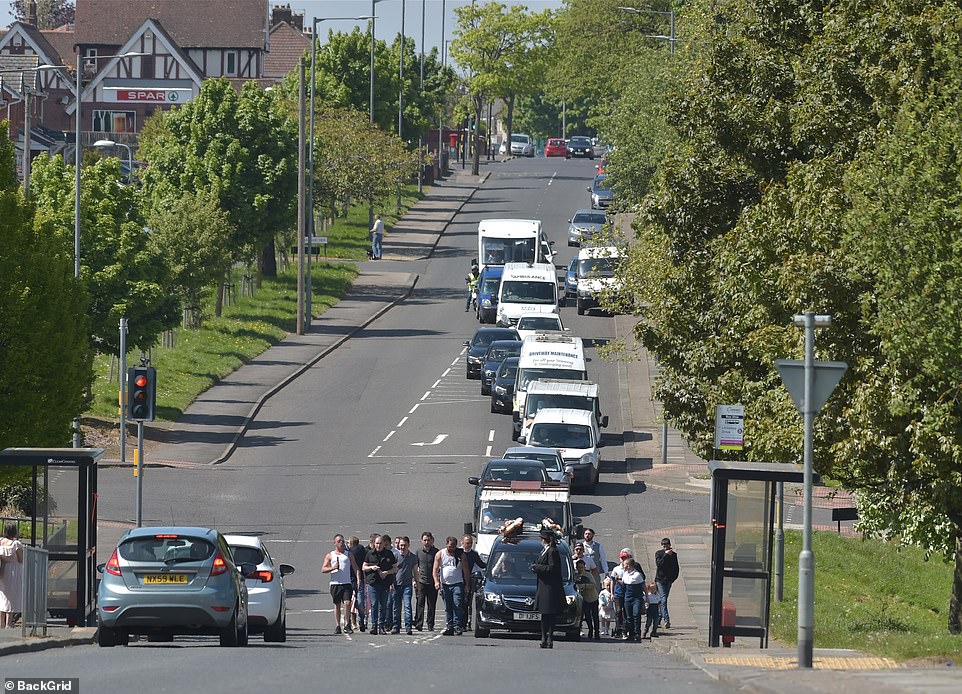