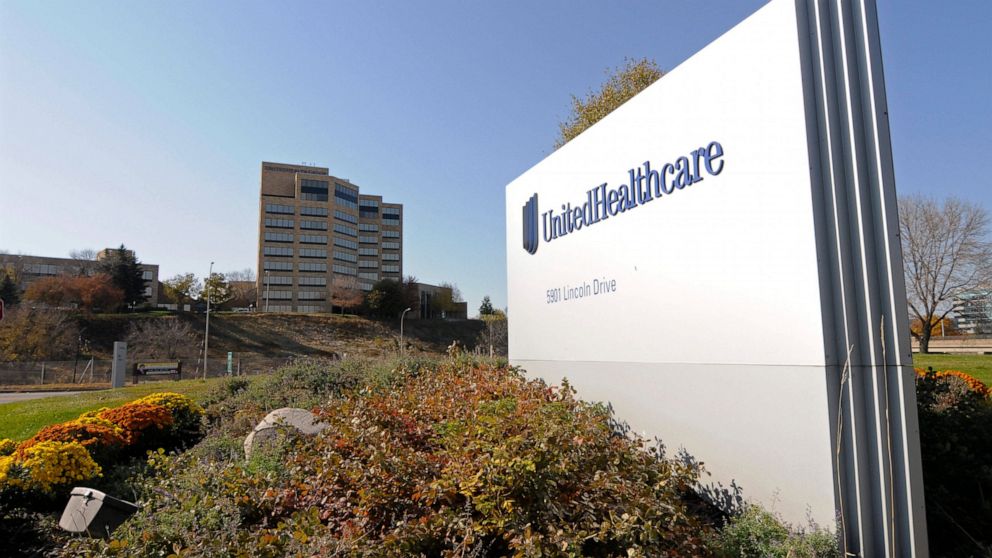 MINNETONKA, Minn. — UnitedHealth Group is sticking with its 2020 profit forecast for now, as the health insurance giant sifts through all the ways the coronavirus pandemic may alter its business.

Many companies have withdrawn financial forecasts because the rapidly spreading pandemic has shut down large portions of the economy and made most of those predictions worthless.

But UnitedHealth leaders told analysts Wednesday they’re still trying to understand how the pandemic will affect its broad range of businesses so they will stay the course on expectations.

“We view this as the most reasonable baseline posture in these uncertain times,” CEO David Wichmann said.

The coronavirus developed too late in the United States to have much of an impact on UnitedHealth’s first quarter. But it could hit — or help — the company’s performance a number of ways as the year unfolds.

UnitedHealth runs a health insurance business that covers nearly 49 million people, mostly in the United States. That segment could lose customers for its employer-sponsored health coverage as companies cut workers during a wave of layoffs that has swept across the country.

UnitedHealth’s enrollment did slip more than 2% in the quarter, but company leaders had predicted that mostly due to a loss of some contracts.

If people lose jobs, the insurer also may gain some business in less-profitable Medicaid coverage that it manages for states. Medicaid pays for health care for low-income people.

UnitedHealth also has started to see a drop in elective surgeries through its OptumHealth segment, which runs clinics and surgery centers. That could hurt revenue but also help the insurance business, which doesn’t have to pay those claims. How much help it provides will depend on whether those surgeries are rescheduled later this year.

In the first quarter, net income fell about 2% to $3.38 billion, but adjusted earnings of $3.72 per share easily topped Wall Street expectations.

Analysts expect, on average, earnings of $16.21 per share, according to FactSet.

UnitedHealth also said Wednesday that it will temporarily lose one of its leaders. Optum Chief Executive Andrew Witty will take a leave of absence to help lead a World Health Organization push to accelerate the development of a COVID-19 vaccine.

Witty is the former CEO of British drugmaker GlaxoSmithKline. UnitedHealth expects him to return around the end of the year.

The Minnetonka, Minnesota, company’s stock had climbed 18% in 2019, with the price reaching $300 for the first time in late December. It hit an all-time high price of $306.72 in February before shedding more than $100 in value over the next month as the broader market tanked.

A portion of this story was generated by Automated Insights (http://automatedinsights.com/ap) using data from Zacks Investment Research. Access a Zacks stock report on UNH at https://www.zacks.com/ap/UNH