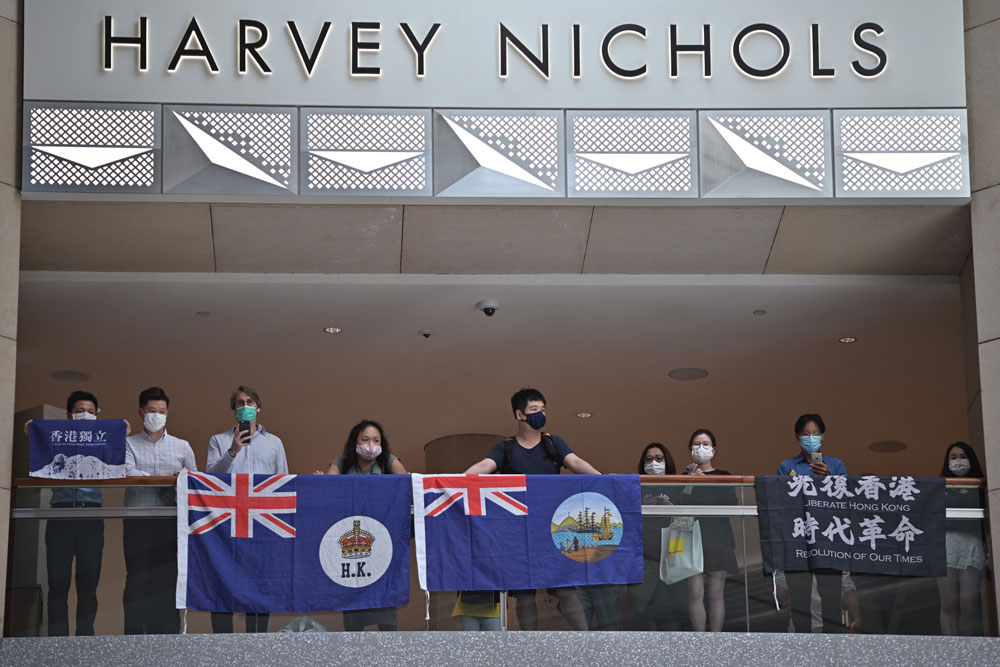 Alvin Yau is exhausted. Like other residents in Hong Kong, he hasn’t had a break in nearly a year, ricocheting from one crisis to the next.

When Hong Kong was consumed by anti-government, pro-democracy protests last year, the 25-year-old banking analyst found himself constantly on edge, unable to sleep at night, and so overwhelmed he once burst into tears in the middle of the street.

The political chaos began calming somewhat in December — but only weeks later, the first reports emerged of a mysterious new virus across the border in mainland China.

The novel coronavirus has since exploded into a global pandemic, infecting more than 3.5 million people globally and killing more than 251,000. In Hong Kong, there have been more than 1,040 cases — relatively low due to months of stringent quarantine measures and closed borders.

But the pandemic dealt a second blow to a population already devastated by six months of violent unrest — and now, experts warn it could culminate in a mental health crisis.

“I feel fatigued, both physically and mentally,” he said. “After you go to the protests, you just feel tired. Right now, we don’t have protests so we don’t have that physical stress, but on the mental side, it’s still the same … I feel very hopeless.”

It’s a common sentiment: In a survey by Hong Kong University between March and April, more than 40% of respondents showed symptoms of anxiety, depression, post-traumatic stress disorder (PTSD), or any combination of the three.

These numbers may be even higher, in reality, due to under-reporting; many Hong Kongers are reluctant to talk openly about or disclose mental illness due to deep-rooted social stigma and insufficient mental health education.

Activists and educators have been working for years to break down this stigma, but they say the fight has taken on a new urgency, as people buckle under the weight of two back-to-back crises with no immediate relief in sight.