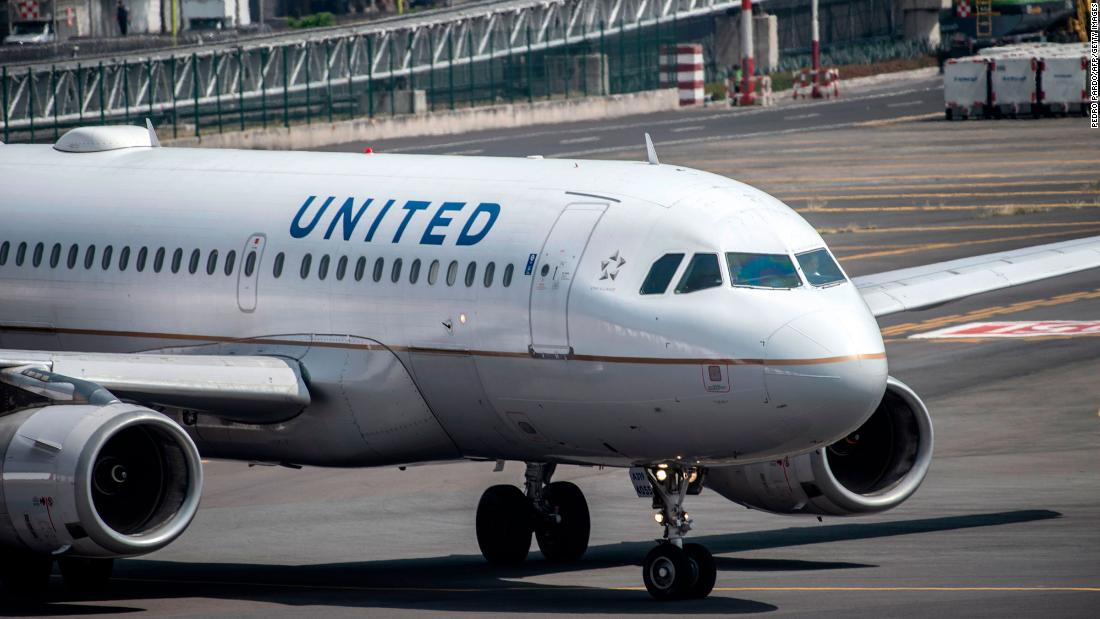 In a memo to some United Airlines staffers, which was obtained by CNN Business, Greg Hart — the company’s chief operations officer — said the airline will need to “right size” its workforce.

“You may want to seriously consider if you’re in a position to take a voluntary separation,” Hart wrote. He added, “You, alone, can decide if a [Voluntary Separation Program] works for you and your family.”

Hart said executive salaries have been cut and that the airline is trying to be transparent with its rank-and-file workforce.

“We recognize that this is painful news, but it provides what we believe is the most accurate assessment of what lies ahead for our company,” he said.

United (UAL) announced last month that it was cutting its May and June schedule by about 90% of what was originally planned at the start of the year.
The airline is precluded from laying off staff for the next six months under terms of a federal financial assistance package that will provide it with about $5 billion, though it is preparing to cut staff as soon as Oct. 1, according to an April letter sent to staff by CEO Oscar Munoz and President Scott Kirby.
US airlines have fallen on hard times. Last week, United reported its first loss since 2014. Overall it reported a loss excluding special items of $639 million, worse than the roughly $500 million loss that analysts surveyed by Refinitiv expected. The net loss for the quarter came to $1.7 billion.
Also last week, American Airlines (AAL) posted a significantly worse-than-expected loss in the first quarter, its first loss since emerging from bankruptcy six years ago. And Southwest Airlines (LUV) reported its first quarterly operating loss since the depths of the Great Recession 11 years ago.
Over the weekend, famed investor and Berkshire Hathaway CEO Warren Buffett disclosed that his company recently sold its entire stakes in the four airline stocks that the company had owned, calling it a mistake to invest in the industry.
Berkshire Hathaway revealed in early April that it trimmed its stakes in Delta (DAL) and Southwest. But in response to a question from a Berkshire shareholder, Buffett said the company sold all its shares in Delta and Southwest, as well as United and American, because he believes it will take years for air travel to recover.

— Chris Isidore and Paul La Monica contributed to this report.