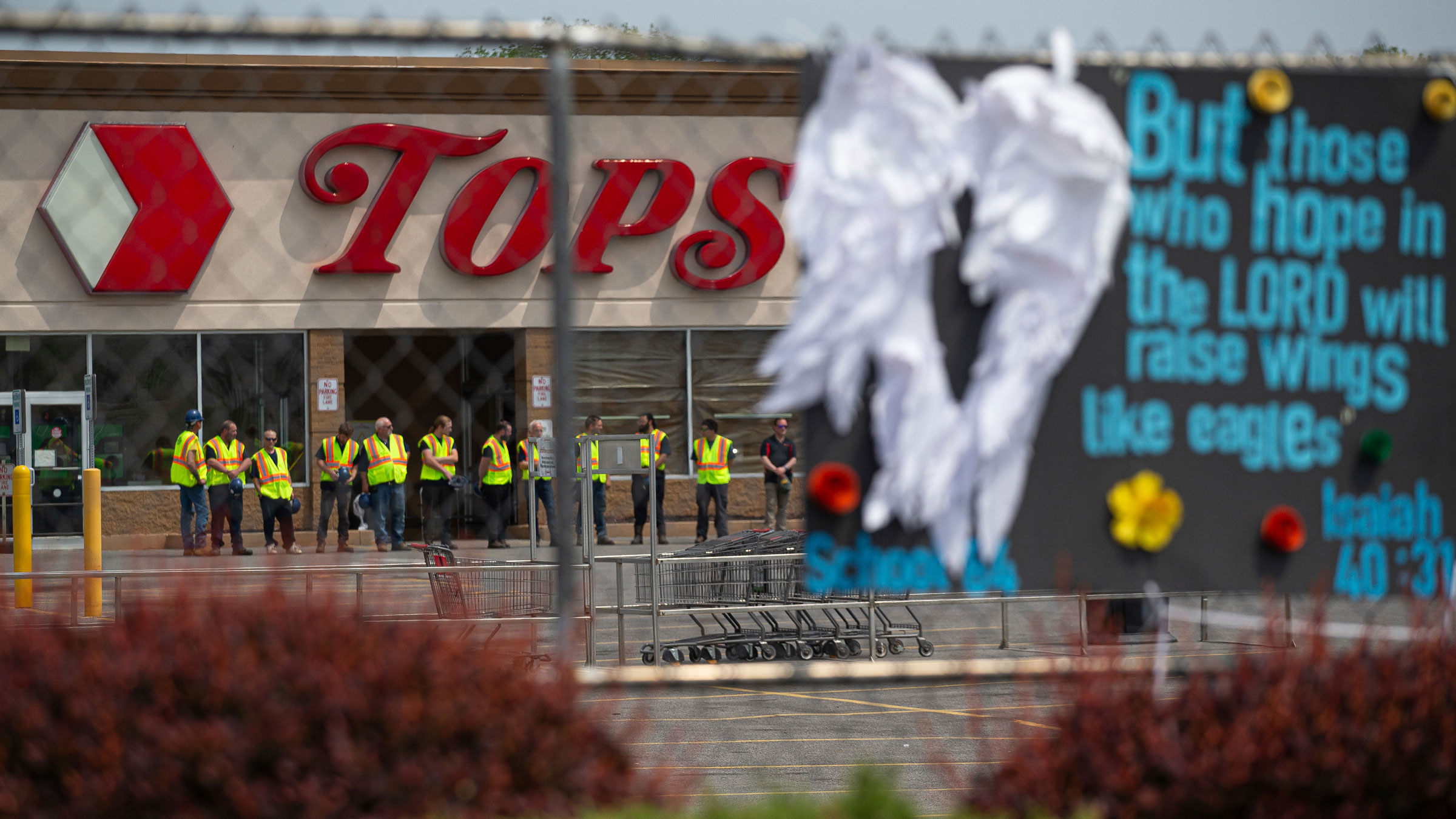 Investigators stand outside on May 21 during a moment of silence for the victims of the Buffalo supermarket shooting. (Joshua Bessex/AP)

The 18-year-old White man who opened fire at a Buffalo supermarket, killing 10 and injuring three, was first known to authorities in 2021 after making a generalized threat while attending his high school, according to Buffalo Police Commissioner Joseph Gramaglia.

New York State Police took the suspect to a hospital for a psychiatric evaluation after he made a threat and worked on a school project that mentioned murder-suicides. But authorities released him after a day-and-a-half after determining that his threat was not specific enough to warrant further action, investigators have previously said. This allowed him to legally purchase the AR-15-style weapon he used in the attack.

The case of the Buffalo suspect – who pleaded not guilty to the 25-count indictment against him – exemplifies how high-risk adolescents, left untreated and unmonitored, can fall through the cracks of the system that aims to disrupt potentially violent behaviors, which allows those young people to carry out deadly acts of violence, several experts tell CNN.

Experts researching and developing approaches for long-term treatment to troubled teenagers say that they demand intensive services over a long period of time across agencies in mental health, community and law enforcement.

High-risk adolescents are characterized by antisocial disorders, social withdrawal, depressed mood and a lack of empathy or remorse, according to a National Policing Institute report released earlier this year on managing high-risk adolescents in community contexts. Those who become radicalized by extremist groups or harbor dangerous, racist views, experts say, require a more complex treatment plan that seeks to address the underlying causes of their ideology and reframe their mindset entirely.

The role of police in dealing with high-risk adolescents is to respond to an articulated or imminent threat of danger, an arrest, or transportation to a psychiatric or crisis center for an evaluation, according to Frank Straub, director of the National Policing Institute’s (NPI) Center for Targeted Violence Prevention.