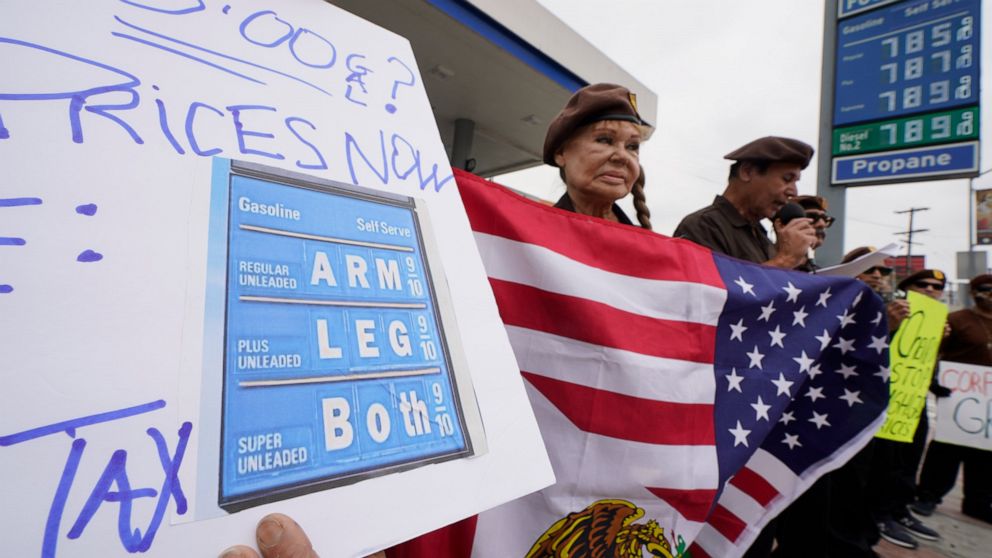 LONDON — Russia’s war in Ukraine and the energy and food crises it worsened will severely drag down global economic growth and push up inflation this year, the Organization for Economic Cooperation and Development said Wednesday.

China’s “zero-COVID” policies that have scrambled manufacturing supply chains also are weighing on a world economy that was just starting to rebound from the COVID-19 pandemic, the Paris-based OECD said, becoming the latest institution to slash its growth forecast and underscoring the dimming economic outlook.

The OECD, a club of largely wealthy nations, expects the global economy to expand 3% in 2022, down from the 4.5% that it predicted in December.

Inflation is forecast at nearly 9% for the OECD’s 38 member countries, which include the United States, United Kingdom and many European nations, nearly double the previous estimate.

The World Bank, the United Nations, and the International Monetary Fund have made similar downgrades to their economic forecasts recently.

“Russia’s war is indeed imposing a heavy price on the global economy,” OECD Secretary-General Mathias Cormann said at a press conference in Paris.

The organization released its forecast as it gears up for a two-day annual meeting starting Thursday, attended by government ministers and featuring video remarks by Ukrainian President Volodymyr Zelenskyy.

The OECD warned that the economic turmoil will hit the poor the hardest. The war is disrupting supplies of basic food like wheat and energy, of which Russia and Ukraine are major global suppliers, and that’s fanning inflation that eats away at disposable income and living standards, it said.

The war is hurting economic growth in European nations the most because they are more exposed to the war through trade and energy links. But the OECD also raised the alarm about poor countries farther afield facing food shortages.

“We’re very concerned about the food situation in low-income countries. The war is really sending shockwaves all the way to Africa and the Middle East,” OECD chief economist Laurence Boone said. “The war could spark starvation. It could cause political unrest and turmoil.”