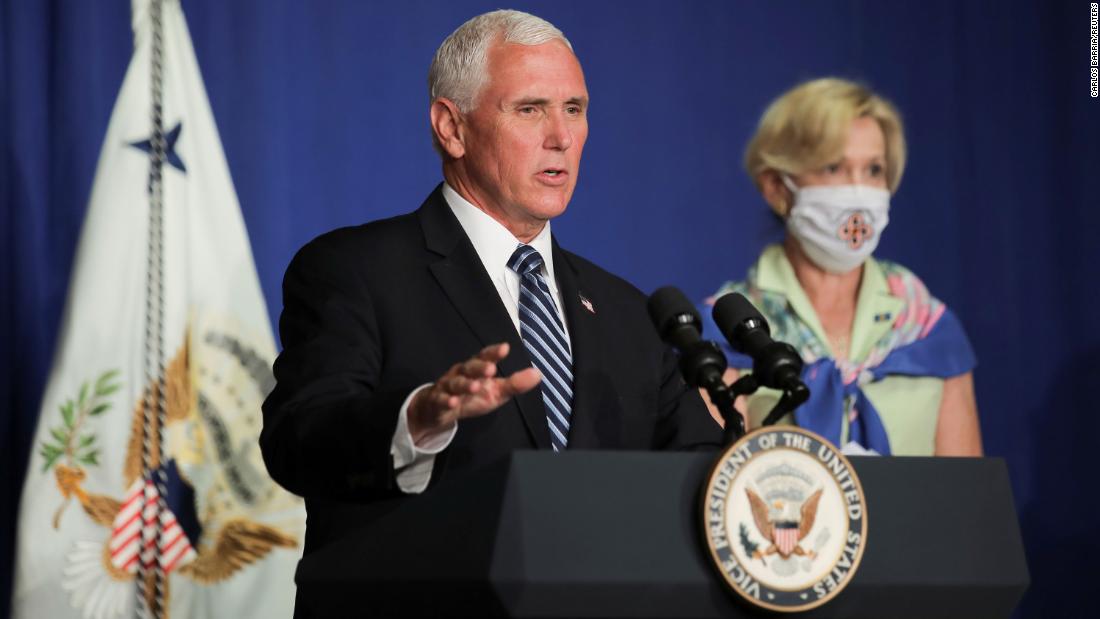 The “red zone” is defined in the 359-page report as “those core-based statistical areas (CBSAs) and counties that during the last week reported both new cases above 100 per 100,000 population, and a diagnostic test positivity result above 10%.”

The report outlines measures counties in the red zone should take. It encourages residents to “wear a mask at all times outside the home and maintain physical distance.” And it recommends that public officials “close bars and gyms” and “limit social gatherings to 10 people or fewer,” which would mean rolling back reopening provisions in these places.

The report comes despite President Donald Trump’s insistence that states reopen and a push to send the nation’s children back to school, even as cases increase.

“Now we’re open, and we want to stay open and we will stay open. We’re not closing. We’ll put out the fires as they come out,” Trump said at a White House event earlier this month. 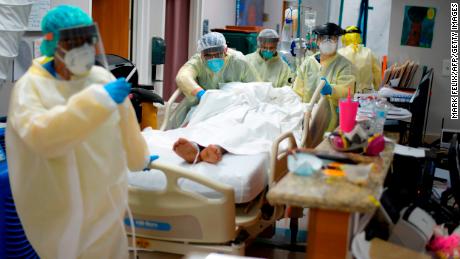 “When the vice president held a White House Coronavirus Task Force press briefing at HHS a few weeks ago, he reported that 16 states met the criteria for rising cases and rising positivity rate. As it stands in that report, there are only 10 states that fit that criteria. This is just one data point of many encouraging signs that we are seeing across the country as we continue to respond to the coronavirus pandemic,” O’Malley said in a statement.

Dr. Deborah Birx also said earlier this month that people living in states with coronavirus surges should return to the White House’s original “phase one” recommendations on gatherings.

Citing guidelines such as wearing face masks and avoiding bars and indoor events, Birx said those steps should be resumed in order to bring cases back under control.

She said they are “asking the American people in those counties and in those states to not only use those face coverings, not going to bars, not going to indoor dining, but really not gathering in homes either. And decreasing those gatherings back down to our phase one recommendation, which was 10 or less.”

Birx touted the importance of mask-wearing and said “any kind of indoor gathering” should be avoided in places experiencing a spike in cases.