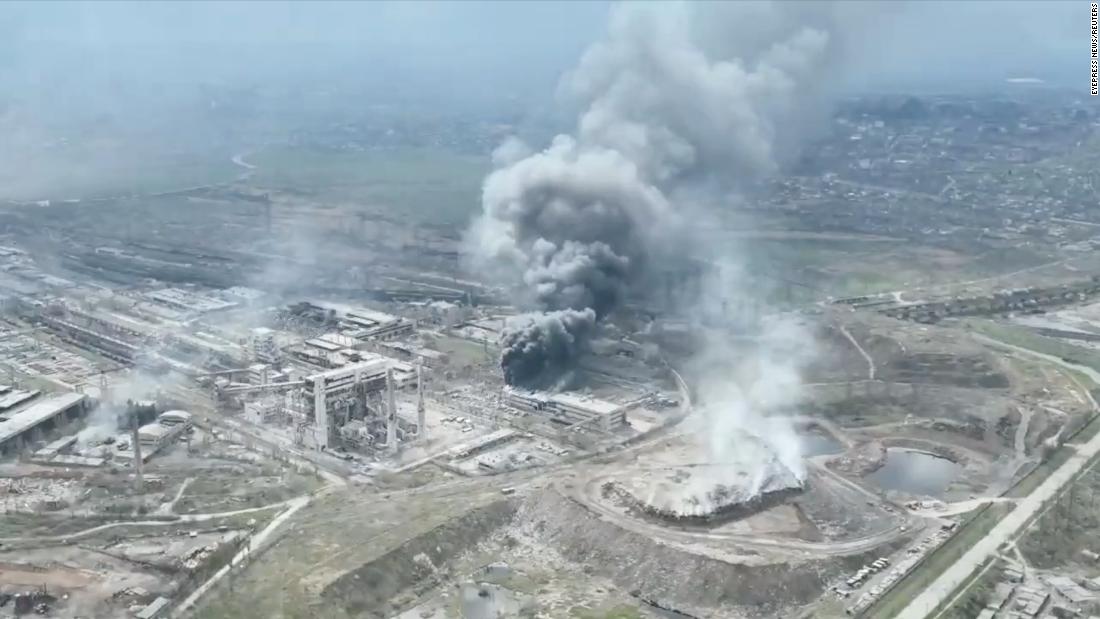 Donbas, a sprawling and beleaguered heartland region that blankets much of eastern Ukraine, has been the front line of the country’s conflict with Russia since 2014.

But now its people, already scarred by eight years of fighting, are bracing for an assault even more intense. An impending battle for control of the territory is expected to define Russian President Vladimir Putin’s invasion, after his forces suffered costly failures in Kyiv, and across central and northern Ukraine.

But what does the Donbas region mean to Putin? Despite its move into independence along with the rest of Ukraine in 1991, Donbas has maintained a place in the psyche of Russian leadership.

A famous Soviet propaganda poster from 1921 dubbed Donbas “the heart of Russia,” depicting the region as a beating organ with vessels stretching across the Russian empire. Before then, the region was part of the concept of “Novorossiya,” or New Russia, a term given to territories towards the west of which the Russian empire had expansionist ideas.

Cities like Luhansk and Donetsk are historically “places that (Russians) could see a certain version of themselves,” Rory Finnin, associate professor of Ukrainian studies at the University of Cambridge, told CNN.

And that historical image could still persist inside Putin’s own worldview, experts suggest.

Observers have often suggested that Putin’s desired endgame is to rebuild the Soviet Union in which he first rose up the ranks. Anna Makanju, former director for Russia at the US National Security Council, last month suggested that Putin “believes he is like the czars,” the imperial dynasties that ruled Russia for centuries, “potentially called by God in order to control and restore the glory of the Russian empire.”

But such a project could not be attempted without an effort to recapture Donbas, given its emotional resonance as the Russian empire’s industrial backbone. “It’s symbolically very important; the Donbas supplied the entire Soviet Union with raw materials,” Markian Dobczansky, an associate at Harvard University’s Ukrainian Research Institute, said.

“There’s every possibility that Putin will move now to effectively bisect Ukraine; that will give him enough to be able to declare a victory domestically, and allay his critics that this has been a botched invasion,” said Samir Puri, a senior fellow in urban security and hybrid warfare at the International Institute for Strategic Studies (IISS), who worked as a ceasefire observer in Donbas between 2014 and 2015.

Read more about Donbas here and learn more about Russia’s strategy in the region in the video below:

Russia’s war on Ukraine has turned toward the country’s eastern industrial region of Donbas. Vladimir Putin appears determined to occupy the region and bring it into Russia’s sphere of influence. But why? https://t.co/kLLEuM02Ej pic.twitter.com/G8m0eUQEWx