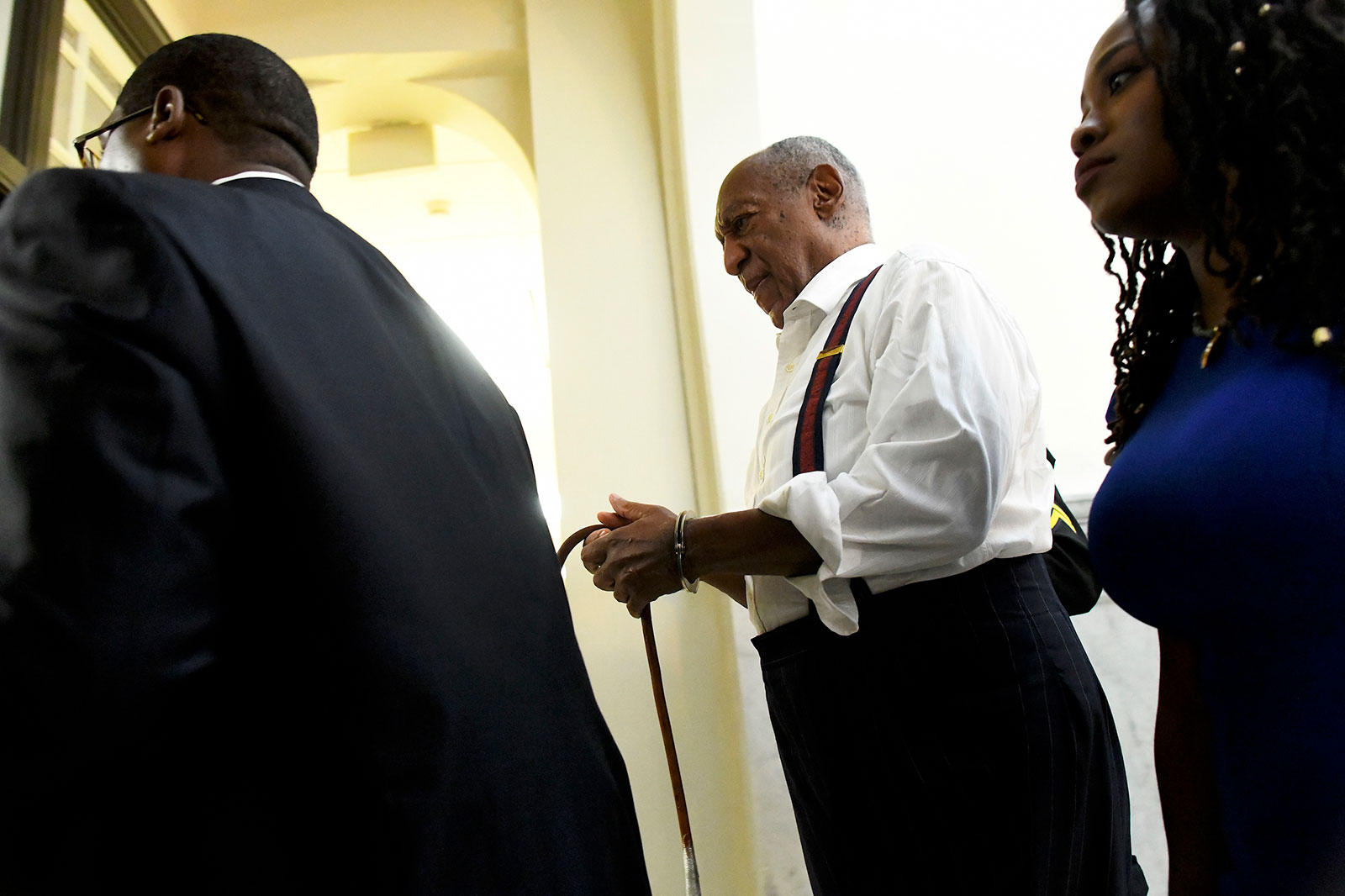 Bill Cosby is taken away in handcuffs after being sentenced in 2018.

Lawyer for disgraced comedian Bill Cosby tells CNN “we believe that he will be released from prison this afternoon.”

Attorney Brian Perry said that he was en route to the prison where Cosby is being held following the Pennsylvania Supreme Court’s decision to vacate his client’s conviction and judgment of sentence.

Perry hadn’t yet been able to speak to his client and said once released, he was not sure where his client would go.

“Yes we are ecstatic with the supreme court’s decision,” Perry told CNN. “We always believed that this is how the case would end.

“We are grateful and happy that not only was the conviction vacated, but he was discharged,” meaning “case closed.” Earlier, a spokesperson for the Pennsylvania Courts said that it could not be appealed in the state of Pennsylvania.

“We put together a phenomenal appellate team lead by Jennifer Bonjean and Barb [Barbara] Zemlock – and we’re just thrilled and happy for Mr. Cosby and his family.”

Cosby’s lawyer tells CNN the court vacated the conviction and sentence because they believe the comedians due process rights were violated.

Perry said the court examined the non-prosecution agreement that Cosby made with a previous prosecutor, and how that was relied upon during the course of his civil deposition.

“The whole issue was can one DA make a deal and another say ‘I don’t care, I’m gonna make a new deal’”

The Supreme Court “basically said that wasn’t fair to him,” and at the end of the day “it has to be fair.”

CNN previously reported that a 2015 email sent by former Montgomery County District Attorney Bruce Castor to successor Risa Vetri Ferman – details an apparent verbal agreement the prosecutor had a decade earlier with Cosby’s attorneys for Cosby to testify in a civil sexual assault case brought against him in 2005.

In the email, Castor writes that his intent in making the deal was to create an atmosphere in which Cosby accuser Andrea Constand would have the best chance of prevailing in her civil suit against the 78-year-old comedian by removing the prospect of Cosby invoking his 5th Amendment right

The deposition became a key piece of evidence, cited by prosecutors as the impetus for reopening the case.

Cosby was eventually criminally charged in connection with that incident, then sentenced in 2018 to 10 years in a state prison for drugging and sexually assaulting Constand at his home in 2004 – all of which now have been vacated at the highest level of state court.