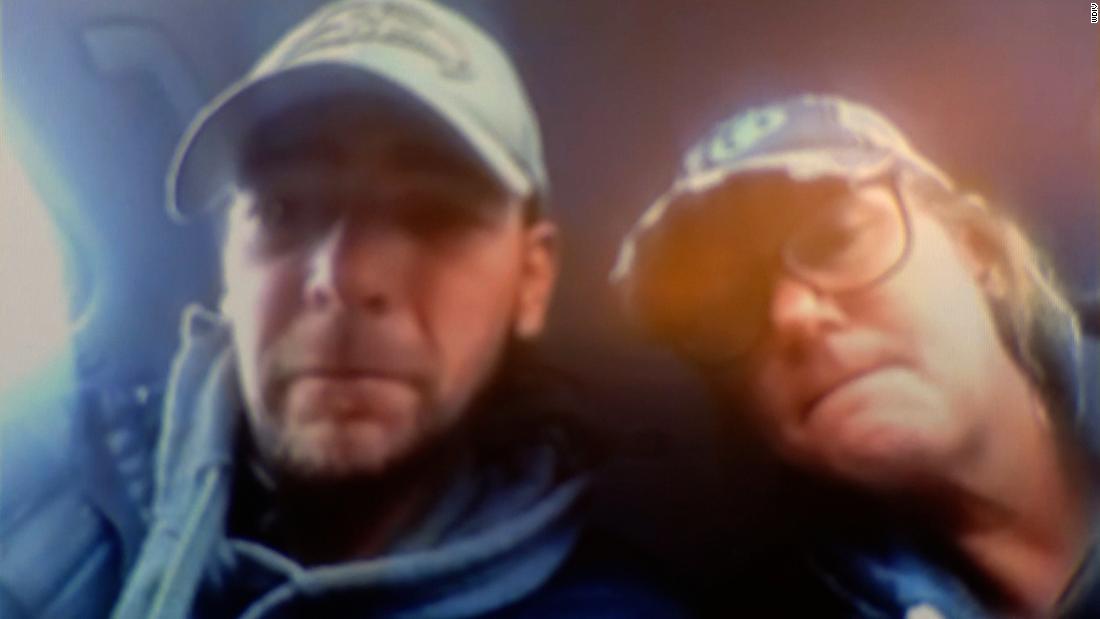 But in another twist, two attorneys who say they are representing the couple released a statement that said the Crumbleys had left town for their safety and are returning for an arraignment.

“On Thursday night we contacted the Oakland County prosecutor to discuss this matter and to advise her that James and Jennifer Crumbley would be turning themselves in to be arraigned,” the statement from attorneys Shannon Smith and Mariell Lehman said. “Instead of communicating with us, the prosecutor held a press conference to announce charges.”

The statement added: “They are not fleeing from law enforcement despite recent comments in media reports.”

The parents’ arraignment had been scheduled for late Friday afternoon, but as of 5 p.m. the parents were still missing, according to the Oakland County Sheriff’s Office.

Undersheriff Michael McCabe told CNN that a sergeant with the county’s fugitive task force had spoken with one of the attorneys, who said she had not actually talked with the parents.

The undersheriff said he is confident the couple will be found and it’s a “matter of when.”

Sheriff Michael Bouchard earlier told CNN that law enforcement had not talked with James and Jennifer Crumbley, but their attorney had told officials that if there were charges she would make arrangements for them to be arrested.

He said the attorney had attempted to reach the parents by phone and text without success.

When asked by CNN whether the parents are missing, Bouchard said, “correct.”

“If they think they are going to get away, they are not,” he said.

Every available resource is dedicated to locating them, the sheriff said, adding that people should not approach the couple. US Marshals and the FBI are involved in the search for the Crumbleys, according to Bouchard.

“The US Marshals Detroit Fugitive Apprehension Team is heading up the search,” the agency said in a tweet.

The sheriff’s office released a statement that said the Crumbleys might be driving a black 2021 Kia Seltos with the Michigan license plate number DQG 5203.

A photo of a black 2021 Kia Seltos like one the Crumbleys might be driving, according to authorities

Page Pate, a Georgia criminal defense attorney, cautioned that the parents might not be on the run.

“I have been in this position before, representing someone who’s just been charged with a crime,” Pate told CNN. “They tend to panic, and when they panic, they do stupid stuff.”

Pate said the parents might be looking for another lawyer, someone who will give them the answers they want to hear.

CNN has tried several times to reach the parents’ attorney, but she has not returned messages seeking comment.

In this rare instance of charging parents, prosecutors will try to prove that the parents of suspected shooter Ethan Crumbley were criminally negligent and contributed to a dangerous situation that resulted in the deaths of four teenagers Tuesday.

“It’s been a devastating week for us,” Oakland County District Attorney Karen McDonald said at a press conference. “There are other individuals who contributed … and it’s my intention to hold them accountable as well.”

McDonald said James Crumbley bought the gun four days before it was used in the shooting. His son Ethan was with him and later posted on social media about the gun, calling it “my new beauty.”

Those are among the chain of events that led up to the shooting, McDonald said.

Bouchard said the boy could not legally own the gun or carry it to most places — with rare exceptions such as shooting ranges.

Ethan Crumbley has been charged as an adult with terrorism, murder and other counts in the rampage north of Detroit that also left seven people wounded. The shooting was the deadliest at a US K-12 campus since 2018 and the 32nd such attack since August 1.

Lt. Tim Willis, head of the special investigations unit at the Oakland County Sheriff’s Office, said that officers were planning to arrest the parents.

Addressing reporters, McDonald said she was charging the parents in part to make a point about the responsibility of gun ownership, but that the facts of the case were egregious on their own.

“I’m angry as a mother. I’m angry as the prosecutor. I’m angry as a person that lives in this county,” she said. “There were a lot of things that could have been so simple to prevent and, yes, there was a perfectly executed response, and he was apprehended immediately and we have great law enforcement and good training.

“But as I said before, four kids were murdered, and then seven more injured, so, yes, I think we should all be very angry.”

McDonald said a teacher saw Ethan Crumbley searching ammunition on his cell phone during class the day before the shooting and reported it to school officials. The school contacted Jennifer Crumbley via voicemail. Officials also sent an email but received no response from either parent, McDonald said.

“Jennifer Crumbley exchanged text messages about the incident with her son on that day, stating, quote, ‘LOL, I’m not mad at you. You have to learn not to get caught.’ End quote,” McDonald said.

The day of the shooting, a teacher found a note on Ethan Crumbley’s desk that alarmed her so much she took a picture of it on her phone, McDonald said. The note included a drawing of a semiautomatic handgun pointing at the words, “The thoughts won’t stop. Help me,” she said.

Another section was a drawing of a bullet with the words “Blood Everywhere” written above it. Between the drawing of the gun and the bullet is one of a person who seems to have been shot twice and is bleeding, McDonald said.

“Below that figure is a drawing of a laughing emoji,” McDonald said.

Also found on the note, according to McDonald: “My life is useless” and “The world is dead.”

James and Jennifer Crumbley were “immediately summoned to the school,” McDonald said. A counselor met with the parents and the boy, who had altered the drawing by scratching out the drawings of the gun and bloody figure, along with the words, according to McDonald.

The parents were told to get their son into counseling within 48 hours, McDonald said. Neither parent asked their son to see the gun or “inspect his backpack for the presence of the gun which he had with him,” according to McDonald.

The parents left school and the boy was sent back to class.

When news broke about the shooting, according to McDonald, Jennifer Crumbley sent her son a text: “Ethan, don’t do it.” James Crumbley called 911 to report a gun was missing and his son might be the shooter.

McDonald said investigators found that the gun used in the shooting had been stored unlocked in a drawer in the couple’s bedroom.

When the meeting was held before the shooting, no disciplinary action was warranted, the school district superintendent said Thursday.

“No discipline was warranted. There are no discipline records at the high school,” Tim Throne, the superintendent of the Oxford Community Schools, said Thursday in a video statement. “Yes, this student did have contact with our front office. And yes, his parents were on campus November 30th.”

There is a “strong possibility” Crumbley had the gun he allegedly used in the shooting in his backpack during the meeting, McDonald told CNN Thursday night.

The school’s video surveillance cameras will let investigators “really map out exactly and literally watch what the perpetrator did” from that meeting through the shooting and being taken into custody, Bouchard, the Oakland County sheriff, told CNN on Friday morning.

The shooter had the gun “on his person or in his backpack or somehow secreted” it away from a school location, he said.

Another warning sign had come Monday — the day before the shooting — when a different teacher “saw and heard something that she felt was disturbing” related to Crumbley’s conduct in the classroom, Bouchard said. School officials held a counseling session with Crumbley about the behavior in question, and his parents were notified by phone, Bouchard added.

Crumbley’s defense attorney asked the court Wednesday to enter a not guilty plea on his client’s behalf. CNN is trying a new attorney for Ethan Crumbley.

Two days after the deadly attack, Oxford High School is “like a war zone,” Throne told his community from the school in the 13-minute video posted on YouTube.

“This high school is a wreck right now,” he said, adding repairs could take weeks.

Throne commended students and staff for how they handled an active shooter threat, during which some administrators performed CPR and students used desks and chairs to barricade themselves inside classrooms for protection.

More than 100 calls to 911 were made to report the shooting as police rushed to the school at 12:52 p.m. local time, Bouchard said. Within “two to three minutes” of officers’ arrival, the shooter had surrendered.

“I believe they literally saved lives, having taken down the suspect with a loaded firearm still in the building,” the sheriff said.