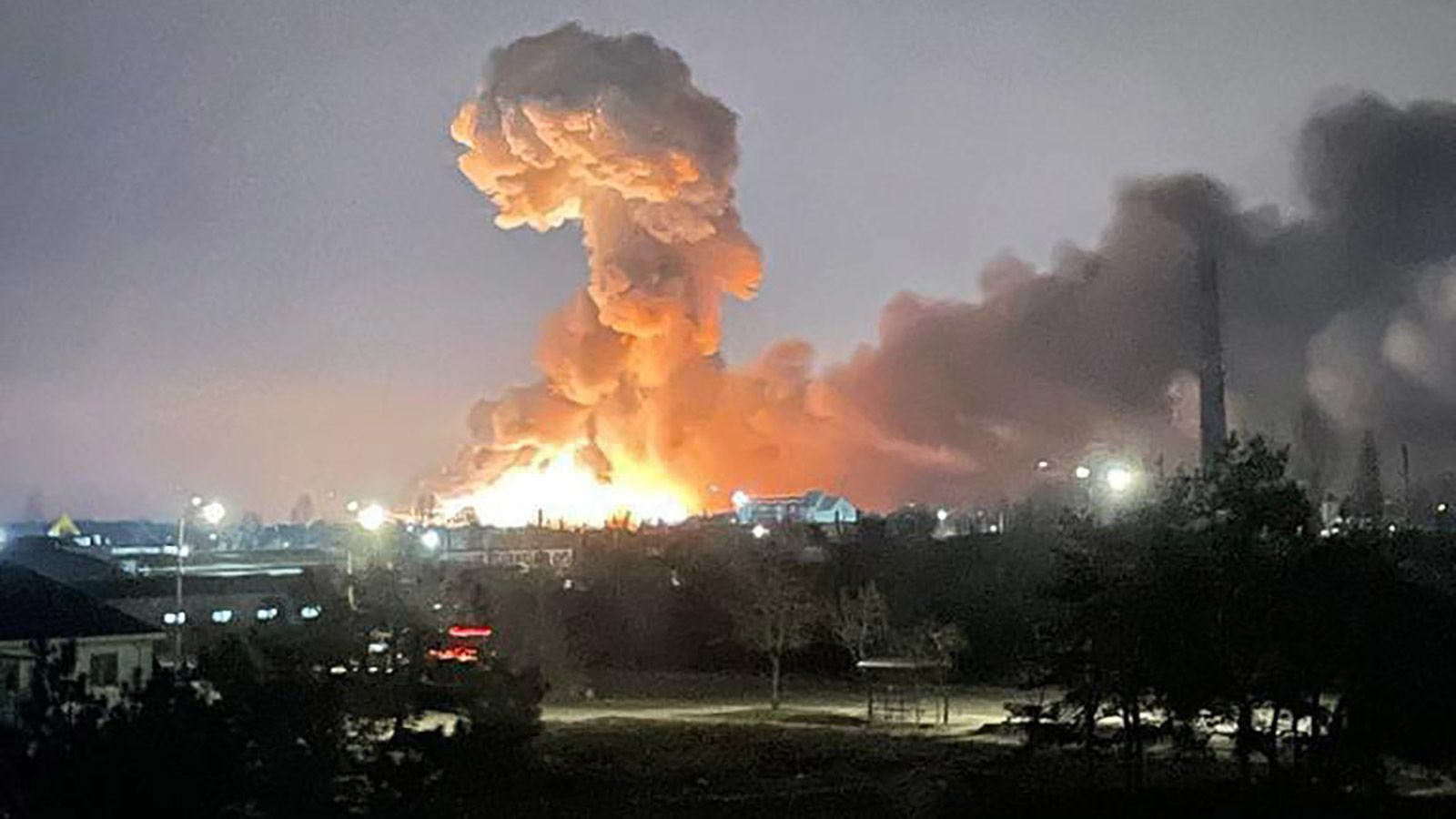 In the early hours before dawn on Thursday, explosions began to echo near the capital, announcing a full–scale assault on Ukraine that has escalated in the days since.

As the sun rose in Kyiv, air raid sirens sounded across the city while residents reckoned with their new reality.

Remnants of the morning’s attack were scattered around and near Kyiv.

The people of Kyiv and across Ukraine weighed the impossible decision of whether to stay or to flee, away from the escalating violence — and away from their homes.

Photo by Timothy Fadek/Redux for CNN

A constant stream of vehicles moved west out of the city, toward distant towns or border crossings and away from Russian forces.

One young Kyiv couple accelerated their wedding plans in the face of the Russian attacks, marrying at St. Michael’s cathedral on Thursday. “We maybe can die, and we just wanted to be together before all of that,” said the bride, Yaryna Arieva.

Those who stayed in Kyiv sought safety in bomb shelters, subway stations and parking garages, gathering supplies and making plans with family and neighbors.

The uneasy quiet in the city was interrupted early Friday morning, when the CNN team on the ground reported hearing two large blasts in central Kyiv and a third loud explosion in the distance. A Ukrainian government adviser said the capital had been targeted with missile fire.

When daylight broke, those remaining in Kyiv surveyed the damage of the alleged Russian airstrikes during the night and braced for intensifying conflict.

Photo by Timothy Fadek/Redux for CNN

More and more residents made the difficult decision to evacuate the city after Friday’s early morning attacks.

And as Kyiv steeled itself, people around the world rallied in support of Ukrainians and against Russia’s illegal war of aggression, with protests in major cities across the globe.

Early Saturday, the Ukrainian Interior Ministry warned that active fighting was taking place and urged residents to stay calm, hide indoors, take cover and head to the nearest shelter if they hear air raid sirens. Smoke and flames could be seen around the capital.

A residential building was hit by a missile or rocket in western Kyiv early Saturday as many in the city slept, with images and video showing extensive damage, the outer walls torn away completely. The cause of the strike and extent of casualties is not yet known.

Territorial Defense Forces readied themselves Saturday to defend Kyiv against Russian invasion. These forces include some military professionals and veterans, and many newly enlisted civilian volunteers.

The streets emptied on Saturday evening after the mayor of Kyiv imposed an overnight curfew from 5 p.m. to 8 a.m. local time, but the calm was short lived.

Large explosions lit up the night sky to the southwest of Kyiv early Sunday morning with detonations that appeared to be near Vasylkiv, approximately 30 kilometers south of the city.

Ukraine’s outgunned forces have held the capital of Kyiv for a third day as battles continued and a defiant Ukrainian President Volodymyr Zelensky told citizens to defend their country.