“I called Mike Pompeo last night to let him know I was resigning from that. I can’t do it. I can’t stay,” Mulvaney said in the interview.

Mulvaney joins a growing list of administration staffers who have resigned after a mob of Trump supporters attacked the US Capitol.

“Those who choose to stay, and I have talked with some of them, are choosing to stay because they’re worried the President might put someone worse in,” Mulvaney said. 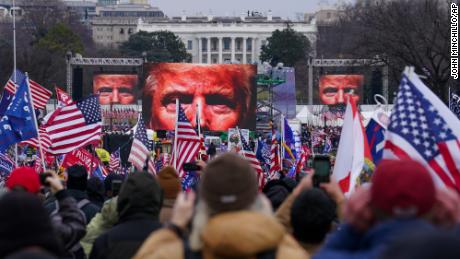 President Donald Trump encouraged the rioters in a speech immediately preceding the breach at the Capitol and has only reluctantly attempted to tamp down emotions.
He was initially reluctant to issue a statement vowing an “orderly transition” early Thursday morning after Congress affirmed the Electoral College win for President-elect Joe Biden. But Trump ultimately went through with it after pressure from multiple advisers, including the White House counsel Pat Cipollone, according to two people familiar with the matter.

Some of the President’s advisers encouraged him to go further than he did in the statement and pledge to stop fighting the election results. Some aides also wanted Trump to commit to prosecuting the protesters who breached the Capitol, as Vice President Mike Pence did in his own statements earlier in the day.

Ultimately, Trump agreed to a minimal statement vowing the orderly transfer of power but still vowing to fight.

“I have always said we would continue our fight to ensure that only legal votes were counted,” he wrote via his social media adviser Dan Scavino.

The deliberations over the late-night statement occurred in the White House residence, where Trump bunkered down in what advisers described as an unstable emotional state. Among the advisers he consulted throughout the course of day were Scavino, chief of staff Mark Meadows and his daughter Ivanka, who helped convince him to tape a video amid the mob protest.

There are now essentially two camps of people inside the administration: those resigning and those staying out of a feeling they need to remain in order to keep the ship afloat for two more weeks.