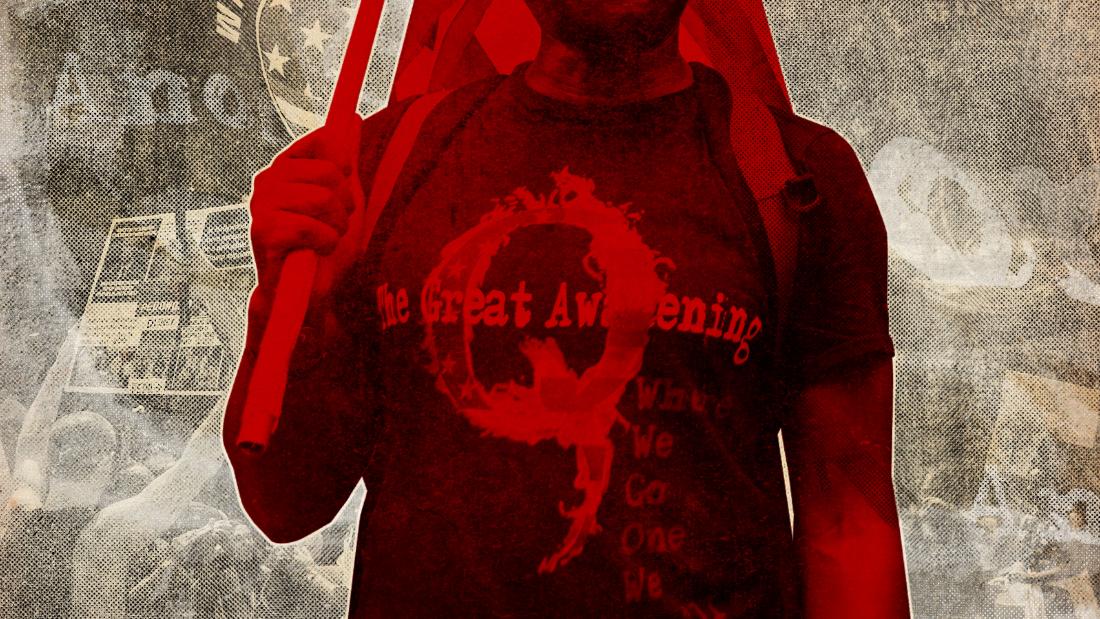 Washington (CNN) – In November 2017, Marjorie Taylor Greene, a small business owner in the suburbs of Atlanta, uploaded a nearly half-hour long video to Facebook outlining the elements of a new conspiracy theory known as QAnon, which casts President Donald Trump in an imagined battle against a sinister cabal of Democrats and celebrities who abuse children.

“Q is a patriot, we know that for sure,” Greene said in the video, which has since been deleted. “There’s a once-in-a-lifetime opportunity to take this global cabal of Satan-worshiping pedophiles out, and I think we have the President to do it,” she said, referring to Trump.

There is no factual evidence or foundation for the conspiracy theory. In the three years since the conspiracy was born, QAnon has grown from an American virtual cult to a global phenomenon. QAnon beliefs aren’t just divorced from reality but can instigate real-world violence; The FBI warned last year that QAnon posed a potential domestic terrorist threat.

And now the people who have engaged with the QAnon conspiracy theory, including Greene, are running for Congress.

Nearly two dozen Republicans across the country who have engaged with the QAnon conspiracy will also appear on the ballot this November in their congressional districts — or in two cases, statewide as Senate candidates — as well as one unaffiliated independent candidate and one Independent Party candidate. Every candidate on this list has engaged with QAnon to some degree; some engaged with QAnon content online before they sought political office on their personal accounts and later on their official campaign accounts; others have appeared on QAnon-related shows and talked about the conspiracy theory.

There are also other candidates who have made allusions or coded references to QAnon before — by citing human and child trafficking as a top campaign priority, for instance — but CNN is only including candidates in this list who have explicitly engaged with the conspiracy theory.

CNN reached out to every candidate for comment on how they engaged with QAnon and whether they were supporters of the conspiracy theory. Many did not respond to comment requests. Of those candidates who did comment to CNN, many tried to distance themselves from QAnon and said they preferred to focus on campaign issues. Some candidates claimed to know nothing about it, some referred to it as a “news source” while at least one candidate said they “100%” supported the “Q-Team.” Greene, who tried to walk back her support for QAnon after winning her congressional primary runoff, ignored the substance of the comment request and attacked CNN.

Most of these candidates are expected to lose their races, and some may lose handily as they are running against Democrats in blue districts. Only two candidates have a shot at winning this November: Greene, who is all but certain to win her seat after her opponent dropped out, and conservative businesswoman Lauren Boebert in Colorado, whose House race is rated “Tilt Republican” by Inside Elections with Nathan L. Gonzales, a CNN contributor. Boebert defeated an incumbent Republican in the primary and faces Democrat Diane Mitsch Bush.

Republican officials have done little to take a stand against their candidates who have engaged with or embraced QAnon. Some GOP state parties, like the California GOP, have endorsed candidates who spread QAnon. In August, House Minority Leader Kevin McCarthy denounced the theory, saying “There is no place for QAnon in the Republican Party,” and recently voted for a bipartisan resolution condemning QAnon, but he also endorsed Greene, as has Trump himself. Trump recently refused to denounce QAnon supporters after he was told what the conspiracy theory was, saying “they are very much against pedophilia” and that he agreed with them.

Here’s what the candidates have said or posted about QAnon: