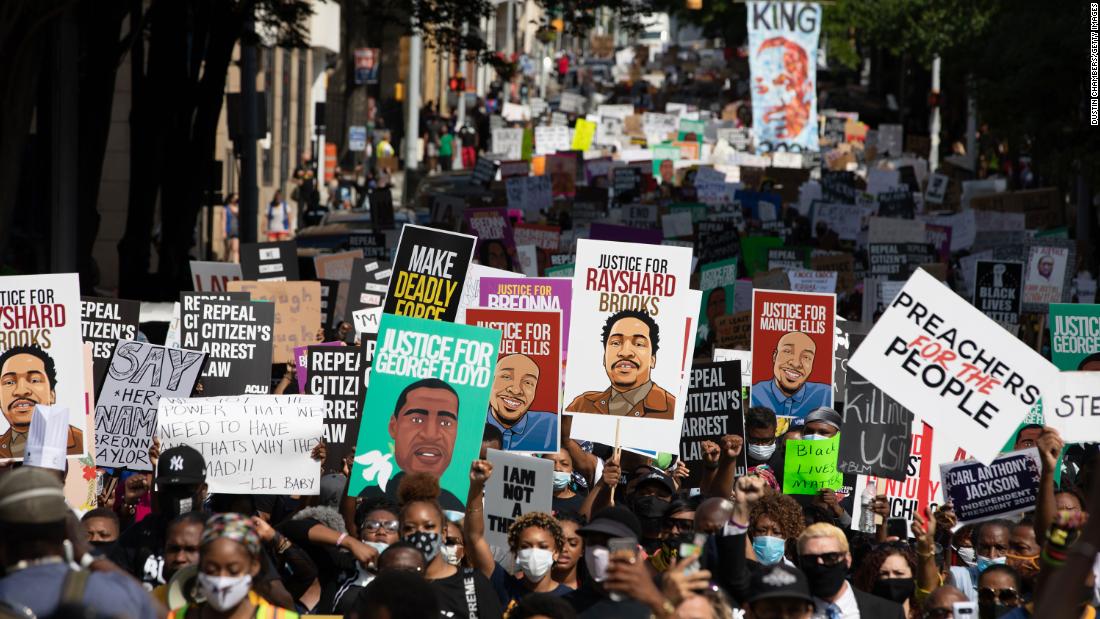 The decision comes just five days after Brooks was shot twice in the back in Atlanta during an attempted arrest. Officer Garrett Rolfe, who shot at Brooks three times, faces 11 charges in all, and officer Devin Brosnan, who was also on scene, faces three charges.

After shooting Brooks, Rolfe said “I got him” and kicked him, and Brosnan then stood on Brooks’ shoulder, Howard said. The officers did not provide medical aid to Brooks for more than two minutes after he was shot, Howard said.

Their demeanor after the shooting “did not reflect any fear or danger of Mr. Brooks, but reflected other kinds of emotions,” Howard said.

Brosnan has agreed to be a state’s witness, Howard said.

“I don’t remember a circumstance where we had an officer, particularly in a case this important, to step forward and say that they would cooperate with the state,” he said.

Three of the counts against Rolfe are for aggravated assault related to a bullet he fired that hit an occupied vehicle nearby in the Wendy’s lot. Brosnan’s three charges include two counts of violations of oath of office.

Rolfe was fired and Brosnan was placed on administrative duty in the wake of the shooting. 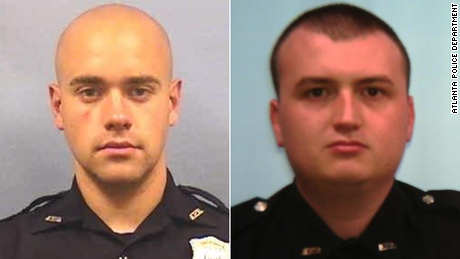 Arrest warrants have been issued for the two and they were asked to surrender by Thursday. With the felony murder charge, Rolfe could face the death penalty if convicted.

Tomika Miller, Rayshard Brooks’ widow, said she hopes everything in the case falls into place like it should.

“I’m really hurt. Father’s Day is coming up and all I can do is just think about is what if my husband were still here,” she said in a brief statement to reporters.

Asked about new details revealed by the district attorney, Miller began to cry and said, “I was very hurt. … I felt everything that he felt just by hearing what he went through. And it hurt. It hurt really bad.”

The incident began when police responded to a report of a man sleeping in his car in the fast-food restaurant’s drive-thru lane. After chatting calmly with the officers and failing a Breathalyzer test, Brooks resisted when officers moved to handcuff him for suspected drunken driving.

Video footage shows the three fighting on the ground before Brooks grabs an officer’s Taser and begins to run away. As the officers chase him, Brooks points the Taser over his shoulder at Rolfe, who then shoots him multiple times, the surveillance video shows. Brooks was struck twice in the back and died at a nearby hospital.

The police killing came amid nationwide protests calling for an end to racism and police violence against black people. Atlanta Police Chief Erika Shields stepped down from her position in the wake of the killing.

Another demonstration was taking place Wednesday at the Wendy’s where Brooks was shot, with dozens of protesters gathered and some blocking the road.

Brooks’ family members, who are preparing for the 27-year-old father’s funeral, said the two officers should have continued to pursue him as he ran away instead of shooting him. He leaves behind three daughters, who are 1, 2 and 8, and a 13-year-old stepson.

But some law enforcement leaders said the shooting was justified and protected by Georgia law — which allows a person to use deadly force “only if he or she reasonably believes that such force is necessary to prevent death or great bodily injury to himself or herself or a third person.”

Steven Gaynor, the president of the Cobb County Fraternal Order of Police, defended the shooting by saying Brooks posed a threat and had assaulted the officers as he was getting arrested. 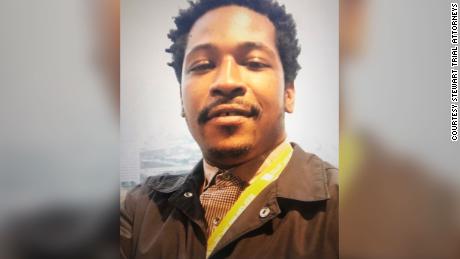 However, some city officials and policing experts have said the incident did not have to escalate to a fatal shooting.

CNN law enforcement analyst Charles Ramsey said the officers knew Brooks didn’t have a weapon — they patted him down earlier in their encounter — and could have continued to chase him and ask for backup.

“You’ve got the car. You’ve asked for his driver’s license. You know who he is. So even if you don’t get him right now, you can get him later,” Ramsey said.

Atlanta Mayor Keisha Lance Bottoms described the killing as a “murder” on Monday.

Part of the debate relies on the dangerousness of the Taser he took from one of the officers. The Taser is designed to be less lethal than a firearm, but it can be fatal in some circumstances.
Just two weeks ago, for example, Howard charged several Atlanta Police officers with aggravated assault after they allegedly used a Taser — referred to in the arrest warrant as “a deadly weapon” — on two college students.

“The training we have had for over 20 years tells us if they take your baton or your Taser, it now becomes one step more that you have to use deadly force,” Gaynor said. “Because those can be used against you to incapacitate you and then take your weapon.”

Officer had prior complaints

Rolfe, the officer who shot and killed Brooks, had several citizen complaints on his disciplinary record, all with notes that no action was taken, according to records released by the Atlanta Police Department.

He was also the subject of a 2016 use-of-force complaint that resulted in a written reprimand in 2017, the records show. 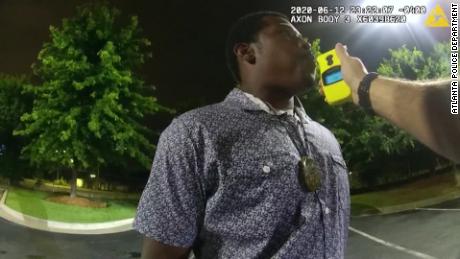 Brooks’ family is now preparing to bury the father of four.

“They’re planning a funeral. So anyone who has gone through that with a loved one they understand how tough that is,” family attorney L. Chris Stewart said.

“When you actually have to go pick out the suit that your father or husband or brother is going to wear in a casket.”

Brooks’ widow previously said she wants both officers involved in the killing to go to jail.