But don’t look now, America: for the past few weeks, we have followed President Donald Trump’s dangerous and deluded advice, memorably delivered from a stage in Tulsa Oklahoma six weeks ago, “to slow the testing down, please.”

Bigly. And the drop in testing is happening at the same time that case numbers across the US have shown a drop as well, the latter to great fanfare; the former without a peep.

There are several groups that track national testing numbers. The US Centers for Disease Control and Prevention (CDC), though recently shut out from receiving hospital data in a mid-July White House decision, still updates national testing information in a large, though incomplete, sample.

This data demonstrates a distinct fall-off from about 2.5 million tests a week for most of July to less than 2 million in the most recent week, ending August 1.

To review this data by geography and by age group, scroll to the bottom of the Covid view site and click the “download raw data” hyperlink. This will show that the fall-off in testing is across the board, even among those 65 years of age and older who are at particularly high risk for severe disease.
Other sources report the same disturbing trend. The Covid Tracking Project, which deploys a team of data harvesters who daily go to state departments of health to extract information on testing, has well laid out historical information. 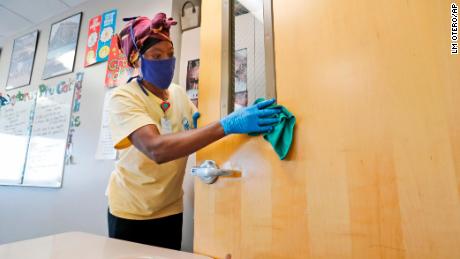 But starting in August, not only did the steady increase flatten, but the daily number actually went down — to 700,000 or less each day. This decrease runs in parallel with their graph of daily new cases which dropping as well. At about the same rate.

The Johns Hopkins Corona Resource Center demonstrates the same point in a different format. They look at testing rates per 1,000 people as a reliable way to both track trends and compare across states. They then roll the rates into a weekly trend that is updated daily.

Per this data source, as of August 13, 17 states — including Arizona, Texas, and Mississippi had decreasing testing rates while 20 (including Washington, DC) others were flat. Only 14 states in a country with a pandemic were actually increasing their testing rate.

And here’s the worst part: per the same Hopkins data, 36 states had a rising rate of positive results. Many are over 10% positive. In contrast, Germany and other countries have used a 1% rate to consider it “safe-ish” to resume activity.

Experts in the US look for a 5% rate, which is met by only one third of the states, while the Covid Exit Strategy website, managed by a consortium of public health experts that tracks readiness to reopen, favors a rate below 3% positive.
The states advertising their dropping case numbers have both dropping testing rates and alarming rates of positive tests. For example, Texas has a positive test rate right now of 23.7%, Mississippi 19.8% and Arizona 12.3%. For comparison, in New York State, the testing rate is stable and the positive result rate is 0.9%. 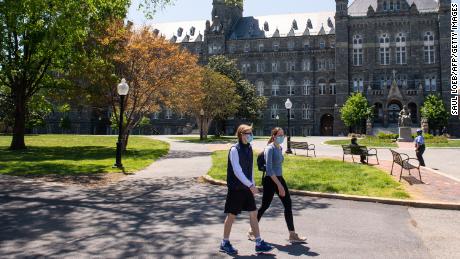 So even as the rates are worsening, many states have decided to reduce their efforts to find cases. As a result, by looking less, they are finding fewer cases and sure enough, the case numbers are going down.

To demonstrate just how short-sighted and misleading this is, consider this analogy. Imagine you are asked to weed a large, horribly weedy garden. You have to report your progress to the boss each day.

For the first day, you remove 100 weeds, the second 150 and the third 200, showing the catch proudly. Great progress, says the boss.

Then your back starts to ache and you realize the work is boring and it seems hopeless — you have barely dented the morass of weeds. So, you simply take out fewer weeds and show the boss the daily pile: 75 weeds removed the next day, then 50, then 25.

When the boss asks why so few weeds, you say because almost all of the weeds are gone. Great job controlling the outbreak! says the boss.

But the weeds aren’t almost gone. Despite the favorable report, you are just ignoring the problem. Today, though, you and the boss are happy.

And while you stare at the sky, the weeds are spreading — like weeds. By your deception and neglect, the situation is worse than when you started.

So here we are with a lethal pandemic and, right before our very eyes, there has been a deliberate decrease in our attempt to measure and control the outbreak. Testing has in indeed been slowed down, please — and for no discernible public health or test capacity reason.

It is difficult to believe a plan so overt, so completely shameless as creating a false improvement by trying less hard to find cases, is occurring. This however is what seems to be happening.

If true, the audacity to cook the books in broad daylight resembles apparent attempts to brazenly interfere with the Post Office in hopes of confusing the November presidential election and perhaps is of a piece with the “positive feedback loop” aides have imposed to show the President better Covid-19 numbers than actually are true.

Of course the trends of fewer tests and fewer cases — but disastrously rising test positivity rates — may have another, completely innocent explanation. But I can’t think of one.