In the four years since Trump was sworn in as president, the Republican Party has lost the House and now the Senate majority is up for grabs. With control of Congress on the line, conservative voters in Georgia need to rely on confidence in election integrity, not seek out confirmation bias to the contrary.

But three days before the Georgia elections, the President called on Georgia Secretary of State Brad Raffensperger to “find” nearly 12,000 votes to overturn his loss to President-elect Joe Biden in the Peach State. The secretary of state stood by his results and the process.
It’s important to note that, like me, Raffensperger is a Republican who voted for Trump. However, his job is to call balls and strikes and let the chips fall where they may.

Here’s what I’m watching tonight: will Trump’s intervention endanger the GOP’s chances for victory in what has traditionally been a red state?

On Election Day, the chips fell on the side of Biden, but there is a real opportunity to have a balance in Washington, DC, to check the incoming administration’s power. This all depends on Republican Georgia voters coming out during the runoff elections between Republican Sen. David Perdue and Democratic challenger Jon Ossoff, and Republican Sen. Kelly Loeffler against Democrat Rev. Raphael Warnock. 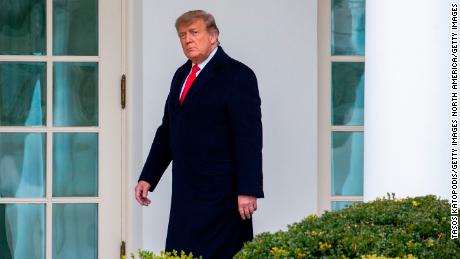 If Democrats win these two seats, Democrats will have unchecked, unrestrained power in the Senate. President-elect Biden will have the capability to enact the most progressive agenda in generations.

As a Georgia native, I see the progress Democrats have made in the state in recent years, including the Biden victory, yet I still believe the Peach State is conservative, and Republicans there are not ready or willing to hand over the reins to Democrats.

Which brings me back to Trump and his hand in the runoff elections.

I talked with Secretary Raffensperger on Monday and he told me he left the infamous weekend call feeling that Trump is having difficulty acknowledging that he lost the election. The outgoing president touted his large pre-election rallies and post-election data as evidence that he actually won. Election officials have counted the votes three times, and the results are the same as on November 3, 2020. There’s no doubt President-elect Biden won Georgia by nearly 12,000 votes out of 5 million cast. 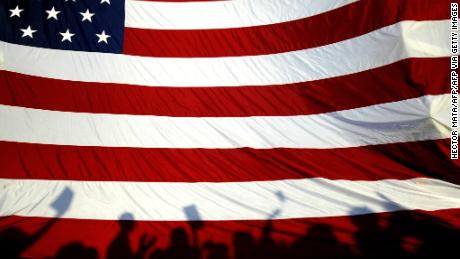 However, Trump has spent every day since Election Day questioning the results, even demanding Republican elected officials, who don’t agree, to resign. Over the weekend, the President expressed to Raffensperger that people of Georgia are “angry” and said “there’s nothing wrong with saying that, you know, um that you’ve recalculated.“

President Trump is existing in a post-election world of confirmation bias. It’s a classic case of favoring information that confirms his belief that he won the 2020 election. He and his supporters are focusing on evidence that supports their feelings and downplays evidence that disproves those beliefs. It’s selective information gathering to fit the desired narrative.

The problem with this lack of critical thinking is that driving a false narrative of widespread voter fraud has the potential to turn away voters — Republican voters.

Weaponizing disinformation is a detriment to the cornerstone of our democracy.

As former deputy secretary of state in Arkansas, I know full-well the awesome duty and responsibility that election officials carry. Their Elections Divisions oversee all election activity, voter registration and investigate election fraud. They do so with a system of checks and balances in every state. Are their flaws? Sure — but not on the widespread scale being alleged.

It’s decision day for Georgia. This is not about Trump and his baseless rigged-election rhetoric. This is about Republican voters protecting our Senate majority. This is about preserving the last line of defense to Democratic control in Washington, DC. This is about Democracy.