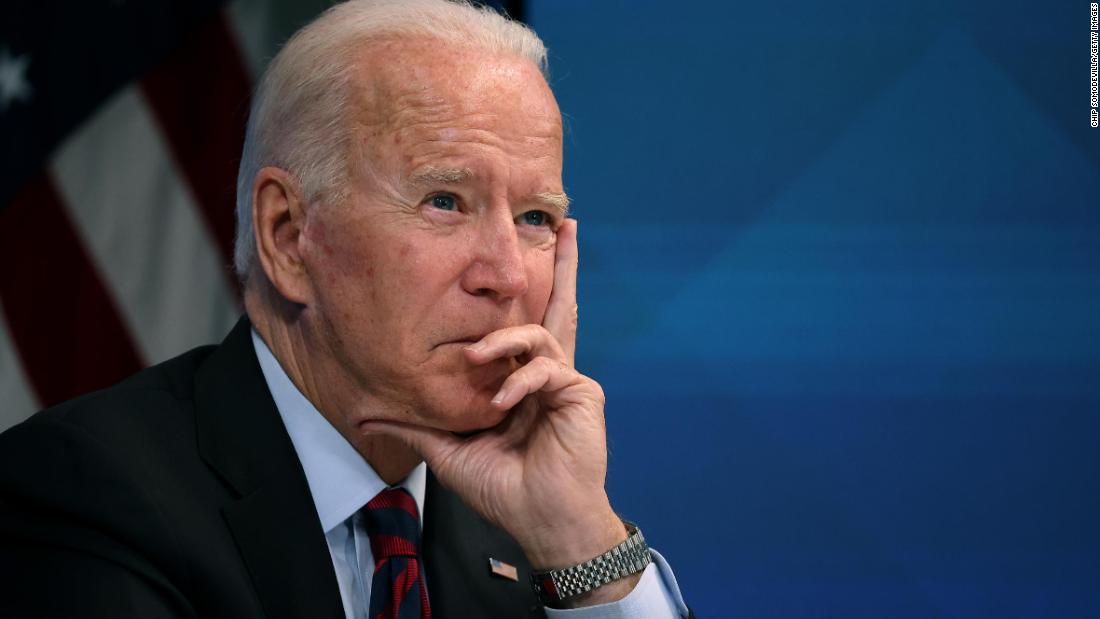 In a visit highlighting one part of his six-pronged plan to combat the pandemic, Biden addressed criticism from Republicans, including several governors, who say his new plan amounts to government overreach and that they plan to challenge it in court. The Republican National Committee has said it plans to sue the administration over the stringent new measures.

The President continued: “We’re playing for real here, this isn’t a game, and I don’t know of any scientist out there in this field that doesn’t think it makes considerable sense to do the six things I’ve suggested.”

He lamented the political polarization in the nation as some Republican governors have issued statewide bans on mask mandates and vaccines have become an area of deep division.

“One of the lessons I hope our students are going to learn is that politics doesn’t have to be this way. … They’re growing up in an environment where they see it’s like a war. Like a bitter feud. If the Democrat says right, everybody says left. … It’s not who we are as a nation, and it’s not how we beat every other crisis in our country. We gotta come together,” Biden said.

In his remarks, Biden expressed empathy for the academic and social anxiety compounded by the pandemic in the country’s classrooms.

“I want folks to know that we’re going to be OK. We know what it takes to keep our children safe and we have the tools to do it,” he said, reiterating his six-step plan, including provisions for schools including a vaccine requirement for all students over the age of 12.

“If schools follow the science — and they are here — and implement safety measures like vaccinations, testing, masking, then children can be safe in schools, safe from Covid-19. My plan does all these things,” Biden said.

He stressed getting vaccinated is safe, easy and convenient, and praised Washington Mayor Muriel Boswer for her efforts to bring vaccines to schools.

The President promoted the idea of prizes and incentives for vaccinations, and promised the Brookland Middle School students in attendance that they could come visit the White House “for a special visit” when they all get vaccinated.

“I’m not sure how we’re going to mechanically do it, but I assume the buses can get you to the White House and if we can’t get you all in one room, we’ll be out in the Rose Garden around the back there. Maybe let you fly the helicopter — I’m only joking about that,” he said.

Biden also underscored the risks of being unvaccinated.

According to a new study from the US Centers for Disease Control and Prevention, more children went to the hospital and emergency room in states with lower vaccination rates. Recently, children’s hospitals have been filling up in Covid-19 hotspots around the country as the Delta variant surges.

The new requirements could apply to as many as 100 million Americans, which is nearly two-thirds of the American workforce. It is Biden’s strongest push yet to require vaccines for much of the country.

Biden has directed the Labor Department to require all businesses with 100 or more employees ensure their workers are either vaccinated or tested once a week. Companies could face thousands of dollars in fines per employee if they don’t comply.