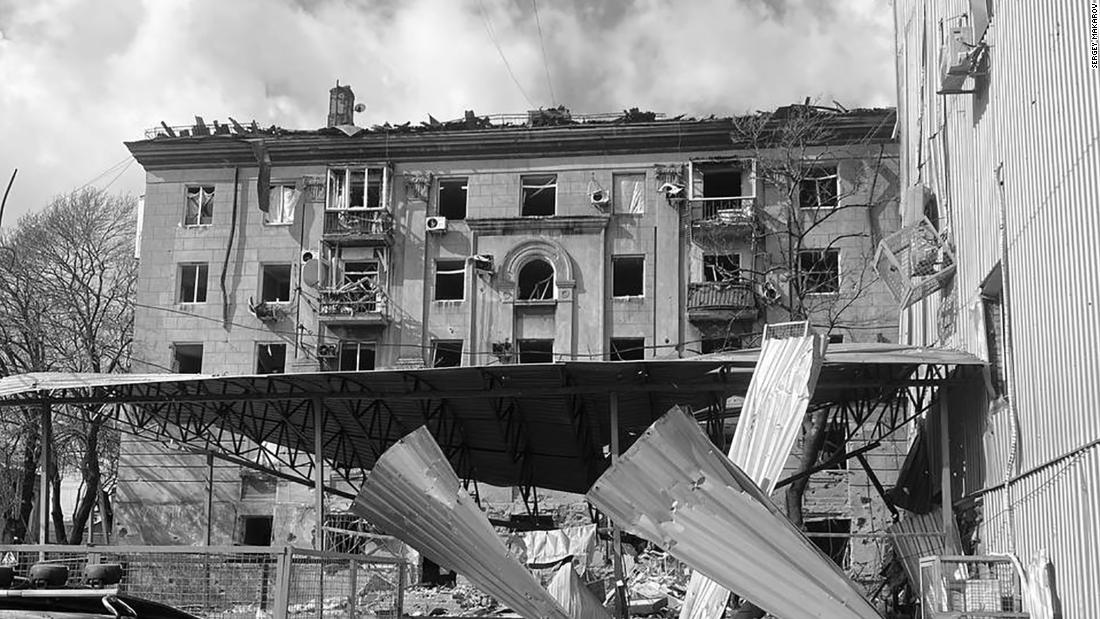 On February 24, I woke up to a friend calling me. He said that the war had begun. He suggested I move with my family to Ivano-Frankivsk. I refused. It seemed to us that Mariupol was a safe place in this time. A lot of defense equipment and Ukrainian military had appeared since 2014.

Then on February 26, air raid sirens began to sound in the city. The suburbs came under fire, but in the city center where I lived it was quiet. I thought it would be like during the war in 2014 — two houses would suffer and it would be over. In those days, many people left. You don’t know how much I used to envy them.

Things had begun heating up. Every day got worse.

On March 1, I realized that it was becoming increasingly difficult to leave Mariupol. Russian troops began to take control of the roads from the city.

On March 3, electricity and water were turned off. I have not washed since March 4. Since then we have only been able to wash our hands in cold water. The mobile connection disappeared. We could not communicate. And we were forced to walk to each other on foot and share information.

Looting had already begun. In the first days of the war, I bought food and about 100 liters of gasoline. This is what ultimately saved us. In the early days, I helped people move from the outskirts of the city closer to the center.

On March 5, the gas supply to houses got turned off. It was the only thing we had left for light and heating. Before it was cut off, we could at least warm ourselves with tea. After that, the nightmare began. It was -9C (around 16F) outside at night. In the afternoon, -2 or -3C (28 or 27F). At the same time, we were hiding from bombs and air strikes in a bomb shelter. We cooked food on fires. Trees were sawn up in the yard. We couldn’t get warm. No words can describe what it was like.

People cook on a grill on March 11.

People charge their phones using a generator from the Red Cross on March 9.

At first, there were only residents of our house in our shelter, but then more and more people arrived. There were 100 people in a space of 150 square meters, including young children.

It’s a concrete basement without light and ventilation. As long as we could, we burned kerosene and candles. Fortunately we had a toilet.

All this time I was trying to contact people outside the city, charging my phone from the generator from the Red Cross. Many people accepted the fact that the connection was gone, but I was not ready to give up on it. From March 6-9 there was no connection at all. For a moment, I thought we had been forgotten.

On March 8, the worst began. Russia began to launch airstrikes. First with an interval of a couple of hours, and then every minute. Several times we did not have time to reach the shelter and fell to the ground to save ourselves.

A damaged storefront is seen on March 9.

The city has been under constant shelling for weeks.

I wanted to take my family out, but I would only get one try. If they stopped us and brought us back, there would not be enough gasoline to go out a second time. Those who went to the evacuation on March 5 spent the night in their cars and then came back to Mariupol. They returned and have been left without gasoline.

On March 13, my friends told me that it was possible to get out using the old road to Berdyansk. But there was a mined checkpoint and you had to drive around the mines. We decided we’d rather take the risk than stay to die in the city.

On March 14 at 12:45 p.m. we left in a column of eight cars. There wasn’t any luggage, only people and animals. There were six people in our car. On the way we saw mines and carefully avoided them.

Inside a damaged building on March 13.

A woman pulls a cart on a snow-covered sidewalk on March 9.

At one of the Russian checkpoints, the soldiers told us with a sneer: “It is your own fault that this happened to Mariupol. You didn’t have to show off.”

We had to spend the night in Berdyansk. The Russians at the checkpoint told us that the city was under a curfew, “Moscow time.” So we didn’t get to leave.

On March 15, we left Berdyansk for Zaporizhzhia. There were about 20 Russian checkpoints along the way. They checked our luggage, phones, messages, laptops.

In a couple of hours we reached the Ukrainian checkpoint and were free. Now we want to go as far west as possible.