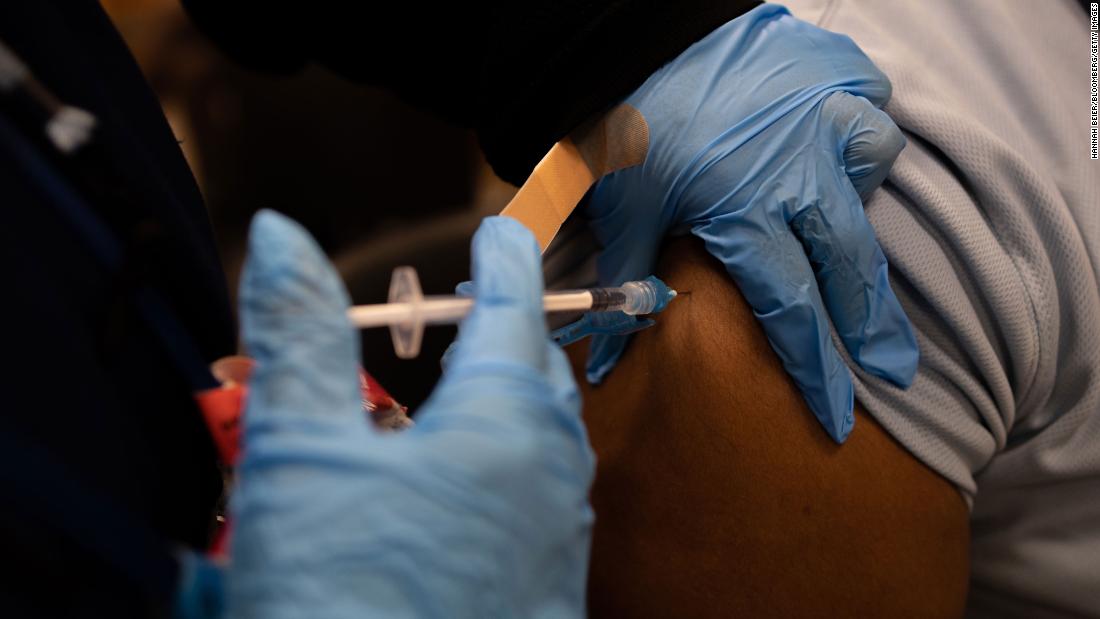 With take-home tests hard to find and testing demands creating long lines nationwide, other safety measures such as wearing N95 or KN95 masks while traveling for the holidays will be critical, said Dr. Esther Choo, associate professor at Oregon Health and Science University.

Flying has an increased risk due to a lack of vaccine requirement and an inconsistent adherence by some to fully keeping on their masks, such that “this could be a much more safer activity than it currently is,” Choo told CNN’s Laura Coates on Thursday.

“Speak up when you see those around you not wearing masks. This is not a time to be polite and let people do what they feel like doing. It’s really about keeping everyone safe,” she said.

Vaccinations and booster doses have shown to be the best method to prevent severe illness, yet immune systems need time to respond to administered doses. And unvaccinated people — whether seeing others for the holidays or not — are at substantially higher risk of severe illness from Covid-19.
About 71 million eligible recipients over the age of 5 in the US have yet to receive any doses of vaccine, according to data from the US Centers for Disease Control and Prevention.

More than 500 million doses of the Covid-19 vaccine have been administered in the US, per CDC data. Nearly 62% of all Americans are fully inoculated, and more than 34% of fully vaccinated adults have received a booster.

At least 2.08 million travelers were screened at US airports on Wednesday, higher than on the same weekday in 2019, according to the Transportation Security Administration. The agency anticipates 20 million people will fly between December 23 and January 3, rivaling figures from 2019.

Yet multiple airlines have recently announced canceled flights and shifting schedules due to crew members exposed to the Omicron variant.
United Airlines has canceled 169 Christmas Eve flights, or 9% of its total number of flights, according to flight tracking site FlightAware as of Friday morning.

“The nationwide spike in Omicron cases this week has had a direct impact on our flight crews and the people who run our operation,” said a United memo obtained by CNN.

Delta Air Lines has canceled 118 Christmas Eve flights, according to FlightAware, roughly 5% of its total schedule.

“Delta teams have exhausted all options and resources — including rerouting and substitutions of aircraft and crews to cover scheduled flying,” the airline said in a statement.

Alaska Airlines announced it canceled 17 flights Thursday because of Omicron and more cancellations are possible on Christmas Eve.

Covid-19 is not only affecting airport travel. A Royal Caribbean cruise ship was recently denied entry into Aruba and Curaçao after 55 fully vaccinated crew members and passengers — just over 1% of those on board — tested positive for Covid-19, the company told CNN.
The Odyssey of the Seas has no more scheduled ports of call and will have sea days until their regular scheduled return on December 26, Royal Caribbean said.

Vaccine efficacy wanes over time, the researchers wrote, but can be restored with a booster dose to help protect against breakthrough infections.

“Time appears to be the key driver of the post-vaccination reduction in effectiveness,” write Ravindra Gupta of the University of Cambridge in the UK and Dr. Eric Topol of the Scripps Research Translational Institute in California.

“Continued transmission in highly vaccinated populations underscores the need for expansion of vaccination across age groups while maintaining nonpharmacological interventions, such as mask wearing,” they write.

The researchers note how, earlier in the rollout of vaccines, nations that spaced out administering first and second doses of the Pfizer/BioNTech and Moderna mRNA vaccines saw longer-term durability of immunity from the shots, compared with nations like the United States and Israel where vaccine doses were administered three to four weeks apart.

And while Israel has begun providing a fourth dose of Covid-19 vaccine to older people, Moderna chief medical officer Paul Burton said more time is needed in the US to determine waning immunity.
“We’re going to have to wait for a couple of months yet, until we can see how those data develop and mature to understand when will that additional booster dose — if needed — have to be given,” Burton told CNN’s Wolf Blitzer on Thursday, adding that he did not want to downplay the importance of boosters right now.

“I think we can be confident, Wolf, getting a booster shot will provide protection throughout the holiday season and throughout these winter months,” he said.

When it comes to a variant-specific booster Moderna is developing, Burton confirmed the company would be starting clinical trials in early 2022, yet the continued presence of two different variants may alter plans.