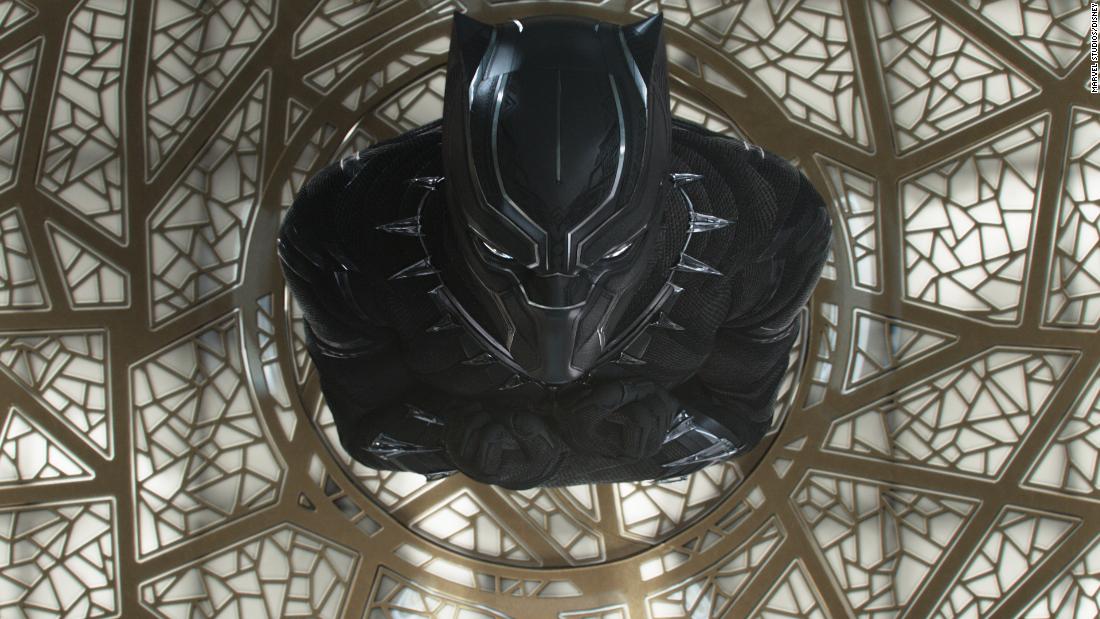 A continent made up of nations rich with histories and achievements in fields from the arts to mathematics.

But such representation has seldom been portrayed by Hollywood.

Then along came “Black Panther,” which opens in theaters across the country on Friday.

Chadwick Boseman stars as T’Challa, a.k.a. Black Panther, who returns to the fictitious African nation of Wakanda to take reign as king after his father was killed in “Captain America: Civil War.”

The fearsome warrior superhero was first created as a Marvel comic book character by Stan Lee and his colleague Jack Kirby in the 1960s, a time when African-Americans were battling for civil rights.

Boseman spoke with CNN about how the comic’s progressive nature — set in a technically advanced African nation during a time people of African descent were fighting for equality — drew him to the project.

Consider this: a film that explores what it means to be black, centered on a black superhero, featuring a mostly black cast, and helmed by a black director is on pace to be one of Marvel’s biggest blockbusters.

Tickets have sold out around the country. Teachers are planning to take entire classes. Facebook gatherings have sprung up around screenings. Actress Octavia Spencer went public with her desire to buy out a movie theater in Mississippi to give fans, who otherwise not may not be able to afford it, a chance to see the film.

On social media, eager moviegoers have shared what they plan on wearing to the cinema.

“Black Panther” co-star Michael B. Jordan told CNN the movie is “super important” and “impactful for our culture moving forward.”

“It’s humbling and very surreal that this is a major introduction, almost a reintroduction of black fantasy, sci-fi, mythology, for the generation growing up,” Jordan said. “I can’t wait for Halloween to see everyone dressing up as the Dora Milaje [the female special forces in the film], Black Panther and Killmonger [the super villain Jordan portrays].”

The hashtag “WhatBlackPantherMeansToMe” has been trending.

“It means that my kids and young black kids everywhere will see themselves as heroes capable of leading their own narratives,” tweeted director Matthew A. Cherry.

The issue of lack of representation of African-Americans has long been one for Hollywood, even before #OscarsSoWhite shined a light on it.

And “Black Panther” offers a star-studded cast made up of African and African-American actors.

Oscar winner Lupita Nyong’o, who plays Nakia in the movie, told CNN it’s “humbling” to think that she and co-star Danai Gurira will be the faces of Marvel dolls tied to the film — and not just for children of color.

In the midst of his project potentially making history, film director Ryan Coogler has a universal desire for “Black Panther.”

“I just hope [fans] have a good time,” he said. “Watching the film, I hope they have an exciting time, I hope they can get emotionally involved and engaged.”