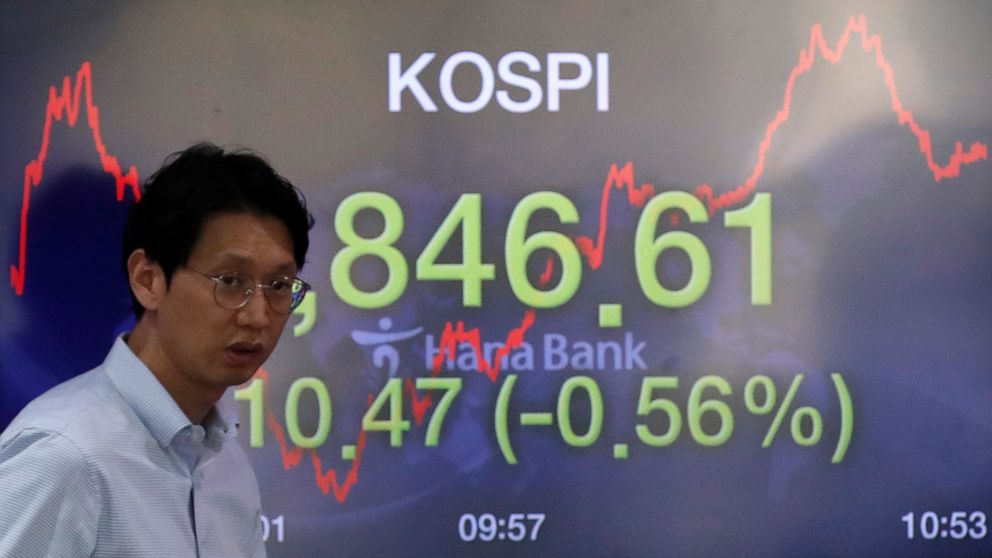 Stocks are mixed in midday trading on Wall Street after the government reported that 5.2 million more people filed for unemployment benefits last week

NEW YORK — Stocks are mixed in midday trading on Wall Street Thursday after the government reported that millions more workers lost their jobs last week, though not as many as had been feared.

The report was universally regarded as awful, with 5.2 million more Americans filing for unemployment benefits as the coronavirus outbreak forces layoffs to sweep the country, bringing the total to roughly 22 million over the last month. But markets had braced for a number that was even more awful, which helped to limit losses for stocks.

Gains for health care stocks, big tech companies and several retailers were helping to steady the market. They counterbalanced more steep losses for banks and energy companies, which have sunk sharply this week. Worries are high that stay-at-home and business-shutdown orders — and the punishing sweep of layoffs they’re causing — will force households and businesses to default on billions of dollars of loans and burn less fuel.

“We know the numbers are not going to be good, but companies can show they’ve taken steps to stop the cash drain or that they’ve positioned themselves well,” said Sal Bruno, chief investment officer at IndexIQ.

Amazon, Dollar General and Walmart are all close to record highs as people shop for staples. Netflix and video-game companies Activision Blizzard and Electronic Arts are also at all-time highs as people spend more time than ever at home.

Treasury yields fell again and remain extremely low, though, which shows how pessimistic investors are about the economy’s prospects.

Markets are still unsettled following a downdraft Wednesday, when the S&P 500 fell 2.2% following reports on the economy that were worse than investors were expecting, including a record drop for U.S. retail sales last month.

Thursday’s meandering trading offered a milder microcosm of the up-and-down lurches that stocks have been cycling through in weeks as traders try to guess how long and how deep the upcoming recession will be.

On one hand, investors see the severe economic damage caused by the pandemic. Besides the jobless report, data released Thursday showed that homebuilders broke ground on fewer homes than expected last month. A survey of manufacturers in the mid-Atlantic region fell below the low point during the Great Recession.

But on the other hand, some optimistic investors are focusing on massive aid for the economy promised by the Federal Reserve and the U.S government. They also point to recent signs that the outbreak may be leveling off in some of the world’s hardest-hit areas, which could open the path to reopening parts of the economy.

The dueling sentiments have helped the S&P 500 nearly halve its loss since falling from its record high in mid-February. Stocks were down by nearly 34% in late March, but a recent rally has trimmed the loss to roughly 18%.

Daily swings have also become milder in recent weeks. The Dow Jones Industrial Average bounced between a gain of 62 points and a loss of 288 points before sitting at 23,428 in midday trading, down 75 points, or 0.3%. But that’s nothing like the 2,000-point swings it was shuddering through last month.

“What that tells me is that we’re not all clear, markets can still go down, but hopefully we’ve seen the worst of the panic situation,” said Bruno.

Ultimately, many professional investors say they expect the market to remain volatile until the worst of the outbreak passes.

The yield on the 10-year Treasury fell to 0.62% from 0.64% late Wednesday. Yields fall when bond prices rise. Investors tend to bid up Treasurys when they’re worried about the economy.