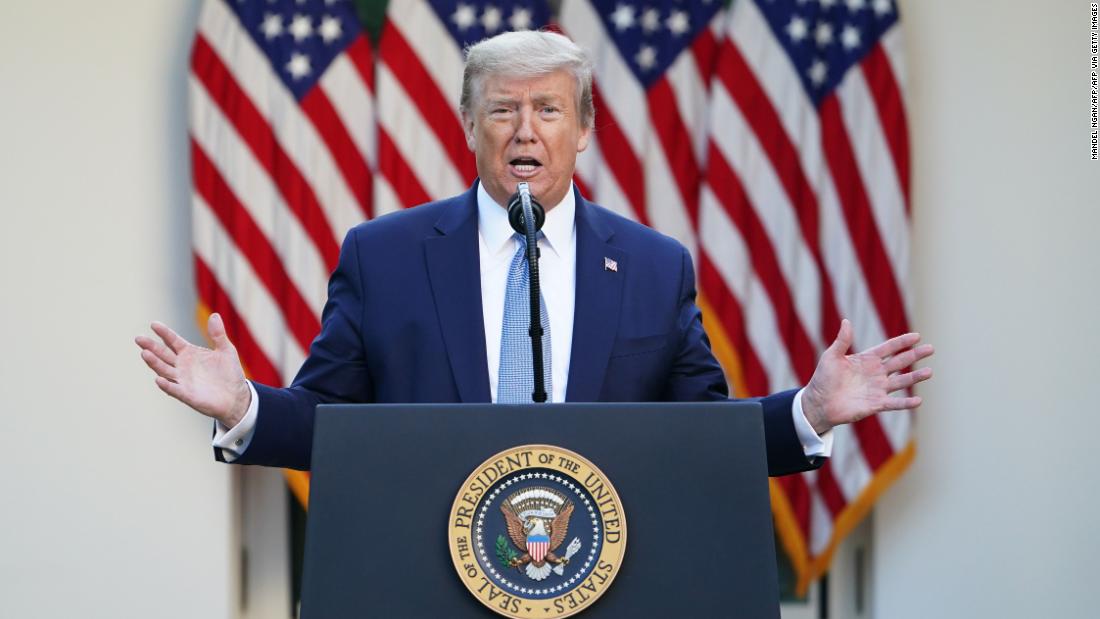 It probably shouldn’t have come as any surprise that in this pandemic, Trump would find yet another way to divide a country just looking for consistency in a crisis. But even by Trumpian standards, this is dangerous.

Consider this: Less than 24 hours after his science team announced carefully phased-in guidelines for reopening the nation (with Trump himself telling governors they would “call your own shots”), the President began tweeting garbage aimed at the Democratic governors of Michigan and Minnesota and Virginia, using the language of conservatives protesting state closings.

His tweets screamed for the governors to “LIBERATE” their states, all of which could go blue in 2020.

So let’s get this straight: the President of the United States, in an effort to gain some political traction, is contradicting both himself and his policy. Why? Because he’s watching the demonstrations and, as he says, they “like me.”

That’s always the key for Trump. That and winning.

Keeping the base happy is nothing new. And while 66% of the American public is concerned about restrictions on public activity being lifted too quickly, a recent Pew Research Center poll shows more than half of the most conservative voters are concerned restrictions won’t be lifted quickly enough.

But what happens if or when the governors decide they’re not ready to start opening up their states in the near future? They’ll no doubt get attacked, and it will become a Trump talking point. And it will reverberate. But the fact remains: He will rail against governors for following his own administration’s advice — that he announced, that he approved.

Trump is a master of only one thing: divisiveness. Not public safety. Not policy. Just pure rhetoric that encourages an already polarized nation to split even more over, of all things, public health.

Oh, and maybe he’s a master of one more thing: deflection. He actually tweeted that Democratic Gov. Andrew Cuomo of New York should “spend more time ‘doing’ and less time ‘complaining’. Get out there and get the job done. Stop talking!”

It’s almost as if he had written the tweet about himself. But that would require a certain understanding of his own destructive behavior.

Sad to say, there is none of that.