Herding kittens! Adorable moment leopard tries to lead her cubs across a road – but they have other ideas

By Lydia Catling For Mailonline

A lucky safari park visitor caught a rare glimpse at a patient mother leopard relocating her small baby cubs and helping them cross the road.

Thinus Delport, 64, told his daughters to start singing to entice the animals out while visiting the Kruger National Park in South Africa and to their surprise it worked.

The leopard mother is first spotted with her cubs in the bushes to the side of the road, much to the excitement of visitors who can be heard cooing at the adorable youngsters in the background of the clip. 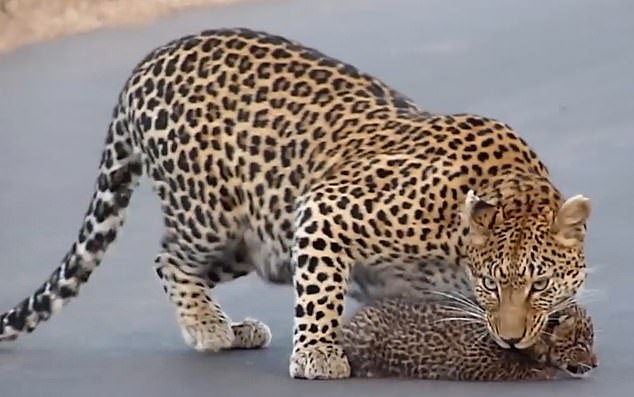 She creeps from the overgrowth first, appearing to be scoping out the area for potential dangers and her two tiny babies follow after her but turn back around to safety.

The spotted animal soon realises they didn’t come with her and stands in the middle of the road patiently waiting for them before going back and sitting in front of the bushes where they are hidden.

She fetches them again for attempt number two and the sweet cubs sheepishly walk across the road where several cars have stopped to watch and let them pass safely. 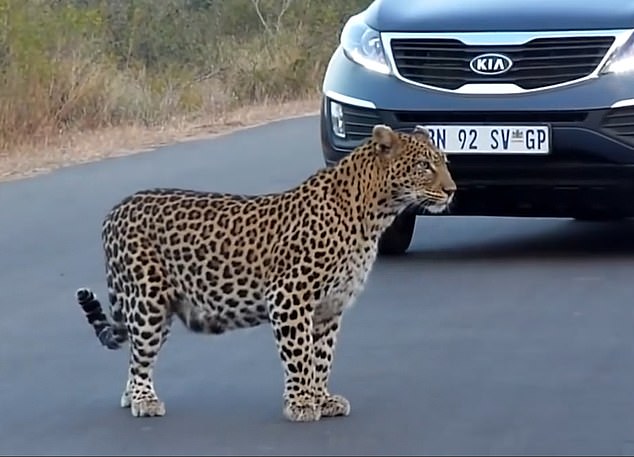 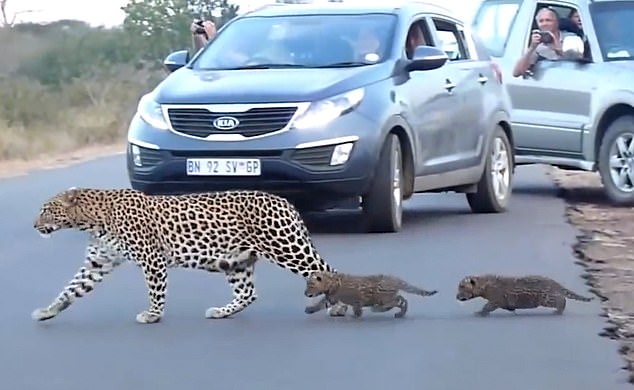 One of them falls behind and decides to have a rest in the middle of the road and can be heard screeching for its mother.

It tries to turn back round but the mother swiftly grabs hold of its neck and sets it on the right path before disappearing again into the bushes.

Kruger National Park gives visitors the opportunity to see big cats in the wild but it is rare to see a leopard relocating her cubs at such a young age. 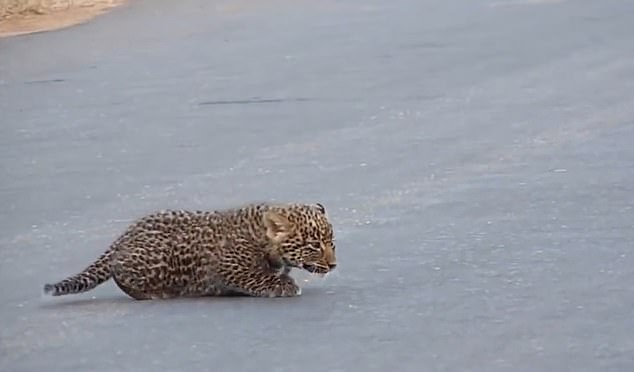 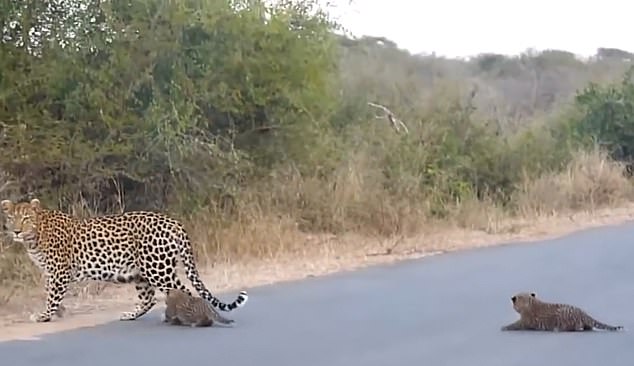 Despite a few setbacks, and one of her cubs deciding to have a rest in the middle of the road, the three leopards all make it across safely and disappear again

He told Latest Sightings.com: ‘Early morning, my daughters and I left the camp looking for leopards. They were convinced that there are no leopards in the Kruger, as neither of them had ever seen one. As we drove, I jokingly convinced them to start singing in the car, to draw the leopards out, and so they did – and to my surprise – it actually worked.

‘It was my daughter’s first visit to the Kruger and she was the first to whip out her video camera. I’m glad she did because I would have been shaking so much from excitement, that the footage might have just been ruined.

‘We’ve been visiting the Kruger for over 50 years, and not once have we seen something like this. This just came to show that patience really does pay off.’