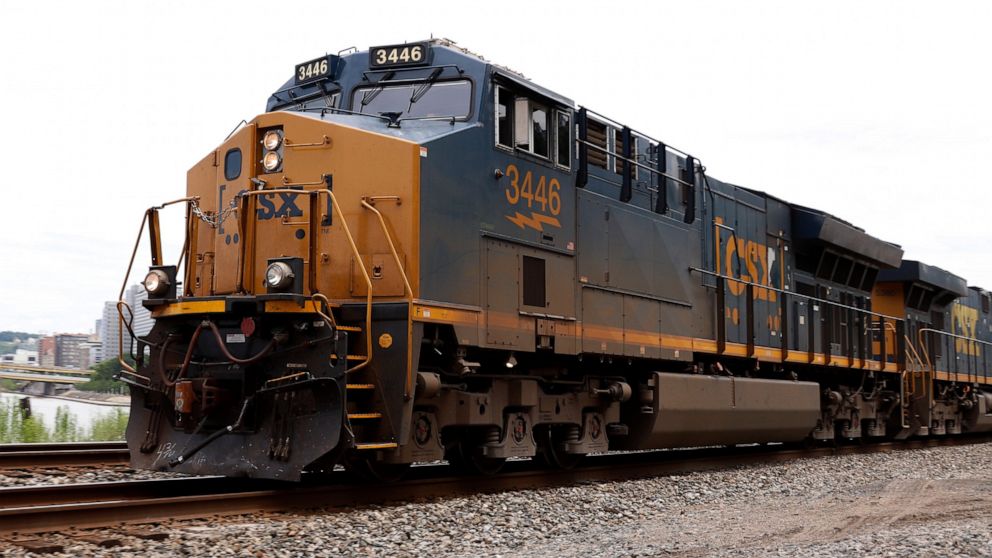 CSX Corp. says its first-quarter profit slipped 8% and the railroad withdrew its outlook for the year because of the ongoing economic uncertainty brought on by the coronavirus outbreak

OMAHA, Neb. — CSX Corp. said Wednesday that its first-quarter profit slipped 8% and the railroad withdrew its outlook for the year because of the ongoing economic uncertainty brought on by the coronavirus outbreak.

But the freight railroad’s revenue declined 5% to $2.86 billion and fell short of the $2.88 billion that Wall Street analysts expected.

CSX CEO Jim Foote said almost everywhere he turns he is hearing negative news from the railroad’s customers, and there is no clear view of when conditions might improve. About the only bright spot is that auto manufacturers may start resuming production sometime next month.

“I wish I could point to one customer” with positive news, Foote said.

CSX said it cut its expenses 7% to $1.68 billion during the quarter as the number of carloads of freight it carried declined 1%. Shipments have declined roughly 20% since the quarter ended as auto companies shuttered their plants and other manufacturers slowed production because of the outbreak.

Edward Jones analyst Jeff Windau said it’s impressive how quickly CSX reacted to cut costs when shipping volume started to drop in March near the end of the quarter. He said the biggest questions for the railroad now are how long the downturn will last and what the economic recovery will look like when it happens.

“Volumes have really started to decline, and it’s unknown when that will pick up,” Windau said.

CSX shares have decreased 16% since the beginning of the year, while the Standard & Poor’s 500 index has decreased 13%. They rose about 2% in after-market trading following the release of the earnings report.

Elements of this story were generated by Automated Insights (http://automatedinsights.com/ap) using data from Zacks Investment Research. Access a Zacks stock report on CSX at https://www.zacks.com/ap/CSX