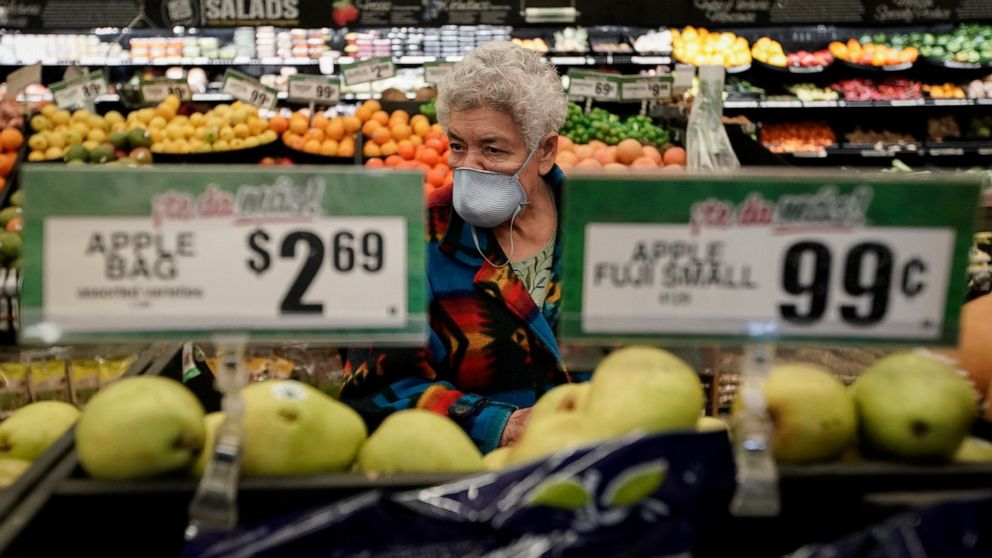 SACRAMENTO, Calif. — Taxpayers will pay restaurants to make meals for millions of California’s seniors during the coronavirus pandemic, an initiative that could pump billions of dollars into a devastated industry while generating sales tax collections for cash-strapped local governments, Gov. Gavin Newsom announced Friday.

Newsom predicted millions of people 65 and over would be eligible for the free food, a figure that could push the cost of the program into the billions for just one month of deliveries. Newsom said the federal government will cover 75% of the cost while state and local governments will pay for the rest.

To be eligible, seniors must either live alone or live with one other person who is also eligible. They can’t earn more than $74,940 per year (or $101,460 for a household of two) and they must have documented exposure to the coronavirus. Anyone already getting money from other federal food programs would be ineligible.

California has about 5.7 million people 65 and older, of which about 1.2 million live alone. A qualifying senior will get up to $66 per day for three meals at local restaurants that meet certain criteria.

“This will allow for the ability for restaurants to start rehiring people or keep people currently employed,” Newsom said. “We will provide an unlimited number of meals.”

Local governments will choose which restaurants will make the food and get the money. But restaurants have to meet nutrition guidelines. Meals can’t have too much sodium and lunch and dinner must have at least one piece of fresh fruit or vegetable.

“We really want to focus our values throughout the state of California,” Newsom said.

California has been under a mandatory stay-at-home order since March 19 and restaurants aren’t allowed to seat customers. Many restaurants have tried to shift their business to take-out and delivery, with varying levels of success.

California restaurants have either laid off or furloughed 70% of their workers since March, or about 1 million people, according to a survey by the National Restaurant Association.

“We have fielded a crush of phone calls from restaurants eager to participate,” said Jot Condie, president and chief executive officer of the California Restaurant Association. “This could perhaps be a lifeline to their survival.”

While taxpayers will cover the food, local sales taxes will still apply. That could be a boon to local governments, which have suffered as sales tax collections have dried up with few people out spending money. The League of California Cities said they estimate local governments will lose $6.7 billion over the next two years because of the coronavirus.

“Assuming that they are careful with the way that the money is spent, and making sure that nobody is getting wealthy or that people are receiving the meals they could have afforded to easily purchase themselves, our sensibilities are not insulted by that,” he said.

California has more than about 40,000 confirmed virus cases and more than 1,500 deaths, according to data compiled by Johns Hopkins University. The number of infections is likely much higher because many have not been tested, and studies suggest people can be infected without feeling sick.

Newsom has said hospitalizations and patients in intensive care units are key statistics for deciding when to loosen stay-at-home orders. Both numbers have been essentially flat for much of the week.

For most people, the virus causes mild or moderate symptoms, such as fever and cough that clear up in two to three weeks. For some, especially older adults and people with existing health problems, it can cause more severe illness, including pneumonia and death.

That’s why Newsom said the stay-at-home orders will likely last longer for people 65 and older.

“Our seniors will continue to be a focus of our energies,” Newsom said.