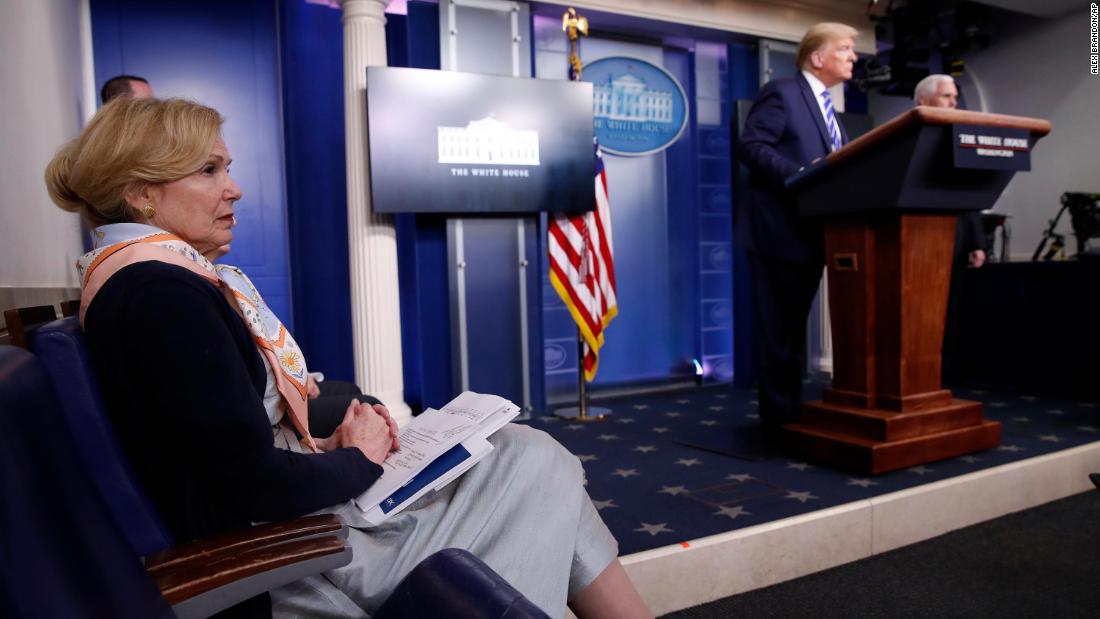 Vice President Mike Pence and the other members of the task force listened to Bryan intently, people familiar with the meeting said. When he was finished, some members of the team encouraged him to refine his presentation. Some openly wondered whether the results were solid enough for public consumption. The task force suggested Bryan, who has extensive military experience but is not a scientist nor does he have a medical background, return with an updated version the next day to take to the President — and to the press.

When Bryan arrived Thursday with a camera-ready presentation, Trump again wasn’t at the 3 p.m. ET coronavirus task force meeting, the sources said. But in the minutes before Trump’s planned early evening news conference, Bryan quickly explained his findings to the President in the Oval Office.

Moments later, Bryan was standing at the White House podium explaining how sunlight, ultraviolet rays and disinfectants — such as bleach and alcohol — could shorten the half-life of coronavirus. 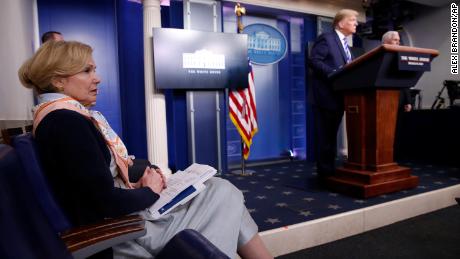 But when Bryan’s explanation ended, things went sideways. As his health advisers looked on expressionless, the President started lobbing questions about whether light or disinfectants could be used inside the human body to cure coronavirus.
Trump and the White House spent the next 24 hours trying to rationalize the comments while health departments reminded Americans that ingesting bleach is lethal. At Friday’s briefing — at 22 minutes, the shortest since Pence got involved with the task force — the President walked off without taking any questions.

The episode, coming as the White House coronavirus task force attempts to turn the page on a generation-defining pandemic, was viewed as an avoidable disaster inside the administration, officials said. Aides said they were foiled by a leader with a penchant for thinking out loud and following his own instincts over those with expertise or specialized training.

Explanations for the episode varied. The White House press secretary insisted in a statement Friday that Trump was being taken out of context by the media. The President himself claimed disingenuously that he was being sarcastic. The White House coronavirus response coordinator, Dr. Deborah Birx, said Trump was merely talking through new information out loud. 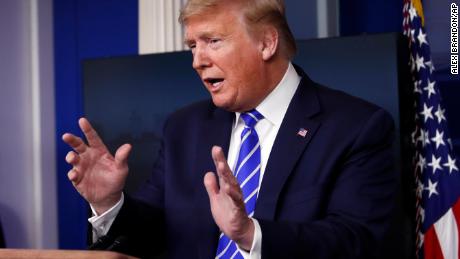 “I think he just saw the info at the time, immediately before the press conference, and he was still digesting the info,” she said in an interview on Fox News.

Whatever the explanation, the comments threw the White House’s attempts at wartime messaging off-kilter. Widely mocked and hastily rebutted by health experts, Trump’s musings about the potential treatments prompted exactly the type of negative headline to which he’s become highly attuned as he weathers the biggest crisis of his presidency.

People close to the President who speak with him often describe a leader who has become more sensitive to criticism in the last several months as his reelection nears, the economy craters and his handling of the coronavirus outbreak draws scrutiny.

Those sources say Trump has complained more about media coverage than ever, which many believe is grounded in his isolation at the White House: Like most Americans, he cannot leave his home for a round of golf or lunch with old friends at the club.

He has grown irritated by the aides who now surround him inside the White House. And he is adjusting to a new chief of staff, former Republican Rep. Mark Meadows, which has resulted in late-night phone calls and a reckoning on how the West Wing is run. 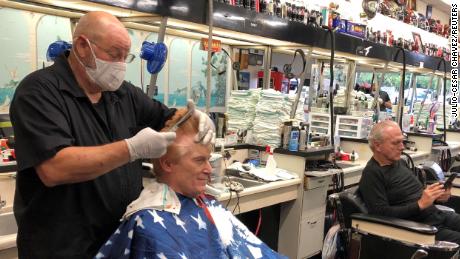 People who watched the last three chiefs of staff said the President often called them nonstop at the beginning of their tenure, no matter the hour. As he grows frustrated that he has received no praise for his response to the coronavirus, complaining there are not enough people on television defending him, his outreach to underlings has scaled up.

This week, aides seemed to coalesce around a decision to curtail the daily press briefings, which have become airing grounds for the grievances Trump builds up over the course of the day, starting early in the morning as he watches television in his residence.

Speaking to foreign leaders from the third floor of the White House, Trump has attempted to adopt a statesmanlike air, according to people familiar with the calls. But even there, his complaints about not receiving positive recognition for his efforts have seeped in.

According to one person close to the task force, the meetings become more prolonged if Trump attends and often go off script. When Pence is at the helm, aides say, they usually tick through the agenda rapidly. Trump comes to roughly one briefing a week. At times, 10 days or more have passed without him attending.

In the early days of the outbreak, the task force — which was officially convened in January under the direction of Health and Human Services Secretary Alex Azar — was rife with bureaucratic infighting, loose areas of responsibility and a lack of communication, according to people familiar with the matter.

One change Pence brought to the panel when he assumed control at Trump’s direction was a seating chart, which changes daily based on the assigned topic for discussion. Officials decided early in the task force’s life to convene meetings in the basement Situation Room, the windowless crucible where top-secret national security discussions are sometimes held and where presidents have monitored raids to take out terrorists. 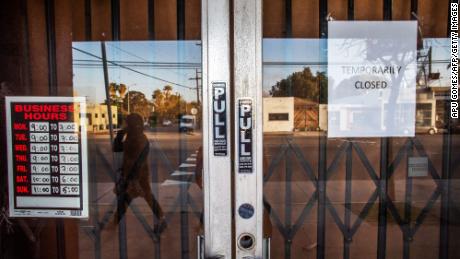 One goal of the venue is to limit the number of extra staff in the room for meetings, because there are a limited number of seats at the table and along the wall. The space is also meant to convey the sense of seriousness of purpose that Pence and other officials have sought, even before Trump declared himself a wartime president.

And, officials say, the setting is designed to cut down on leaks from the meetings, as fewer people can attend.

Sometimes, the meetings begin with a prayer — something Pence has done before important sessions in the past that he’s carried into the task force sessions. Afterward, Pence opens the meeting by laying out an agenda he’s prepared based on that day’s most pressing needs — often including whatever Trump seemed focused on during their phone calls earlier in the day.

Birx often speaks first, relaying the latest data from states. Other agencies are invited depending on what’s on the agenda for the day.

Trump often turns up when he’s not expected. His presence often throws the meeting well off its assigned agenda and frequently centers on how his performance is being viewed in the media or in polling.

More often than not, however, senior members of the task force brief Trump in the Oval Office after their formal meeting in the Situation Room — as they did this week, when the official from the Department of Homeland Security offered Trump a presentation on the effect of sunlight and disinfectant on the virus.

Trump seemed enthusiastic about the presentation and asked the official, Bryan, to deliver it again to reporters during the daily early evening press conference. But Trump did not let on that he would raise the idea of using light and disinfectant as treatments while he was in front of the cameras, a move that took many aides by surprise. Some aides, like Meadows and newly installed press secretary Kayleigh McEnany, voiced concern that Bryan’s presentation had not been thoroughly vetted and was prematurely presented to the President, three people familiar with what happened later said.

The medical musings the country witnessed on Thursday were familiar to members of the task force, however, who have listened silently as Trump raises various medical theories with little basis in science or fact.

Some members of the task force, including Dr. Anthony Fauci, are outspoken in debunking some of Trump’s claims, including on unproven treatments.

But others on the panel, such as Birx, have adopted a different approach. Aides describe her as patient in meetings with the President, even when he is offering lengthy his medical opinions or theories. Instead of interjecting or cutting him off, she has waited for him to finish before laying out more reality-based ideas.